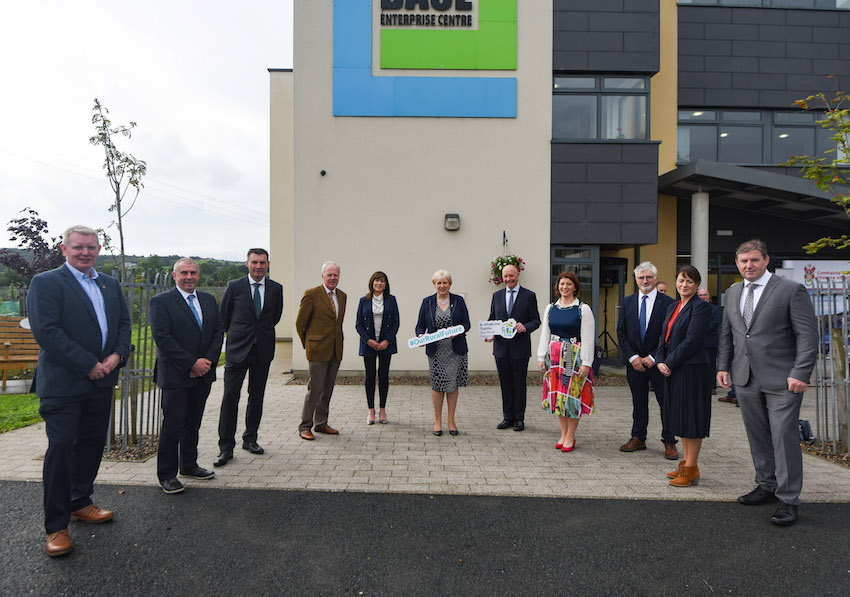 Minister for Rural and Community Development, Heather Humphreys, today officially opened the new DigiHub at The BASE Enterprise Centre in Stranorlar.

The DigiHub, which received funding through the Rural Regeneration and Development Fund and the Connected Hubs Fund, was developed by the Western Development Commission in partnership with Donegal County Council and local social enterprise, BASICC.

It is also the latest Hub to receive free SIRO powered one Gigabit broadband connection, provided by Vodafone.

It has a range of options available for remote workers, start-ups and established businesses with hot desk and start-up space on flexible arrangements, office units of various sizes, training facilities, and a range of meeting rooms.

The development of digital hubs in rural areas is a key goal of ‘Our Rural Future’ the Government’s new rural development strategy, which aims to revitalise towns and villages, promote remote working, and ensure balanced regional development. 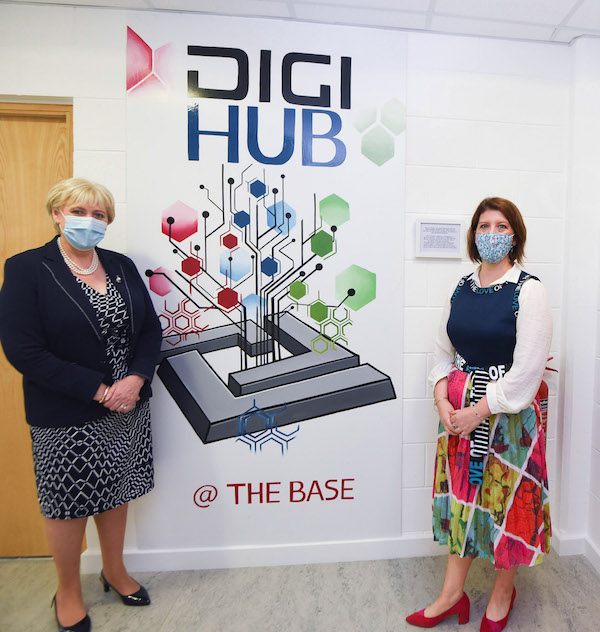 Heather Humphries, Heather Humphreys TD, Minister of Justice, Social Protection, Community and Rural Development and the Islandsat the opening of the DigiHub with Leah FAirman, Manager BASICC at the BASE, Stranorlar part of the DigiWest Connected Hubs Network. Photo Clive Wasson

Speaking at the opening of the DigiHub, Minister Humphreys said “This fine facility is one of four digital hubs along the Western Seaboard that received almost €650,000 under my Department’s Rural Regeneration Development Fund.

“All four of these hubs are members of the Connected Hubs initiative, which is the Department’s platform of mapping together all of the hubs across the country so that they belong to one single network.

“The Connected Hubs Network continues to grow with 140 hubs now active members with this number growing every single week.

“To support the continued development of this network, I recently announced over €8.5 million euro in funding through the Connected Hubs fund.

“And I was delighted to see €67,000 of this funding awarded to this facility in Stranorlar to support further expansion later this year.” 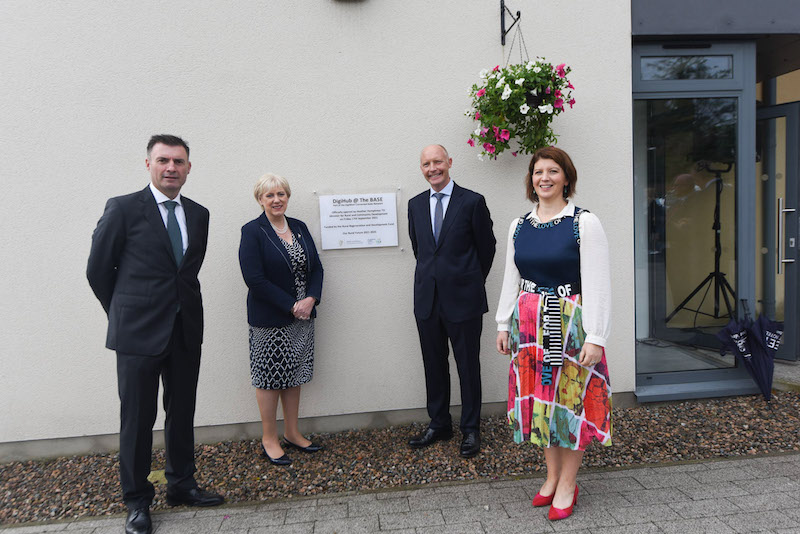 Western Development Commission CEO, Tomás Ó Síocháin commented: “The Base is a focal point and a driver for economic and community development in Stranorlar.

“As part of the national connectedhubs.ie network, The Base offers remote workers cutting edge facilities and excellent connectivity on their doorstep, the opportunity to both build a career in the northwest and improve their quality of life.”

While in Stranorlar, the Minister visited the site of the old Ritz Cinema to inspect plans for a large-scale regeneration project, speaking about the project the Minister said:

“I am delighted that my Department will invest nearly €9 million in this project through the Rural Regeneration and Development Fund.

“This along with additional funding from Donegal County Council, will deliver a new enterprise centre and a multi-functional civic space which will breathe new life into the town and surrounding area.

“The Government is committed to supporting large-scale regeneration projects such as this, particularly through the Rural Regeneration and Development Fund which has approved over €30 million for projects in Donegal alone.” 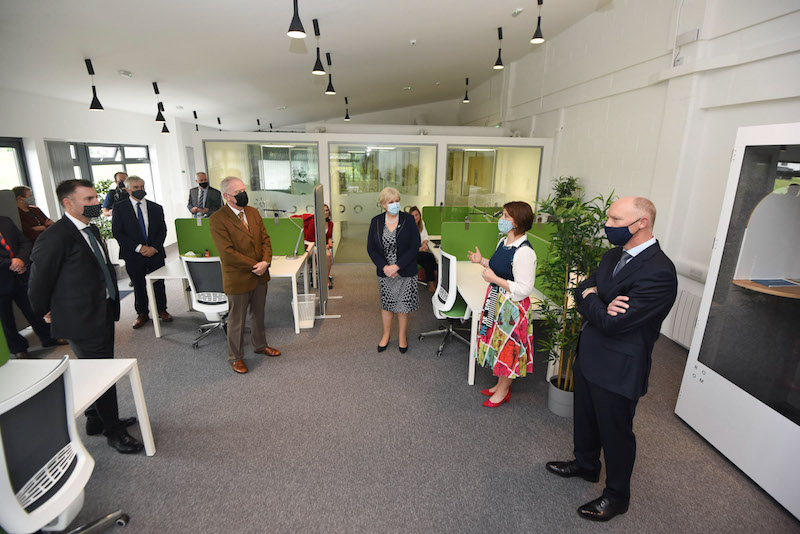 Heather Humphries, Heather Humphreys TD, Minister of Justice, Social Protection, Community and Rural Development and the Islandsat the opening of the DigiHub at the BASE, Stranorlar part of the DigiWest Connected Hubs Network. Photo Clive Wasson

The Minister then went on to Balor Theatre, Main Street, Ballybofey where she launched Donegal’s WiFi4EU initiative.

There are now 75 free wifi access points across 56 towns and villages throughout the county.