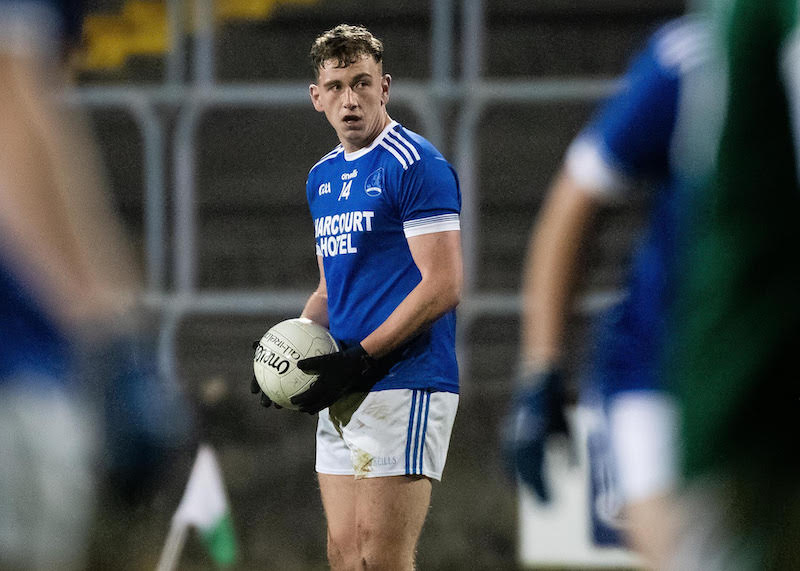 Naomh Conaill get past Glenfin to start 2021 Championship with victory

THERE might still be a question mark over the 2020 Championship, but Naomh Conaill began their 2021 Donegal SFC with a three-point win over derby rivals Glenfin.

Martin Regan’s team – a month after winning a dramatic 2020 final that remains up in the air amid a pending appeals process – weren’t at their best, but remained in control against a game Glenfin.

The winning of the game came in the third quarter when Naomh Conaill moved five in front, but they just had a kick of a ball to spare at the end.

The Glenties rainfall made conditions tricky and it was an hour littered with handling errors. As a spectacle, it won’t be remembered as a classic, but for Naomh Conaill it’s a case of job done.

The teams were level five times in a low-key first half that ended with Jason Morrow levelling for Glenfin to make it 0-6 apiece at the break.

When the Naomh Conaill rearguard opened for Glenfin full-back John Harkin to continue his forage forward in the 14th minute, McGrath again got a hand behind the effort at the expense of a point.

This was a third successive SFC meeting of these sides with Naomh Conaill powering to a 2-16 to 0-5 win last year after being pushed to the pins of their collar for a 1-14 to 0-13 success in Glenswilly; both of those meetings in quarter-final ties.

Three-in-a-row from Ciaran Thompson – a ’45 after Mac Ceallabhuí was denied by Andrew Walsh – Dermot Molloy and Thompson again, from a free, turned the tables.

A month ago, Thompson buried the dramatic penalty that gave Naomh Conaill a 4-2 penalty shoot-out in the delayed 2020 final against Kilcar. A subsequent appeal by Kilcar is still going through the disciplinary channels, having been sent back to the Donegal CCC by the Ulster Council.

Naomh Conaill have possession of Dr Maguire and were keen to begin their latest quest for glory on a winning note.

Brady and Morrow were on the mark to keep Glenfin on level terms at the changeover.

Glenfin’s first point of the second half didn’t arrive until the 46th minute, Ward arching over a free from distance.

By that stage, a flurry of four points in three minutes had Naomh Conaill five to the good.

Charless McGuinness (pictured) fired them in front just after the restart.

Molloy, Ethan O’Donnell, Mac Ceallabhuí and McGuinness widened the margin, Naomh Conaill 0-11 to 0-7 in front by the second water break.

A pair of late frees by Ward moved Glenfin closer, but those frees proved footnotes in the afternoon’s story.