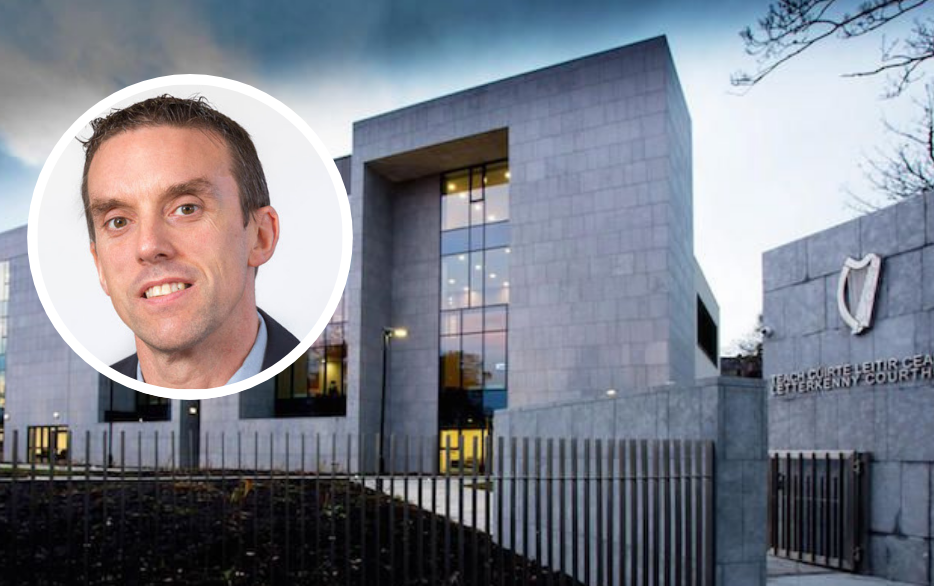 DONEGAL’S new District Court Judge has vowed to clear the massive backlog of cases in the county.

Judge Raymond Finnegan is presiding at Letterkenny District Court for the first time today having been appointed to District Number 1 in May.

Judge Finnegan succeeded Judge Paul Kelly, who sat on the bench for 11 years until his appointment as President of the District Court.

A pile-up of cases has resulted in hearing dates for some matters being pushed back by as much as 12 months.

“That will change,” Judge Finnegan said.

“I will adopt a reasonably strict policy of no more than two adjournments in a case. After the second date, it will be very hard to get an adjournment. Unless there are very good grounds, that won’t change.

“We need to make sure that the list moves. Twelve months for a hearing is not justice for anyone.

Judge Finnegan is a native of Kells in County Meath and was previously a solicitor with Liam Keane and Partners.

The 48-year-old is a keen GAA fan, a staunch Meath supporter and is a member of the Referees Committee.

He was officially welcomed to Letterkenny courthouse by Head of Office Geoffrey McGonagle.

“My middle name is speed,” Judge Finnegan said. “I move fast and I expect everyone else to move fast.

“The court lists are very large at the moment,” Superintendent Finan said.

“I’m delighted to welcome Judge Finnegan as a permanent appointment to Donegal and delighted to hear what you have said about the efficiency with which you will run through matters.

“Anything we can do in An Garda Síochána we will do it., We have an excellent relationship with court staff and any problems that do arise don’t hesitate to contact us.”