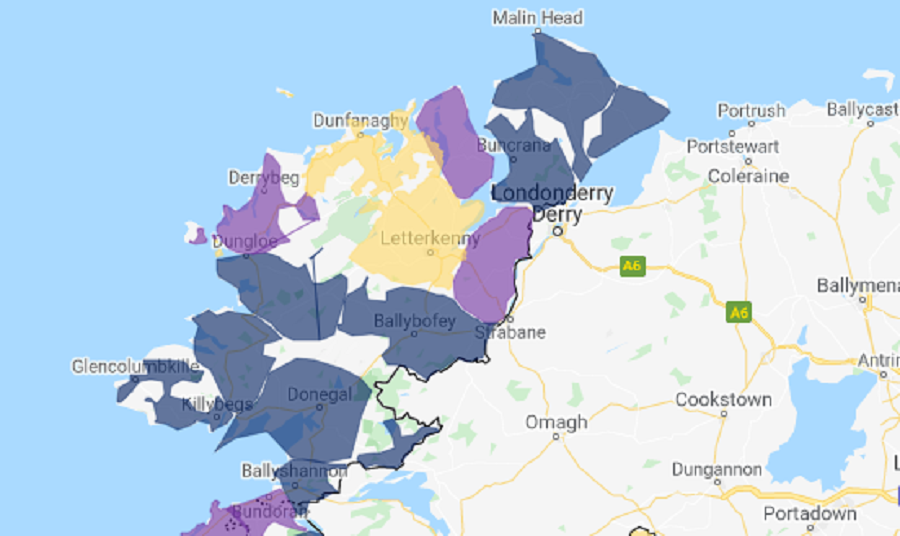 Many homes in Donegal will not be connected to high speed fibre broadband until 2026 or 2027, it has been confirmed.

The Minister for Communication Networks, Eamon Ryan has been asked to urgently meet with a cross party delegation of Donegal County Councillors and TDs over the roll-out of the  National Broadband Plan in Donegal.

There are 32,483 premises in rural parts of Donegal waiting on a connection. Inishowen and a large area of south Donegal have anticipated connection dates of January 2025 – December 2026.

However, it may be later, according to Donegal Sinn Féin TD, Pádraig Mac Lochlainn.

Deputy Mac Lochlainn said: “Today at a meeting of Donegal County Councillors and TDs, we were provided with confirmation from National Broadband Ireland who are responsible for rolling out the National Broadband Plan, that many homes in Donegal will not be connected to high speed fibre broadband until 2026 and 2027. This is just unacceptable and I am calling on Minister Ryan to intervene and ensure that thousands of Donegal are not left behind for years more.

Deputy Mac Lochlainn is urging the government to engage with local representatives to speed up the process in Donegal.

He said: “If the government are serious about counties like Donegal benefitting from the new opportunities provided by “blended working” and working from home, then they need to step up and get this plan pushed on from these unacceptable timeframes. Minister Ryan needs to intervene and meet with a cross party delegation of Donegal County Councillors and Oireachtas members as soon as possible.”

Thousands of Donegal homes to wait until 2026/2027 for high speed broadband was last modified: September 20th, 2021 by Staff Writer
Facebook0Tweet0LinkedIn0Print0