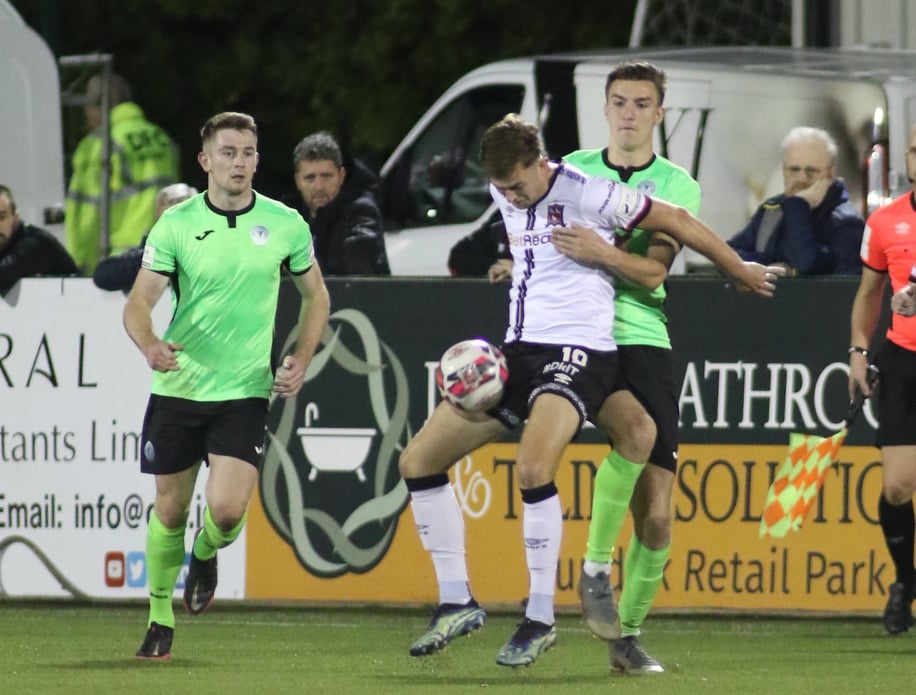 Neither side could produce a normal time winner, but Pat Hoban and Michael Duffy struck in extra time to send Vinny Perth’s team into the last four.

Boyd rescued Friday night’s tie with a late double, including a last-gasp equaliser. The Dubliner, who scored the 95th minute goal that sent the quarter-final to a replay, was included in the starting XI for this one. 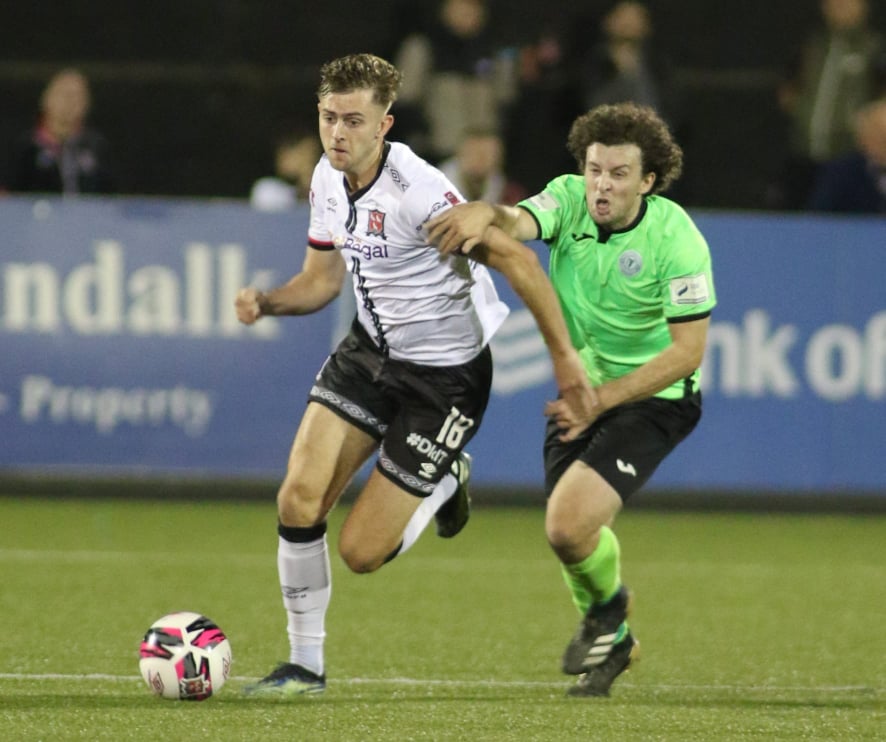 Dundalk had an early chance in the second minute when Duffy’s low cross across the six yard line was just missed by the inrushing Sami Ben Amar.

In the 12th minute Boyd forced a good save from Cherrie with a well struck free-kick from 25 yards.

In the 21st minute it was Dundalk’s turn to give the ball away and Cherrie had to make a good save diving to his left from Barry McNamee’s stinging shot from 25 yards.

Harps had another chance in the 25th minute, Raivis Jurkovskis attempted to to see the ball over the end-line but Karl O’Sullivan was quick to rob him and find Owolabi but the striker was unable to get a shot away under pressure.

Boyd hit the woodwork and Tunde Owolabi’s follow-up was blocked by Cherrie, but it was a second-half of few chances.

A long throw-in by David Webster in the 55th minute caused some problems for the Dundalk defence but when the ball did get cleared Michael Duffy outpaced Ethan Boyle into the penalty area and only good defending by Barry McNamee and Shane McEleney denied the winger, who always looked dangerous in possession.

Another good Harps move ended disappointingly with Ethan Boyle blazing the ball over the bar in the 73rd minute and when Dundalk next attack was looking dangerous , Kosavar Sidiki made a super tackle to deny Sean Murray a goal scoring opportunity. 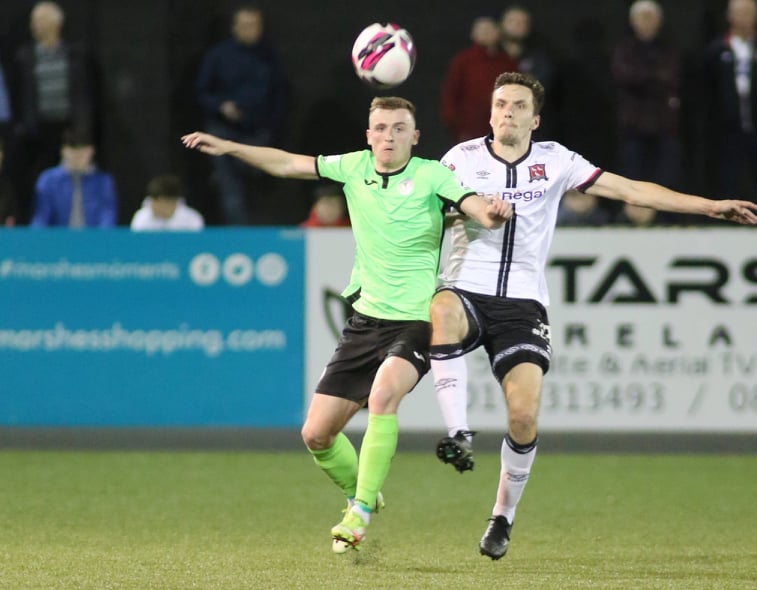 In the 105th minute, Duffy delightfully curled a free kick past Doherty. The goal from the former Kildrum Tigers youth sealed Dundalk’s passage to the semi-finals.