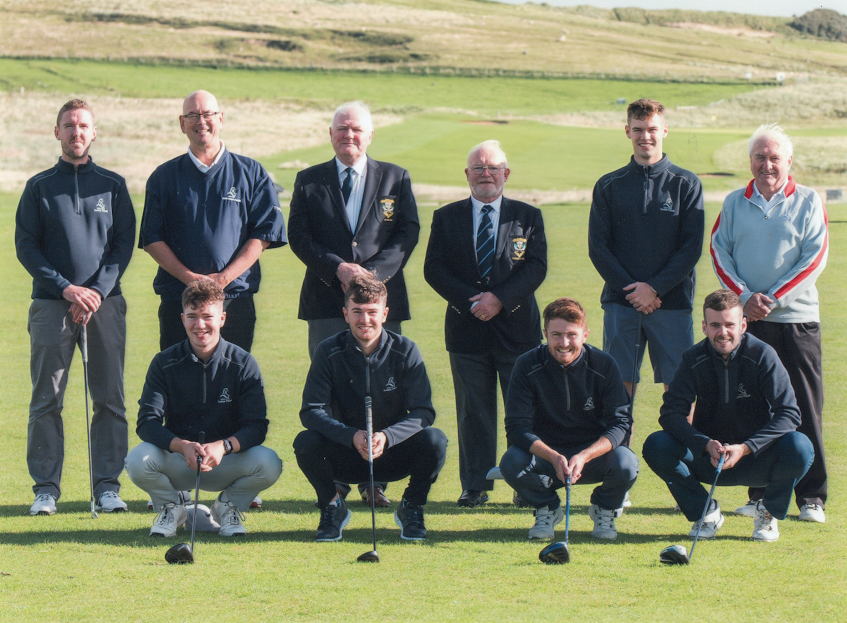 LETTERKENNY Golf Club’s Mixed Foursomes are participating in the All Ireland Finals at Strandhill Golf Club on 29th September.

Celine Markey, Simon Stephens, Monica Mc Donagh & Eileen Williamson.  Only two other Donegal clubs, namely Ballybofey/Stranorlar and Rosapenna have a mixed foursomes All Ireland pennant hanging in their clubhouses. Letterkenny are hoping to take a step towards joining them in their achievement.

In the Senior event which features the very best players in the county Letterkenny triumphed over Donegal Golf Club and in the Junior event Letterkenny players managed to overcome a valiant North West Team.  The Senior Team captained by the popular Peter Dobson defended the title they won last year to make it three victories in four years.

The Junior side captained by Kevin Kiely standing in for  Barry Kavanagh made up for previous disappointments to finally get their hands on the pennant. Donegal captained by John Neary were magnanimous in defeat and John acknowledged the quality of the opposition. North West captained by Brian Griffin can count themselves unlucky as they looked good for a win at one stage. 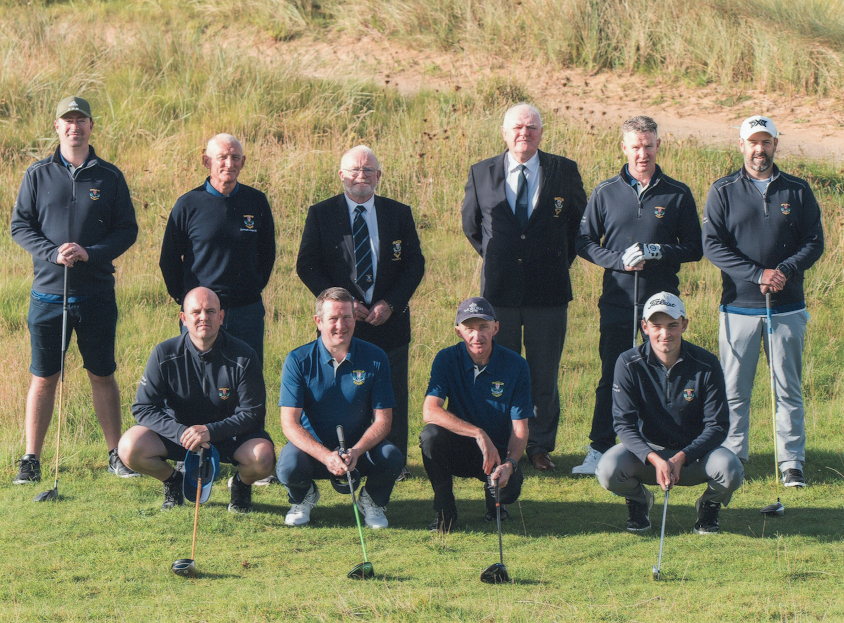 The golf in the senior event was sublime with more that half of the players playing off a ‘plus’ handicap. Cian Harkin was the talisman for his team by shooting five birdies and an eagle in an amazing match against David Connellan.

Cian closed out the match on 17 with yet another birdie. Ryan Griffin winner of the Scratch cup at B&S yesterday followed his friend Cian and won a tight battle against Donegal’s Kevin Connelly on the 18th.

With Jamie Foley behind but on the fairway at 18 one down to John Neary news came through that young Christopher Duffy had managed to beat Darren Rafferty with a blistering display of regulation Golf. Simon Stephens suffered a rare defeat to Donegal’s Shaun Meehan but he and super sub Darragh McMenamin were  happy to join his team mates in celebration.

The sun shone and the matches were all played in a very sporting manner. The Rosapenna staff  served up a lovely meal afterwards. Martin Flemings fine photographs were presented to the players as a momento of another  beautiful day on the golfing  paradise we are blessed with here in Co Donegal.

The Minor League Team played in the Semi Final against Cloughaneely also on Sunday. Kevin Roache put a strong team together playing three away and two matches at home.  Letterkenny had a convincing win on the day.

The away team Chris Nee and Tony Duffy won 3/2, Tom Mc Donagh and Danny Mc Laughlin won 4 and 3, Joe Mc Manus and Peter Mc Grath halved the match on 18th.  At home, Tommy Greally and Ciaran Herron won on the 14th hole while Michael Shiel and Donal Murphy were dormy on the 17th when called in due to the required matches already having been won.  Letterkenny are now in the Final and go on to play Nairn/Portnoo in a two leg match.

Trevor Hay won with 2 pars beating Dominic Deeny in a card play off.

Darragh Walsh won with 1 birdie and 9 pars beating Finian Ferry in a card play off.

Tom Redden won with 5 pars beating Michael Bryce in a card play off.