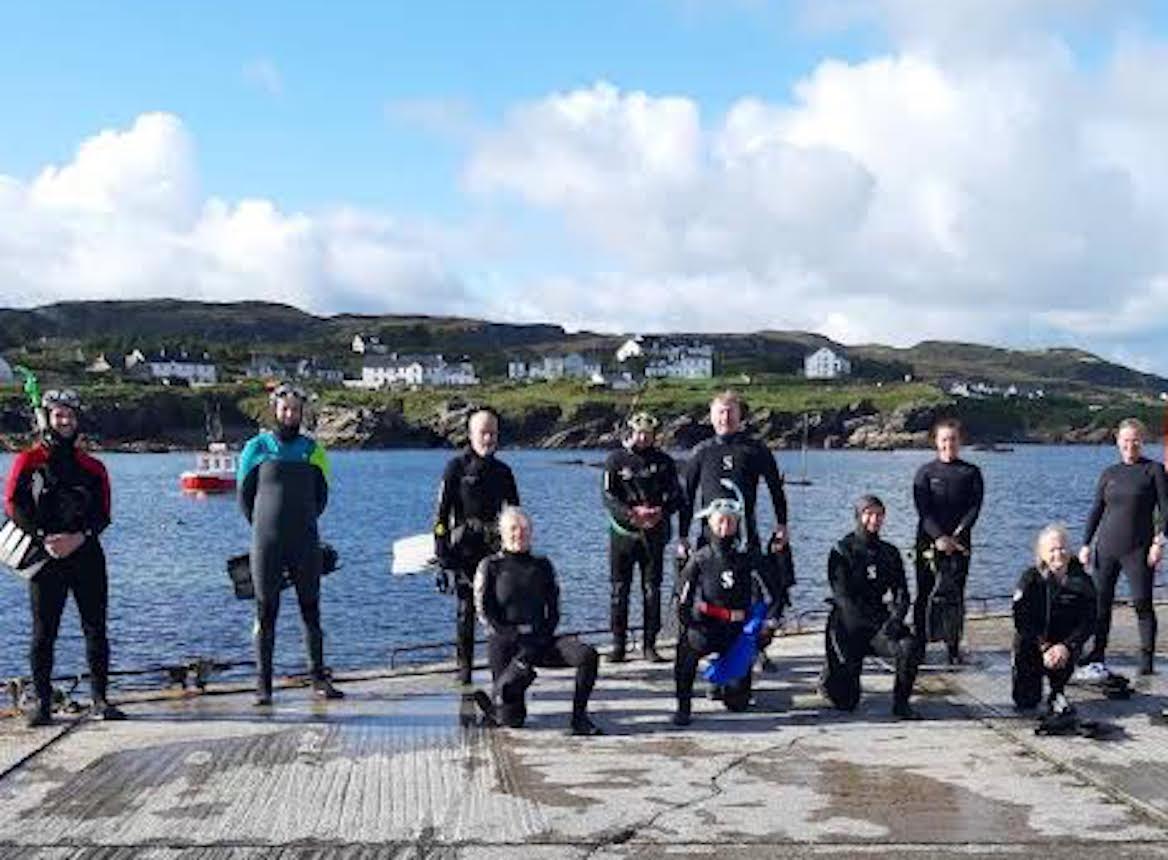 SHEEPHAVEN divers continued to make the best out of the mild September weather that has been a feature of the recent weeks, with water temperatures continuing to stay at a very comfortable 16 degrees Celsius.

There were Club in-water activities on Wednesday evening, along with Saturday and Sunday mornings, all of which were very well attended indeed.

Last Wednesday’s Portnablagh dive and snorkel was in the gloaming, the atmospheric conditions of the fading light of a September evening, where the club members enjoyed a relatively calm sea and good company.

Saturday morning’s dive was a return to the Laurentic where the divers, led by David McGloin, conducted a 40 minute dive that involved a 28 minute bottom time on Nitrox 28 and a 12 minute decompression with two stops.

In-water visibility wasn’t great but the divers started at the boilers and then circled around the wreck to return to the shot-line and the assent to the surface at a regulated pace of no greater than 10 metres per minutes.

Sunday morning’s activities were divided into two locations, with divers back in Rathmullan for a boat dive under the cliffs under Knockalla Fort, while the snorkelers were once more led out by Hugo McFadden from Portnablagh.

The divers conducted a 40 minute dive to a maximum depth of over 20 metres and in addition to observing quite a diverse and abundant eco-system also came across the remains of the anti-submarine boom that is a relic of WWI.

It was part of a fortification that spanned Lough Swilly from Knockalla to Fort Dunree and was installed after the British Fleet temporarily abandoned Scapa Flow at the on-set of WWI, when reports came through that a German U-Boat had infiltrated what was then the base for the British Grand Fleet.

Until adequate defences were put in place the Grand Fleet was divided into two Squadrons, with one stationed in Lough Swilly as it was considered to be an anchorage that could be defended more easily.

The observed cylindrical object, approximately 10 metres long and less half a metre wide, is now heavily encrusted in marine growth but is reported to be a part of naval boom that was in place during WWI.

The return to Rathmullan and the recovery of the dive boat finished another wonderful week of Sheephaven SAC diving.