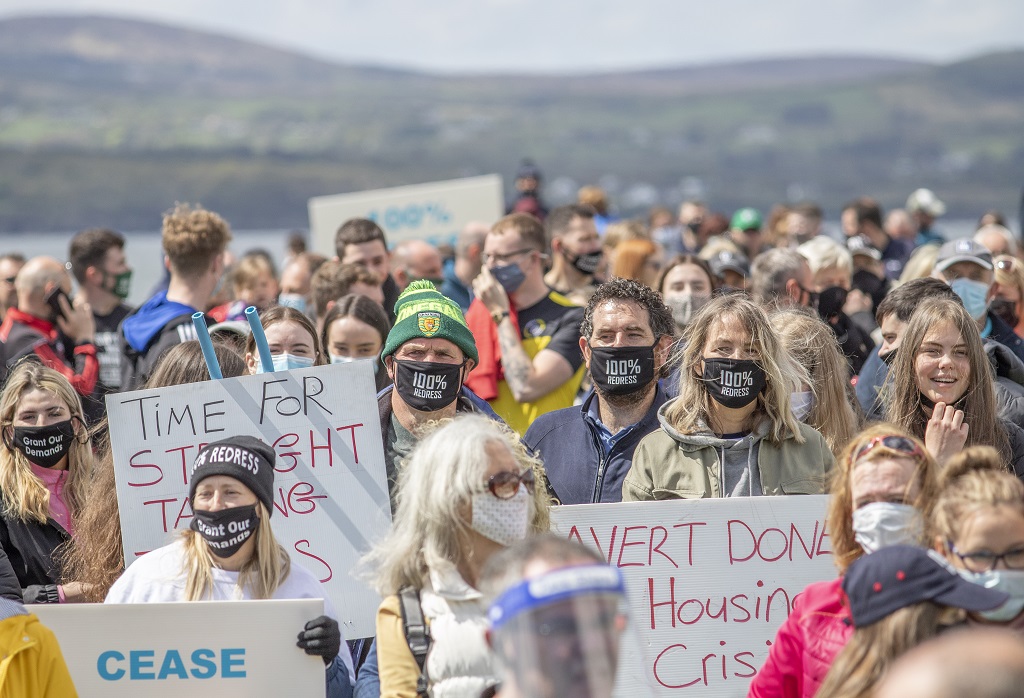 Mica: 100% redress being considered for ‘most’ homes – report

The government is considering changing its position to deliver 100% redress for the majority of Mica homes, according to reports.

The Irish Examiner reports today that a new cap of €500,000 may be placed on redress payments. This would enable the majority of homes to be rebuilt within the limit.

Independent TD for Donegal, Thomas Pringle, has credited mica campaigners for moving the Government’s position on the issue.

He is now pushing for a timeline for the Government’s response.

Addressing the Dáil today, Deputy Pringle said that a ‘senior government source’ is briefing the media that 100 per cent redress is being considered by the government.

Deputy Pringle said: “This is some position shift from your own statements of last week. And as always there are caveats with this latest kite-flying exercise. Testing the waters to see what might be acceptable. Nothing new to see this government all over the place on an issue.

“I have to say fair play to the Donegal mica redress campaigners as the pressure of their protest is clearly moving your government’s position on the issue in the right direction by the day. And their message is clear: 100 per cent redress, nothing less.

“So my question, Tánaiste, is this: Will we see a cabinet decision on mica redress in the first week of October as the Taoiseach said in New York last night or should we expect more delays from your government?”