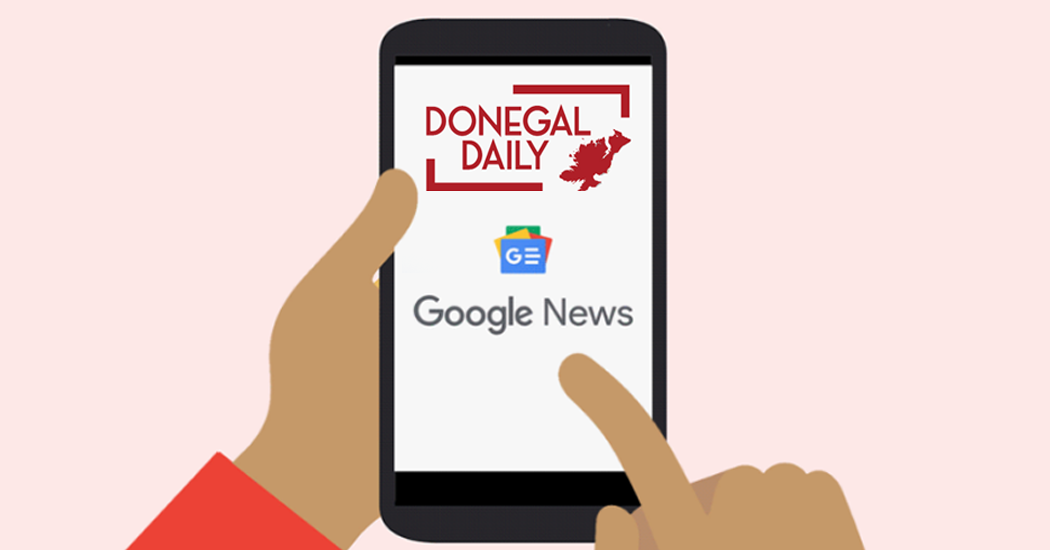 Google has announced today that it has signed agreements with seven  Irish news partners including Donegal Daily, The Irish Times and The Journal, as part of a new initiative to support Irish media.

There are seven publishers currently taking part that represent almost 40 publications and a mix of local, regional and national news organisations from across Ireland. Google plans to roll out News Showcase to readers in Ireland in the coming months.

Google News Showcase supports news publishers by giving them a new way to curate their high-quality content on Google’s News and Discover platforms, connecting their readers with the news that matters to them and a deeper storytelling experience.  It is supported by Google’s $1 billion global investment in news.

Stephen Maguire, editor of Donegal Daily said “Donegal Daily is delighted to team up with Google on the Google News Showcase project. This gives us the opportunity to pursue our goals of bringing more trusted news to our local readers and eventually further jobs to the company.”

Liam Kavanagh, Managing Director of the Irish Times commented, “The Irish Times agreement with Google is a welcome acknowledgement of the value of trusted news sources in modern democracies. It means titles in The Irish Times Group have more support to provide high quality, independent journalism to a wider audience.”

“News Showcase is a valuable tool in our organization’s mission to provide open access to valuable journalism in Ireland,” says Adrián Acosta, the CEO of Journal Media.  “Presenting headlines with meaningful context in Google News is a better news experience for the public. It builds users’ understanding of the news and the value of journalism. We are delighted to be part of this project.”

“As one of the leading local news publishers in Ireland, Celtic Media Group welcomes the opportunity to be a launch partner for Google News Showcase,” says Frank Mulrennan, the CEO of Celtic Media Group.  “We see it as a real opportunity to further build our audience through the enhanced profile of the panels which then drive readers back to our publisher sites for the fuller story.  We have been impressed by the News Showcase induction programme and the ease of panel compilation for our journalists.”

Nearly 1,000 news publications globally have signed deals for News Showcase since last year, in countries including India, Germany, Brazil, Canada, France, Italy, Australia, Czechia, Japan, Colombia, the U.K, Austria and Argentina, with discussions underway in a number of other countries.

Google is one of the world’s biggest financial supporters of news and Google News Showcase is the latest investment in its ongoing commitment to support journalism around the globe. In Ireland, Google supports news publishers in a number of ways, including innovation funding and training, as well as products like Google News and Search which send valuable traffic to news sites.

Anthony Nakache, Director of Online Partnerships, EMEA, Google, said, “We’re excited to announce new agreements with these established, household titles of Irish media including The Irish Times, The Journal and Celtic Media, making Ireland one of the first countries in Europe to roll out News Showcase.

Google is committed to supporting a sustainable news model for publishers across the globe and in Ireland, we look forward to working collaboratively with the publishers to help further connect their news stories and content to their readership, while also expanding on our mission to help people access trustworthy information online and to support an open web for all.”