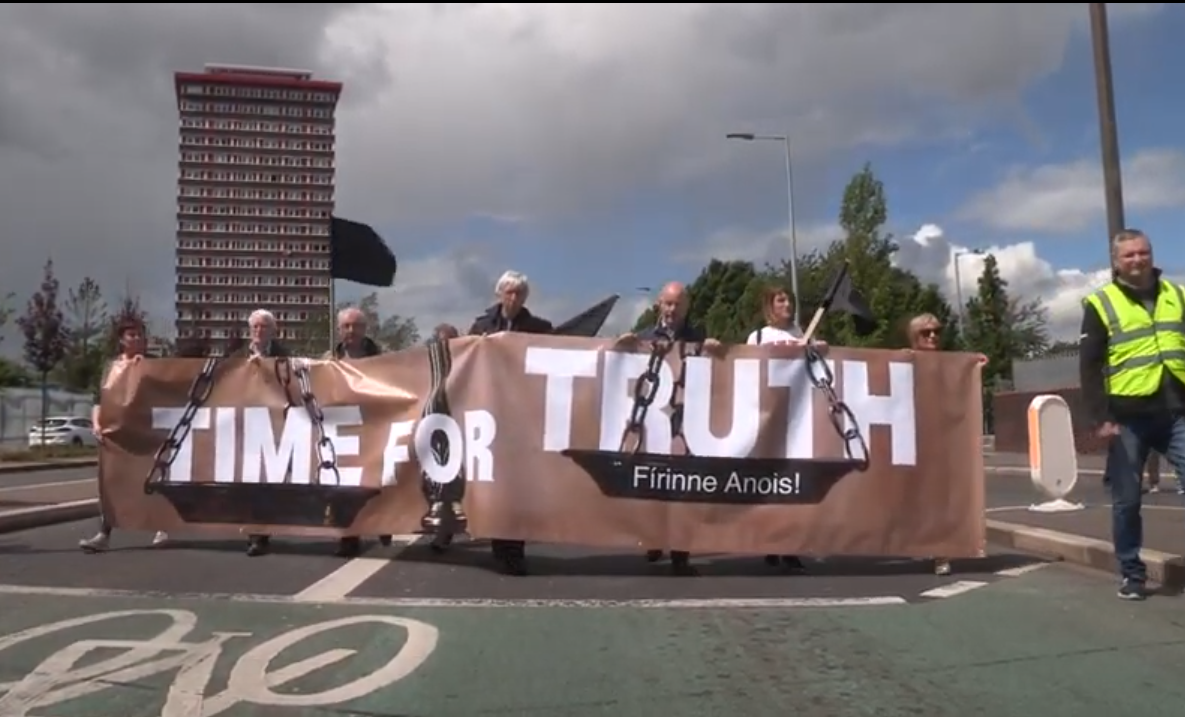 ‘Time for Truth’ rallies to take place tomorrow in Donegal

Tomorrow (Saturday) two rallies will take place in Donegal as part of the ‘Time for Truth Campaign’ as part of a National Day of Action across the island of Ireland.

The families are mobilising in opposition to the British Government’s proposals outlined in its so-called Command Paper on Legacy, Addressing the Legacy of Northern Ireland’s Past.

The Donegal events will take place at 12 noon in Letterkenny, at the Station Roundabout, and at The Stone Jug in Buncrana.

Spokesperson for the Time for Truth Campaign, Ciarán MacAirt said:

“The families of the Time for Truth Campaign are mobilizing against Britain’s insidious and perfidious proposals which would have embarrassed Chile’s Pinochet dictatorship.”

“The families of the Time for Truth Campaign are mobilizing across the island of Ireland to tell Boris Johnson and Brandon Lewis that all families have a right to truth and justice. We are mobilizing to protect our basic human rights and will demand no less than equal access to due legal process and investigations which are compliant with Article 2 of the European Convention on Human Rights.”