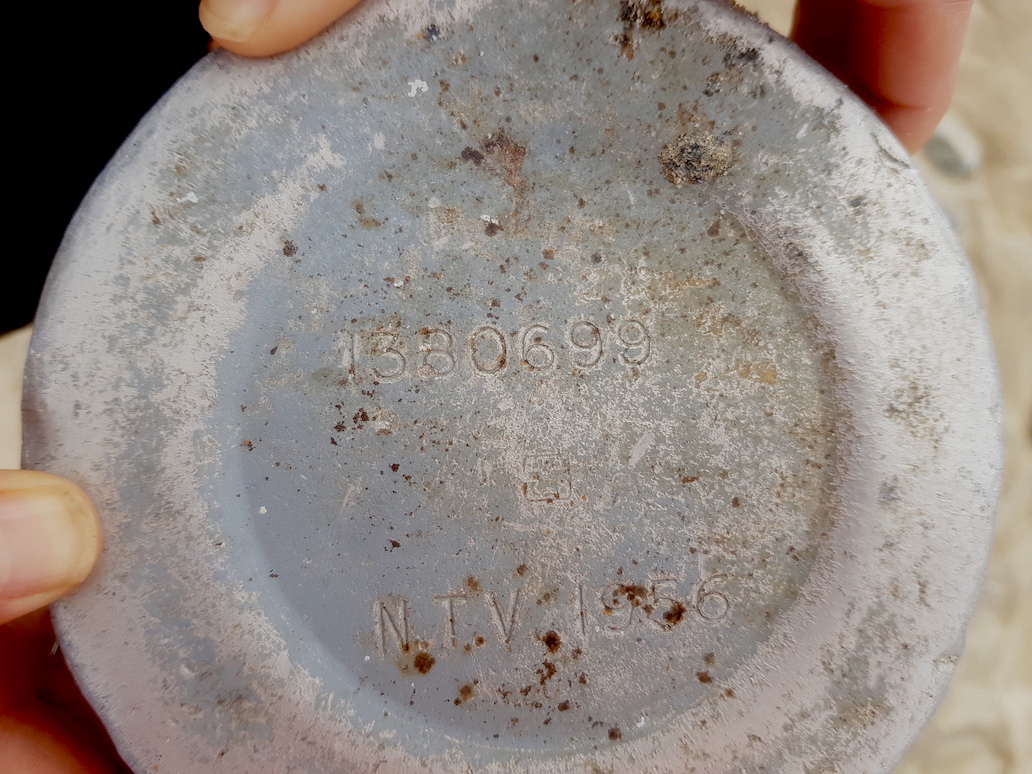 Part of a boat or plane? Mystery object discovered on Donegal beach

A reader is keen to identify a mystery metal object which he discovered this morning on a west Donegal beach.

The man, who did not wish to be named, was strolling along Magheroarty Beach when he noticed a long, cylindrical metal pipe partially covered by sand. 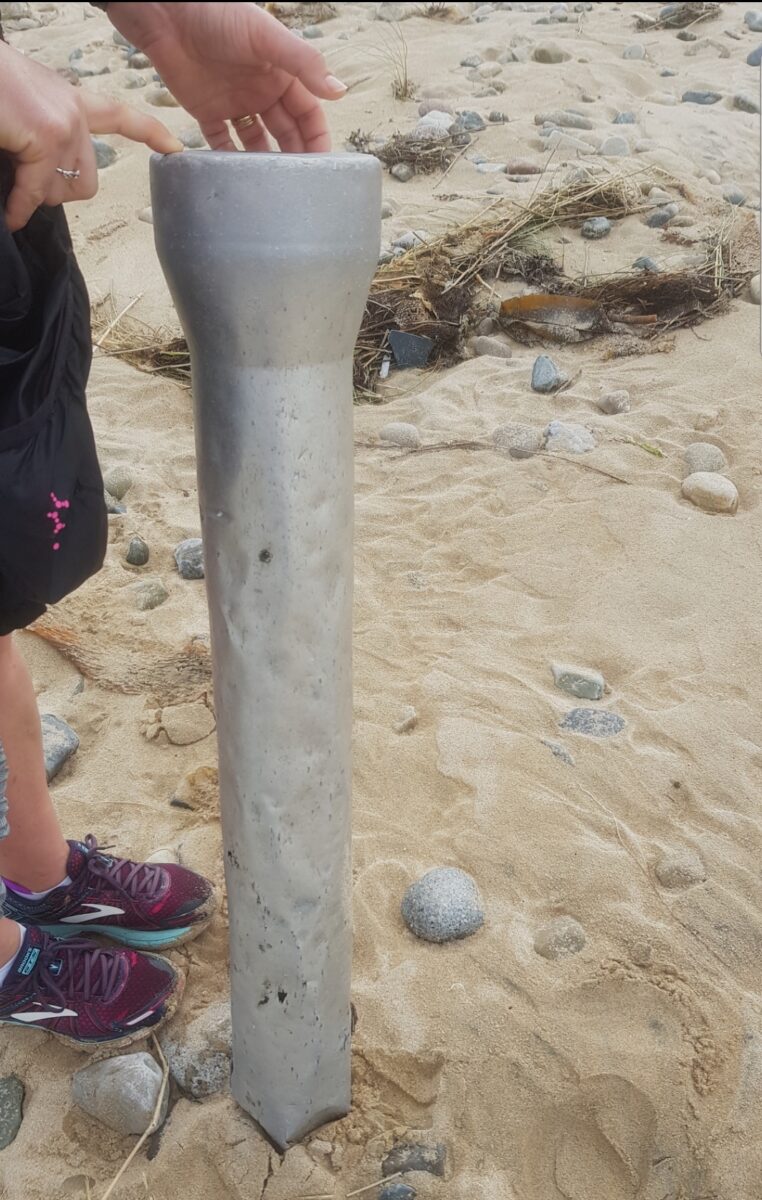 Measuring around one metre in length, he initially thought it was just an old pipe. However, it appears to be dated from 1956 (inscribed N.T.V. 1956) and also includes a number of digits on its base.

If so, drop us a line at info@donegaldaily.com and we will, literally, look into it!