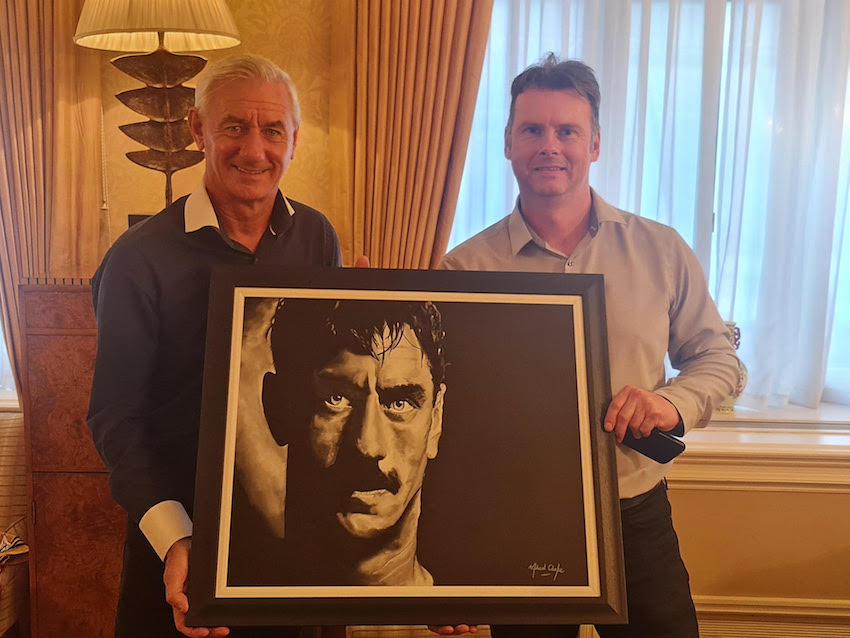 Soccer legend Ian Rush was so taken with a portrait painted by a Donegal artist that he invited him to his house and insisted on getting the picture as a 60th birthday present to himself!

The former Liverpool star’s face has been plastered on bedroom walls and in bars around the globe because of his goalscoring exploits.

But even Rush was left speechless when he accidentally came across the haunting black and white portrait of himself by self-taught artist Michael Clarke.

Clarke, who lives in Carrigans, had played against Rush in a charity game 12 years ago and cherished a picture of the pair together.

He recently decided to paint a portrait from the picture and tweeted the result of his handywork.

Rush came across the picture and immediately asked his agent to get in touch with Michael. 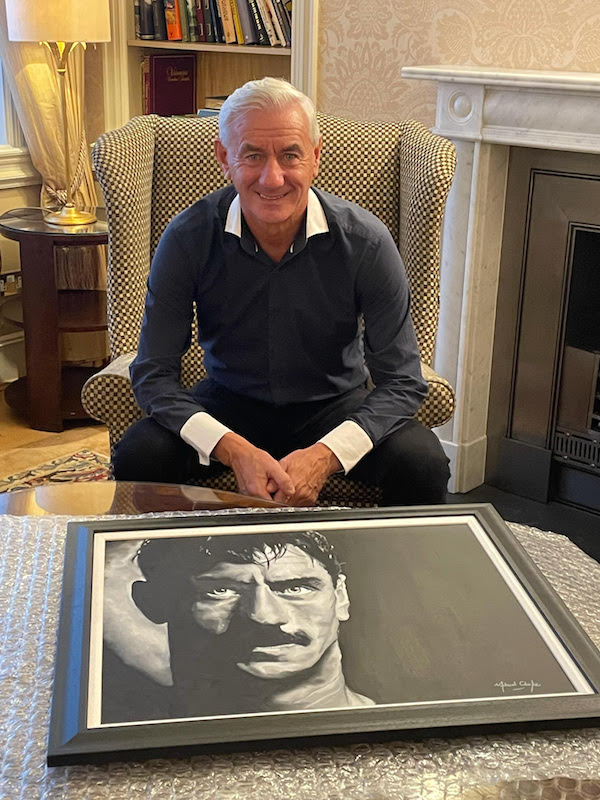 The former soccer star even invited dad-of-three Michael over to his house in Chester in England as he wanted to buy it.

Michael revealed “I always loved sport and I ran and played football for a number of years but had to give up a couple of years back because of medical reasons.

“I wanted to do something with my time and two years ago I began to paint. I really enjoyed it, especially the pictures of footballers and other people from sport.”

However, nothing could prepare Michael, 46, for the reaction after he tweeted his picture of Liverpool legend Rush.

A soccer fanatic having grown up following Celtic FC in Clydebank in Scotland, he was about to get up close and personal with one of his childhood heroes.

“My notifications started to light up and I didn’t know what was doing on. Then a message came through that Ian really liked the picture and he wanted me to contact his agent,” said Michael.

Before he knew it Ian had invited Michael to his home in Chester, England last weekend where he met Ian’s partner who is Irish singer Carol Anthony.

“I spent the afternoon with them and they were so nice and really down to earth. He loved the picture and said he just had to have it as a present to himself for his upcoming 60th birthday (October 20th).

“I was just so delighted that somebody like Ian Rush had liked my picture so much. It was such a compliment,” said Michael.

Rush was so delighted by his portrait and Michael’s talents that he tweeted “Mate you are a legend and an inspiration. Proud to have this painting.”