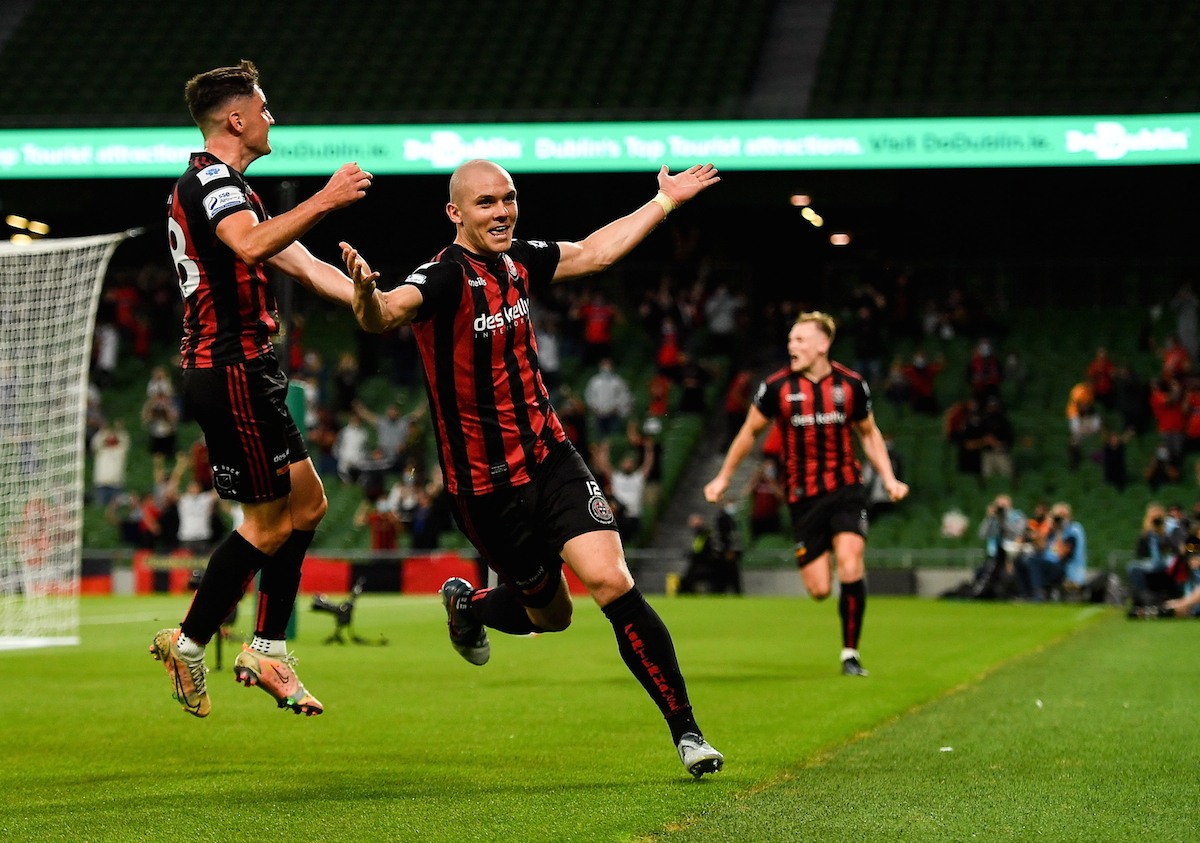 REPUBLIC of Ireland manager Stephen Kenny has told Georgie Kelly to maintain his scoring spree to boost his hopes of an international call up.

Tooban native Kelly has hit 20 goals for Bohemians this season.

Kelly is the Premier Division’s top scorer with 16 goals, adding four European goals to the tally.

“I know Georgie because I signed him at Dundalk,” Kenny said.

“He was a near neighbour of mine in Inishowen.

“I saw him playing for the school team in Buncrana so I’ve known him a long time and he’s done well for Bohemians this year and got a great goal (against Derry) last week.”

Kenny has called up Wigan’s Will Keane as a surprise call-up to is squad for the forthcoming World Cup qualifier against Azerbaijan.

Kenny says Kelly needs to maintain his high scoring over a longer spell to get into the Irish set-up.

“It obviously didn’t go great for him at St Pat’s last year but Bohs has rejuvenated him and hopefully he can keep that going.”