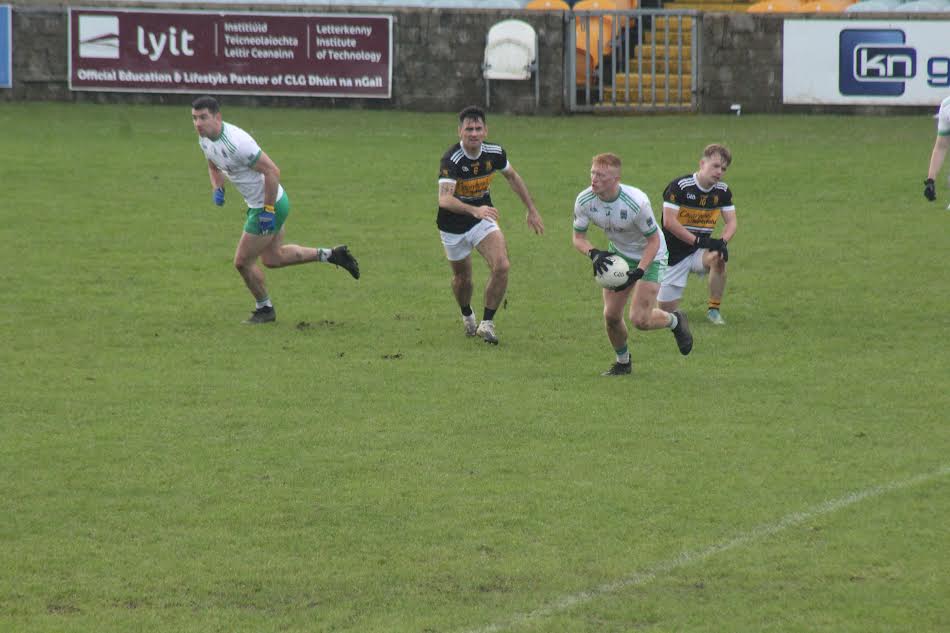 OISIN Gallen was the star turn as Sean MacCumhaills bagged their first win of the 2021 SFC, defeating Bundoran.

Bundoran started well and hit three early points, Alan Russell and Timmy Govorov from play and a Cian McEniff free, all inside the first seven minutes.

Oisín Gallen finally got the home team on the board with a free in the 15th minute but just before the waterbreak Cian McEniff converted his second free to leave it 0-1 to 0-4 at the water break.

Gallen kicked another free and Gary Wilson  got their first from play to bring MacCumhaills within a point 0-03 to 0-04 in the 21st minute.

A minute later a big let-off for MacCumhaills when Adam McGlone’s free dropped shot and only a super goal line block by Steven O Reilly denied the visitors a goal.

A minute later we got an excellent goal from Gallen as he cut inside from the right, held off two defenders and blasted a left footer past Conor Carty to give his team the lead for the first time.

Just before half-time Gallen made it 1-5 for himself with another stylish taken point to a goal between them at the break, 1-6 to 0-6.

Gallen provided the passes for Gary Wilson and Carl Dunnion to score points, in between Alan Russell got his second for Bundoran but two from Gary Wilson – his third and fourth of the game – and two more from Gallen had MacCumhaills 1-12 to 0-07 ahead and in control.

Man of the Match Gallen had the last say for MacCumhaills with a point from a free while Walsh’s late goal was just a consolation for a disappointing Bundoran as it finished 1-13 to 1-7.