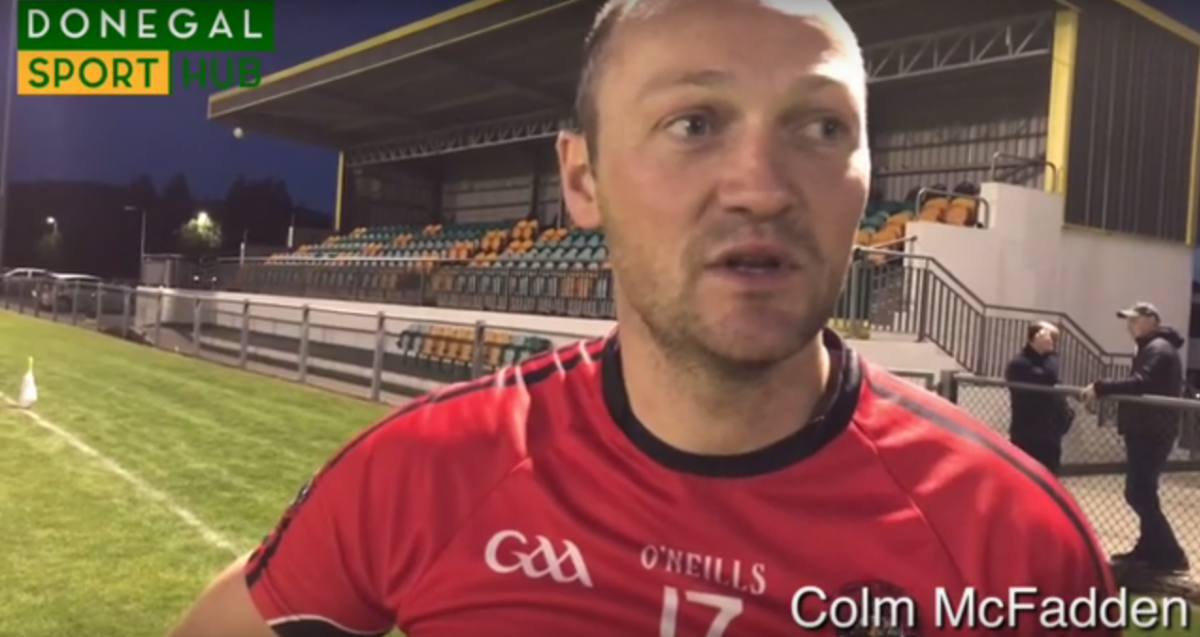 SUPER sub Edward O’Reilly gave St Michael’s the narrowest of victories over a vastly improved Four Masters side in the 65th minute in a thriller in Tir Conaill Park.

O’Reilly was only on the pitch a few minutes when he landed this most precious of points, and it was heart-breaking for a Four Masters side who led for the last 35 minutes and played some great football.

They survived a choppy start to deservedly lead by 1-6 to 1-5 at the break as a goal from Killian Faulkner cancelled out an earlier one from Carlos O’Reilly.

This was notable for some magical scores from Colm McFadden, Christy Toye and a great display from the lively veteran Conor McMonagle.

Masters were much the better side in the third quarter with McMonagle landing some great points and Faulkner was unlucky to see his goal bound shot fly over the St Michael’s bar in the 34thminute.

St Michaele’s threw on Martin McElhinney and Michael Langan in the second half but McElhinney had to go off injured and Colm McFadden was also take off injured.

But they pressed hard in the final moments and fine efforts from Langan, Andrew Kelly and O’Reiilly’s late gem saw them home.

The game began with a piece of Colm McFaddne magic as he arced over a superb point belying his 38 years, after just 40 seconds.

But big underdogs Masters hit back with a pointed free from marksman Conor McMonagle to tie matters and a long rage free from Cian Hegarty put the home side in front after 6 minute.

However, Michael’e replied like a rattler in the 8th minute when a long ball over the top was won by classy corner forward Carlos O’Reilly who rounded his man and hit a cracking shot to the roof of the net.

Colm McFadden then tacked on another great point to put the visitors in front by 1-2 to 0-1.

McFadden added another point to leave Michael’s ahead by 1-3 to 0-2 at the first water break.

But they could only manage two more points in the second quarter as gritty Master’s took the game to the Creeslough/Dunfanaghy men.

The impressive Conor McMonagle struck a fine point for the home side after a clever move and this was quickly followed by a well struck long range free from Cian Hegarty to leave the score at 1-3 to 0-4 for the visitors.

But it got even better for the home side when the capitalised on a sloppy kick out from St Michaels which found Cian Hegarty who passed to the uber elegant Faulkner who cooly picked his spot and Master’s were ahead by 1-4 to 1-3.

Veteran Christy Toye levelled matter with a superb left foot solo dummy and a great point from an acute angle.

McMonagle and Carlos O’Reilly swapped points to leave the home side deservedly in front at the break.

And they stretched that lead with fine points from McMonagle to lead by 1-9 to 1-5 by the 38th minute.

Colm McFadden kept the visitors in touch with some well struck points when needed.

Masters then were down to 14 men when sub Sean Meehan was black-carded for dragging down Christy Toye.

But it looked like the gritty home side had clinched it when McMonagle put them ahead by 1-11 to 1-9 with two minutes of normal time left.

However, St Michael’s dug deep to get those vital scores that keeps their championship hopes alive.

In the end it was inexperience that cost an impressive youthful Masters side who will know that this was one they could and should have won.