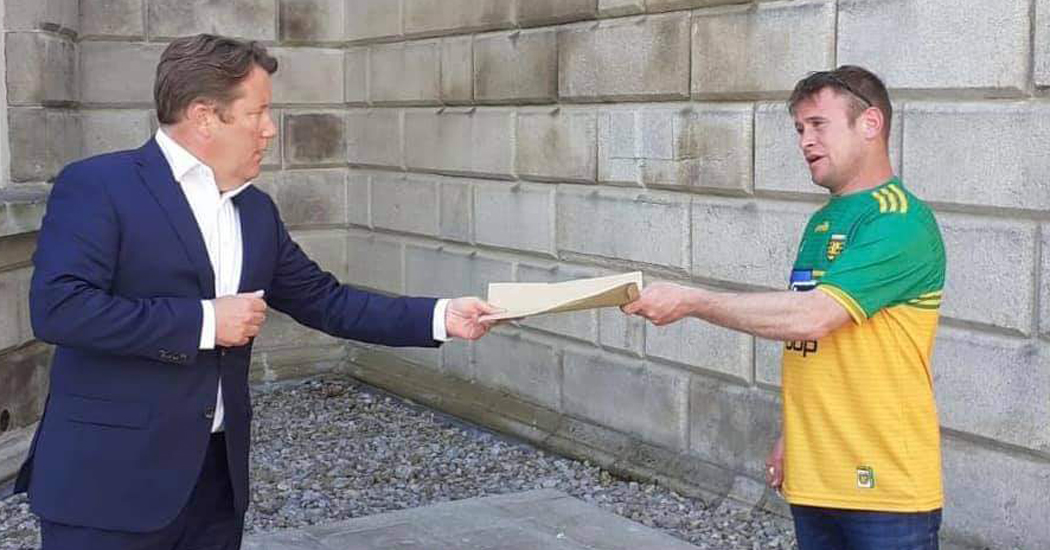 A Donegal TD has hit out at the Housing Minister for carrying out a ‘PR stunt’ on Mica redress.

A memo on the scheme is expected to go to Cabinet in the next fortnight, but ahead of Budget Day 2022, Independent TD for Donegal Thomas Pringle dismissed the housing minister’s latest move.

Deputy Pringle has also pressed Minister Simon Coveney on whether 100 per cent redress for homeowners affected by mica-affected blocks will be provided for in next week’s budget.

In Leaders’ Questions in the Dáil today, Deputy Pringle said he agreed with the mica homeowners group who have refused to sign off on Friday’s report.

Deputy Pringle said: “It’s a nothing report. A sham. A rehash of previous analysis. And as Eileen Doherty, a campaigners’ representative said: ‘The objective of the working group was to make a number of recommendations to the minister as to how these issues could be addressed. Nowhere in that document do I see recommendations.’

“And she’s right. It appears now that this was just another disingenuous ‘can-kicking’, exercise. Disrespectful to my constituents in Donegal and those others from around the country,” he said.

Deputy Pringle dismissed the housing minister’s asking for opposition views on the matter in correspondence last night, saying “neither the minister nor the Government have ever shown any interest in opposition ideas.”

The deputy said: “You have treated opposition ideas, proposals and suggestions on all topics with the belligerence and contempt that stems from an unfounded confidence bordering on arrogance.” As an example, he pointed to the pandemic crisis, when, after an initial flurry of cross-party briefings, Government failed to keep opposition representatives properly informed.

Deputy Pringle said: “The approach of government was insincere then and this time is no different. A sickeningly transparent PR stunt, but no-one is falling for it.

“My deepest regret and disappointment is that you would do this on the backs of people who are suffering. People who have seen their homes demolished. People who are watching their life’s savings and their life’s dreams crumble before their eyes. People who are living in constant anxiety and fear for the safety of their children and what the future holds for them in a mica-riddled home and no hope of a resolution.

“Do you understand the impact that the lack of hope has on people’s mental health and well-being? Lives are being destroyed in Donegal,” Deputy Pringle said.

He asked: “Has your government made provision for full mica redress in next week’s budget?”

He noted that homeowners will return to Dublin on Friday for a major protest in support of 100 per cent redress.

Deputy Pringle said: “You need to end this for people and let them know something is going to be done.”