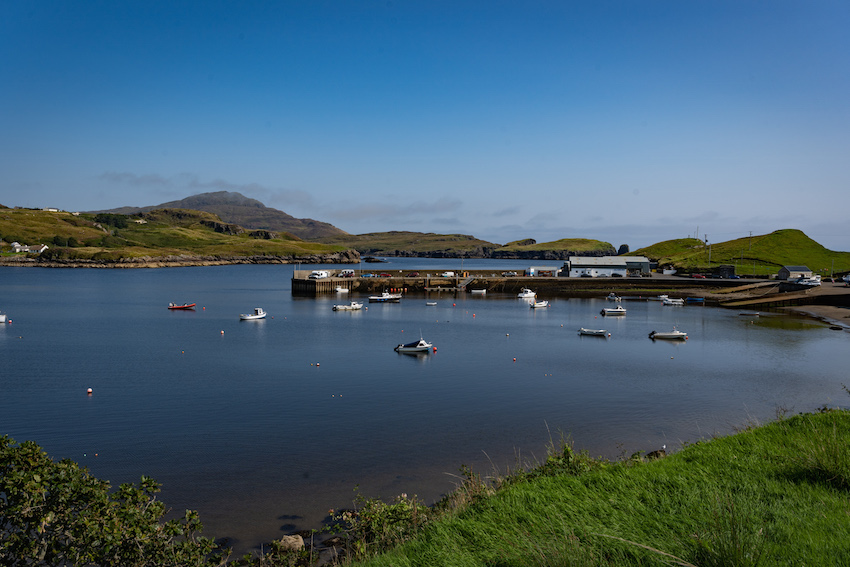 A community effort to record field names and local placenames in the parish of Gleann Cholm Cille has been gathering pace throughout 2021.

The project, backed by Oideas Gael, in partnership with other local organisations such as Béal an Phobail, the Southwest Donegal Language Planning Initiative, will result in an interactive digital map showcasing the rich heritage of local placenames in the area.

With most public health restrictions coming to an end this month, the project team looks forward to involving as many members of the community as possible.

The project brings together information from existing written sources as well as field work carried out by collectors Seamus McGinley and Rónán Galvin.

Many names were known to exist but their exact location was in danger of being lost.

Almost 700 names have been gathered in the first phase of the project, out of an estimated 4,000 names that exist in the parish.

Project manager Dermot Diamond said “Thanks to funding provided by the Heritage Council, under the Community Heritage Grant Scheme 2021, the project was able to work with a team of professional geographers at the Dublin City University School of History and Geography this summer to build a detailed, interactive map.”

Susan Hegarty, Associate Professor at DCU, talks about her work on the project.

She said “The online map will be launched publicly before the end of the year, following a number of in-person meetings with the local community.

“This project has also been supported through the Colmcille1500 Grant Scheme which is funded by the North West Development Fund and Creative Ireland, in conjunction with and supported by the Executive Office and The Irish Government.

“There is an incredible wealth of local names here, and it’s not just the names themselves, but the stories and the folklore and the language associated with them. We’re bringing technology together with heritage and making it accessible to the local community, and anyone who wants to access this fantastic collection of information.”

“The availability of digital mapping, and the ability to put that into the hands of the public, is one of the most exciting developments in recent years. It’s fascinating to see the rich heritage and the texture of the landscape come to life with all of this information that has been gathered from multiple sources.”

The project team plans to host a series of public meetings in the parish following the easing of health restrictions on October 22nd, to get feedback and further information from the local community.

We also welcome anyone who would like to get involved. Follow the Logainmneacha Pharóiste Ghleann Cholm Cille Facebook page (https://www.facebook.com/logainmgcc), keep an eye on local newsletters, or call Oideas Gael at (074) 97 30248 to keep up to date with the project.

A few examples of interesting local names in the parish of Gleann Cholm Cille investigated as part of the project:

Méaróg Fhinn — Translated as ‘Fionn’s pebble’, this is actually a large boulder in the Mín an Aoire town- land, reputedly thrown by Finn Mac Cumhaill from the summit of Sliabh Liag.

Lios Cháigh / Lios Uí Cháidhe — ‘Cáidhe’s fort / enclosure’ –  This site is part of Garraí an Turais, a sta- tion of Turas Cholm Cille. Cáide was a servant of Colm Cille and this site features in a story where she provokes the saint’s anger.

Tobar na mBan-Naomh / Tobar na mBan Naofa — ‘The well of the holy women’. This is a recognised holy well in Teileann (Teelin). What’s interesting is the wealth of folklore, as well as a series of photos held in the Lawrence Collection at the National Library of Ireland, associated with the site and linked to our interactive map. 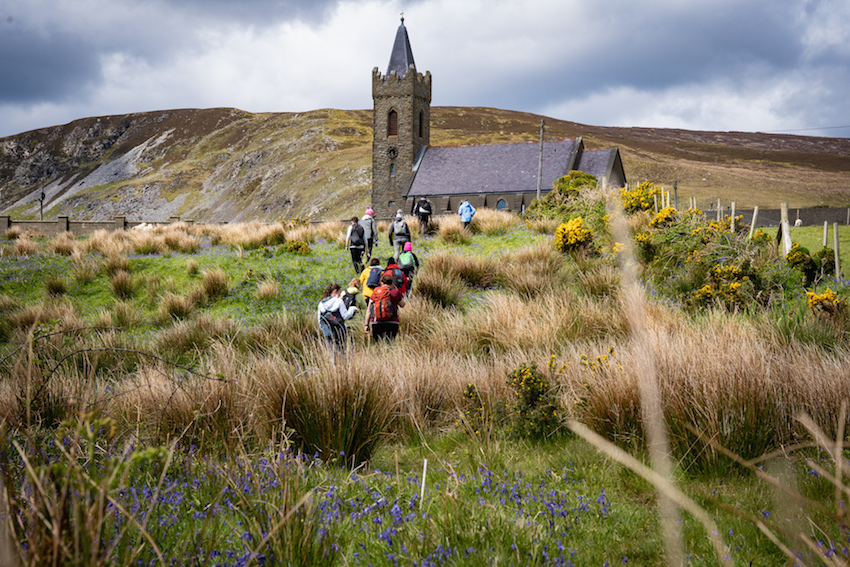