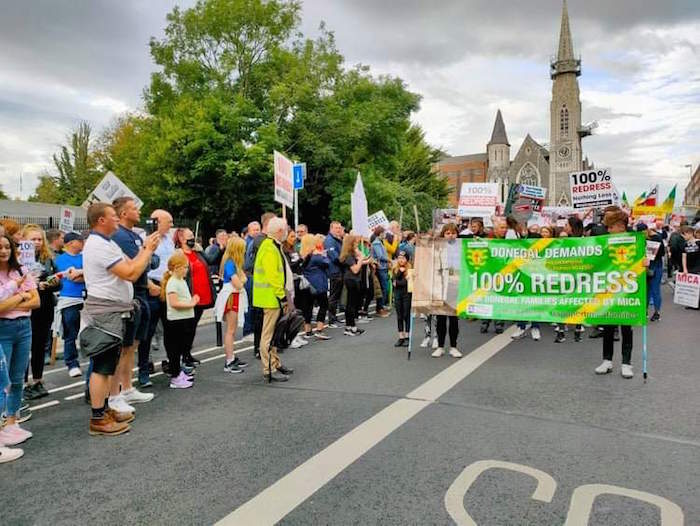 How much torture will Govt put mica homeowners through? Pringle

Donegal Deputy Thomas Pringle said mica-affected homeowners shouldn’t have had to travel to Dublin today to see the issue resolved.

“Government should have and could have outlined by now what it is going to do. The report last week was a whitewash, there was nothing in it, and the people have seen through it,” he said.

The deputy said: “The people’s message is clear: 100 per cent redress, no less.”
Deputy Pringle credited the Mica Action Group and affected homeowners for keeping the issue before the Government, saying affected families have been raising the issue for years.

“But as usual, he said, there is little response from Government until the people affected get the ear of the national media.

Deputy Pringle said: “That’s a disgrace. It’s a disgrace that families have been forced to share their trauma over seeing their homes crumbling around them before they get the support they need and deserve.

“This has been going on far too long. How much torture is the Government going to put homeowners through?” Deputy Pringle asked.

How much torture will Govt put mica homeowners through? Pringle was last modified: October 8th, 2021 by Staff Writer
Facebook0Tweet0LinkedIn0Print0