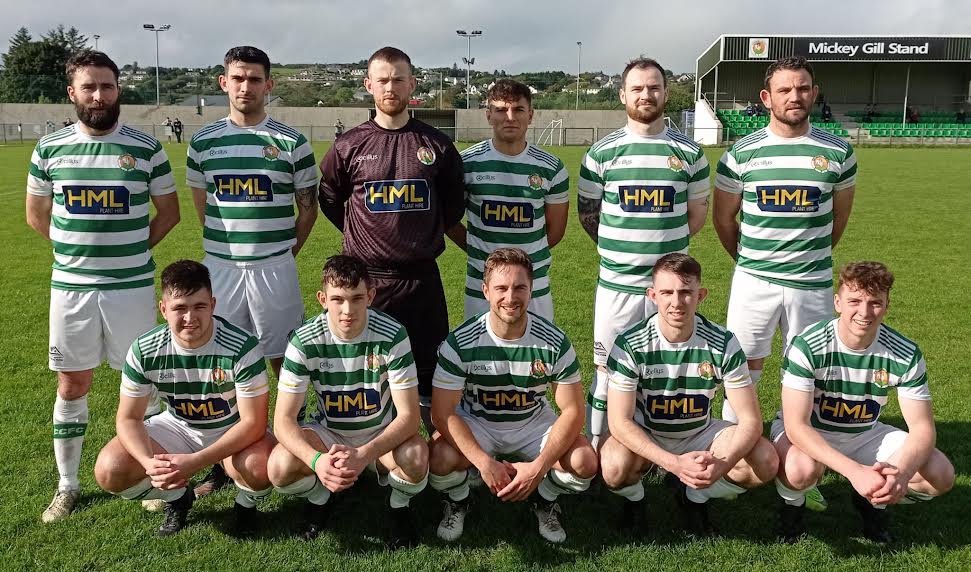 Played in perfect conditions in the Charlie O’Donnell Sports Grounds, the Ulster Senior League champions had a straightforward win.

Cockhill opened the scoring on six minutes when Caolan McColgan advanced down the right and his cross was expertly converted on the half volley by Stephen Duffy.

Cockhill were guilty of trying to force openings and had to wait until 21 minutes for their next opening. Another cross from the right was punched clear and Fionn McClure’s lob dropped wide of the post.

As half time approached, there were chances at both ends. A flowing Cockhill move resulted in a cross from the right finding Stephen Duffy but his header was headed off the line.

Almost immediately, Monaghan replied with a chance of their own. A clipped ball from defence found Mark Moynihan, who was denied by a saving tackle from Jason Breslin.

Cockhill made a fast start to the second half and doubled their lead on 48 minutes through a crisp left-footed finish across the keeper from Garbhan Friel after good work from James Bradley and Stephen Duffy.

Monaghan kept plugging away and a Moynihan free kick from the edge of the D forced Jamie Bell into a diving save. Indeed, Monaghan should have reduced the arrears on 60 minutes when Dylan Ballantine headed over from a Conor Gallen free kick.

Cockhill responded with a flowing move which resulted in a Duffy cross finding McColgan whose volley was cleared away. The ball was recycled with a Fionn McClure cross was punched clear by Mark Byrne who adjusted well to brilliantly save from Friel’s volley.

The result was made safe on 77 minutes when Bradley found Friel who held play up for the arriving Mark Moran. His through ball found fellow substitute Laurence Toland who slammed home off the post from an inside right position.

On 83 minutes Victor Ihemga sprung the Cockhill offside trap and got to the ball before Bell but his touch forced him wide allowing Breslin to recover and block his effort.

Cockhill saw the game out to maintain their winning start with four League wins in 11 days.