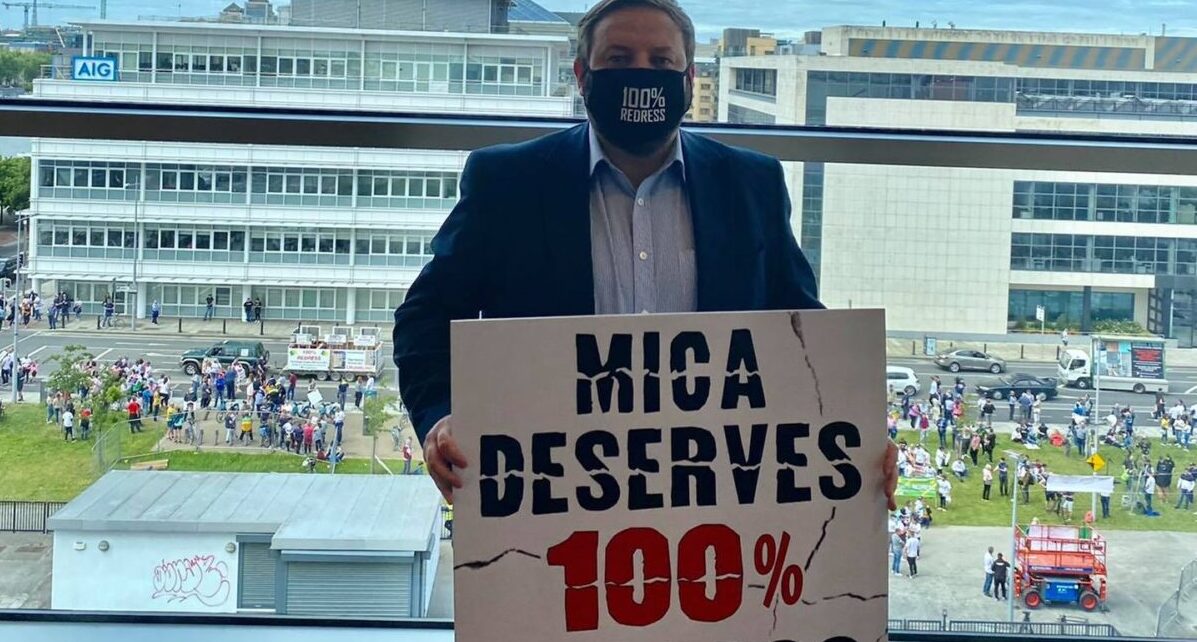 Urgent clarification is being sought from government today after €20 million was allocated to the Defective Concrete Blocks Grant Scheme for next year.

The Housing Minister has pledged that a new Mica redress scheme will be announced ‘in the coming weeks’, but today’s additional allocation to the scheme has raised serious questions about Donegal’s Sinn Féin TDs, Pádraig Mac Lochlainn and Pearse Doherty.

Deputy Mac Lochlainn said: “In Sinn Féin’s alternative budget, we made it clear that €200 million would be required next year to deliver 100% Redress to our families with crumbling homes. This allocation would grow year on year as a new fit for purpose scheme is rolled out in Donegal and in all of the affected counties. We made this fully costed commitment based on close consultation with the leading Mica Redress campaigners.

“The government know that this is the level of financial commitment required and the allocation of an additional €20 million euro by them next year rather than the additional €160 million that Sinn Féin have called for is deeply worrying for the families who are desperately waiting for good news and hope.”

Deputy Doherty said: “We are calling on the government to urgently clarify their intentions. Do they intend to introduce a supplementary budget to allocate the necessary money to this redress scheme? When will they introduce this? They know full well that an additional €20 million is nowhere near what is required. We need answers and we need them now”.