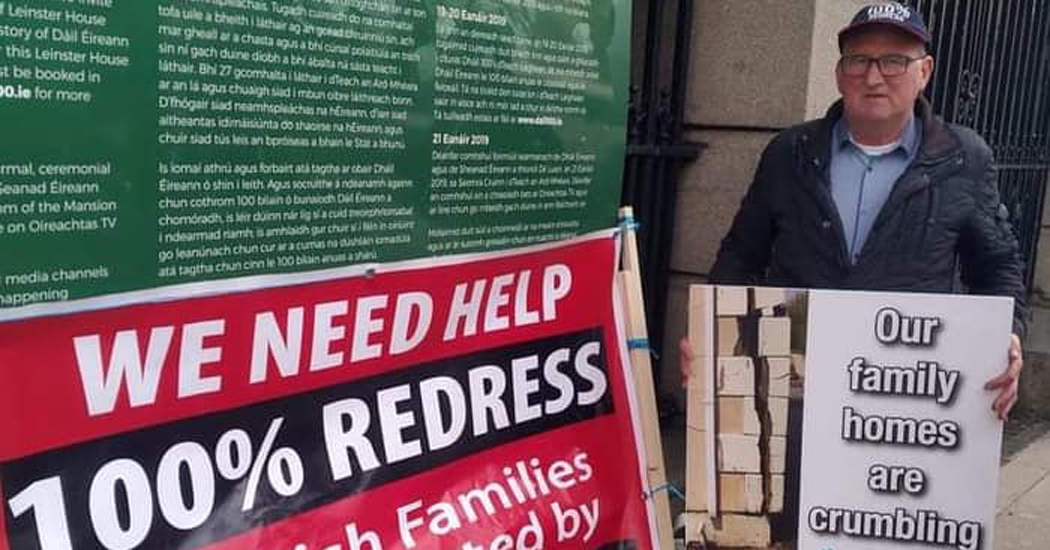 Budget Day not expected to deliver for Mica homeowners

Mica/Pyrite homeowners from Donegal and across the country will be looking to the government today for some assurance on a new redress scheme.

But today’s Budget 2022 announcement is not expected to deliver on any changes.

An updated plan is not due before Cabinet for another week or two weeks, Housing Minister Darragh O’Brien said.

However, the issue may come up when Minister O’Brien makes his Budget address at 6pm this evening.

Department of Housing officials are currently working to finalise options to improving the redress scheme and “nothing is off the table”, the Minister said.

It is hoped that Ministers can act on signing off on a new scheme as early as next week.

Minister O’Brien has said there could be “upwards of 7,000 homes” in need of remedial works in the years to come. The cost of the scheme, he said, will be spread over a number of years.

Meanwhile, protesters (pictured above) are standing outside the Dáil today in their campaign for 100% redress.

Today’s Budget will be announced from 1pm.