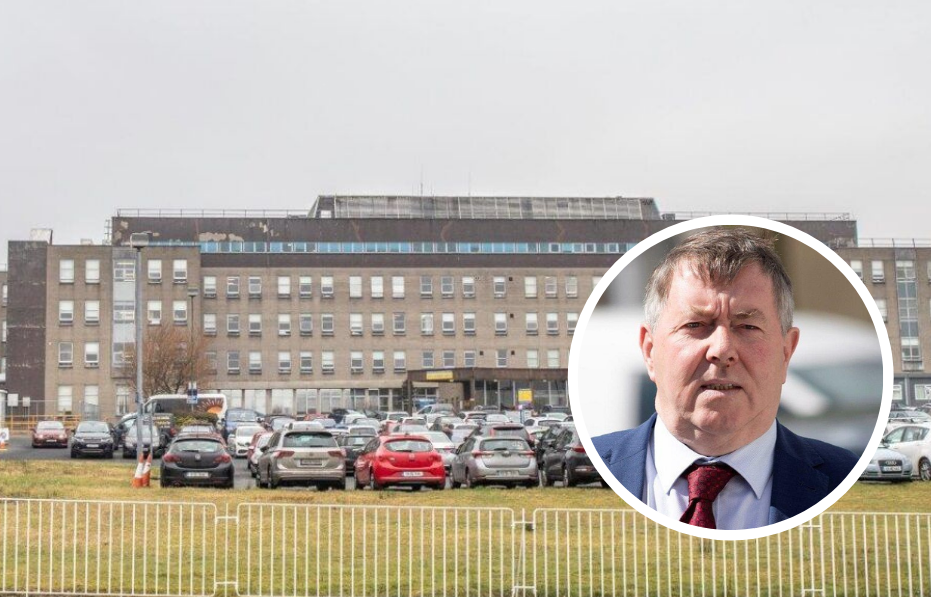 Outrage as recommendation for new ICU facility at LUH is ignored

THERE are calls for the Minister for Health, Stephen Donnelly, to intervene after Letterkenny University Hospital was left off a prioritised list of five hospital sites for critical care capital developments.

Letterkenny-based Sinn Féin Councillor Gerry McMonagle has accused health chiefs of ‘fudge’ and says there is a danger that some services at LUH could become ‘untenable’.

In spite of a recommendation by National Clinical Lead Dr Michael Power, LUH has not been included on the list.

Dr Power recommended that a a 12-bed ICU/HDU facility should be located at LUH with 50 per cent of those isolation rooms.

However, a prioritised list of five hospitals does not include LUH.

“Our hospital ICU, which consists of five beds, is already under extreme pressure without dealing with a global pandemic,” Cllr McMonagle told Donegal Daily.

“The fact that there are no HDU facilities at the hospital is also very worrying and cannot be tolerated much longer.

“ Once again, we have been overlooked here in the North West and this will undoubtedly lead to a delay in cancer surgeries which could lead to increased mortality from illnesses such as cancer.”

At the recent Regional Health Forum, Cllr McMonagle was informed that health officials are working with the estates department to explore potential short term options to increase ICU.

A response from the Saolta University Health Care Group also said that a capital development of a critical care floor would be explored.

Cllr McMonagle said: “The contention that HSE Estates are exploring the potential for short term options to increase ICU Capacity is a fudge and their claim to complete a submission for a new critical care floor is wishful thinking.

“If we can’t be included in the National Critical Care Programme for a few extra beds, what chance have we in being successful for a Major Capital Development Plan?

“The reality is, If Covid admissions to ICU continue we will not be in a position to provide an effective ICU service at LUH, with elective services becoming untenable.”

Cllr McMonagle has written to Minister Donnelly and invited him to visit LUH to see first hand the strain management and staff are under.

Cllr McMonagle has asked the Minister to speak with various Health Advocacy Groups in Donegal to hear at first hand their concerns.

He said: “Unfortunately to date only for an acknowledgement of having received my email, I have not had any other contact from him.

“I am now asking the Minister to intervene and get the HSE to revisit the Critical Care Requirements at Letterkenny University Hospital.

“Surely if the National Clinical Lead recommends a 12-bed critical care unit with HDU for Letterkenny then it must be needed and implemented. The HSE and the Minister must ensure that this happens as a matter of urgency.”