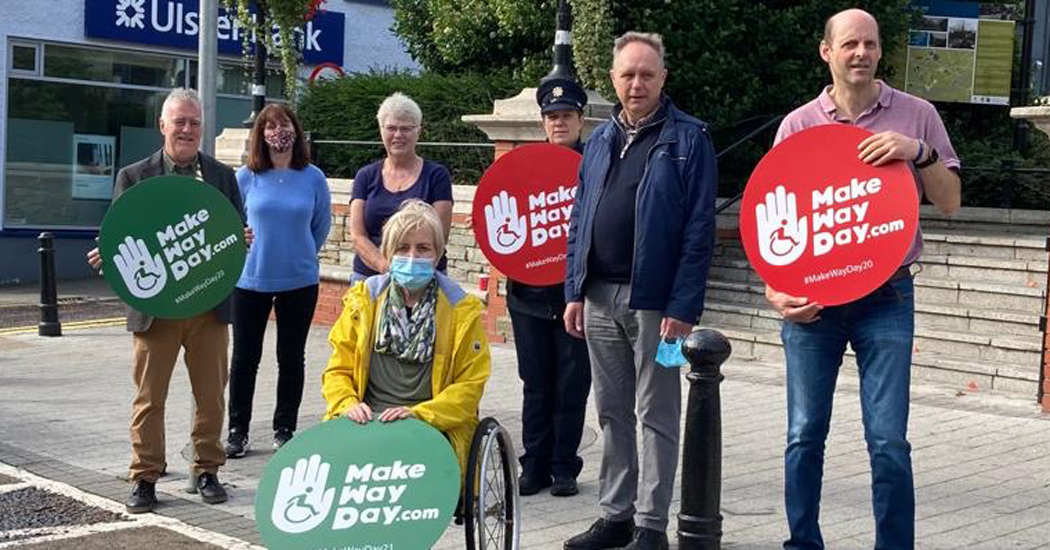 Disability inclusion strategy to be included in council plans

A disability inclusion strategy is set to be included in Donegal County Council’s development plans to raise greater awareness of disability-related access issues.

The move was agreed at the Letterkenny-Milford Municipal District this week following a motion from Mayor Jimmy Kavanagh.

Cllr Kavanagh said the idea came after Make Way Day 2021, a campaign held to highlight the needs of people with disabilities in the public spaces.

Cllr Kavanagh said there was clear support for improved disability access in Donegal, but there was an issue of awareness.

“I think that if the council had a clear disability strategy built into the Letterkenny Area Plan/County Development Plan it would help address that issue,” Cllr Kavanagh said.

“We need to be clear that disability is about everyone. We are all only an illness or accident away from being disabled.”

Cllr Kavanagh said access issues include many members of the community, including parents with pushchairs and the elderly.

He added that Trudi O Reilly, DCC Access Officer, would be a key player in the initiative.

The matter has been raised in local authority workshops, and was raised again at this month’s meeting of the Letterkenny-Milford MD.

Cllr Kavanagh suggested that Donegal County Council could take inspiration from Wexford County Council, which has a comprehensive Disability Inclusion Strategy for Services.

The Letterkenny-Milford MD agreed to the motion. The Central Planning Unit of the council will now engage with the National Disability Authority to examine the most appropriate mechanisms to address disability in upcoming statutory development and local area plans.