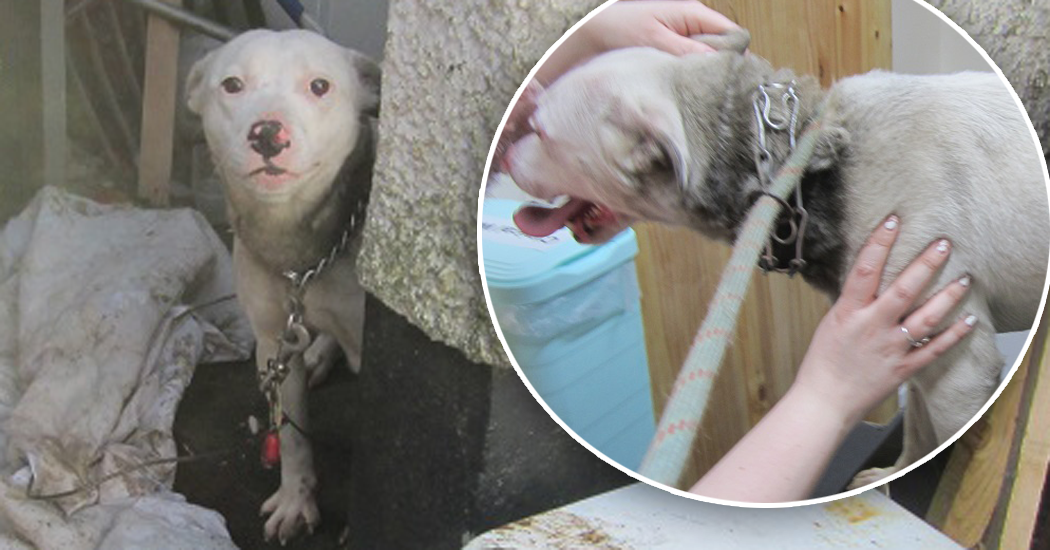 A Donegal man has been handed down a €250 fine and is banned from keeping dogs for five years after pleading guilty to Animal Health and Welfare charges.

Michael Boyce with an address at No.43 Rosemount Cottages, Kilmacrennan, Co. Donegal appeared at Letterkenny District Court on Monday.  He pleaded guilty to one count under section 12 of the Animal Health and Welfare Act (AHWA), 2013.

The case related to a visit made to the property on 30th January 2020, following a tip-off about the dog’s living conditions.

ISPCA Senior Inspector Kevin McGinley was accompanied by a member of An Garda Síochána, where they discovered a dog tied up to a boiler house at the rear of the property. The dogs lead was so restrictive, that it had only three to four feet to move around. There was no evidence of food present and conditions where the dog was kept, can only be described as treacherous. The ground was filthy, littered with debris which included old sinks, bags of turf, timber, washing machines, and old cookers. 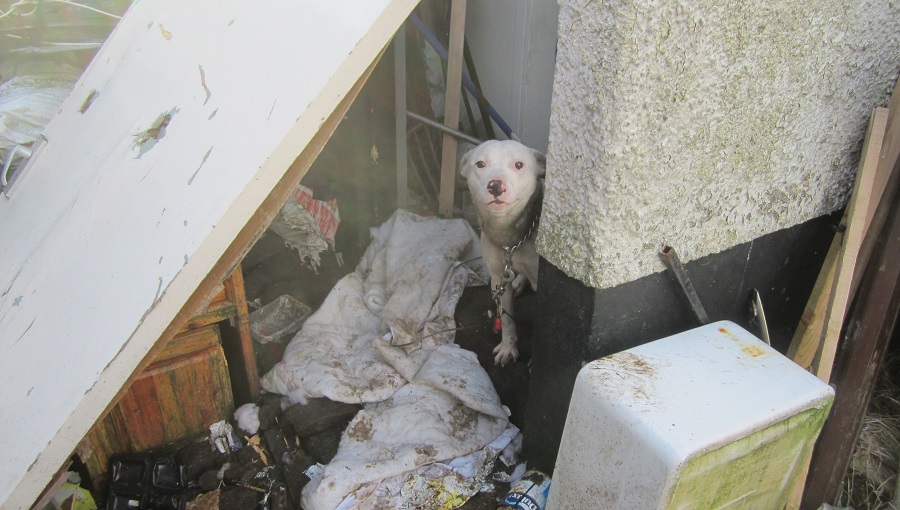 The dog, an eight month old female mixed breed, later called Kaya, appeared to be in an agitated state showing signs of discomfort. On closer inspection, there was a foul smell coming from her coat and she started to wag her tail in a desperate plea for help.

Kaya was wearing a steel prodded collar of a type normally used as a training device around her neck. Every time she pulled on the lead, it was inflicting a degree of pain and impinging on her ability to freely move her neck. 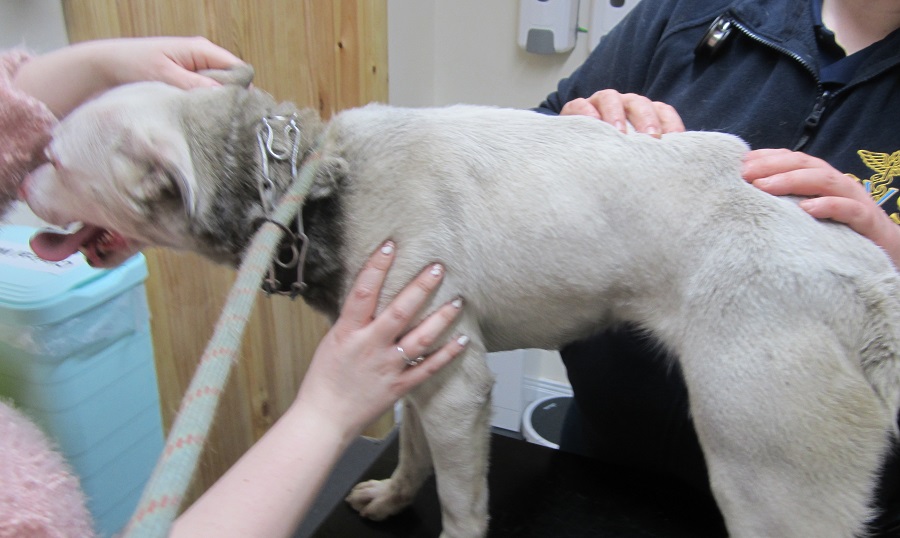 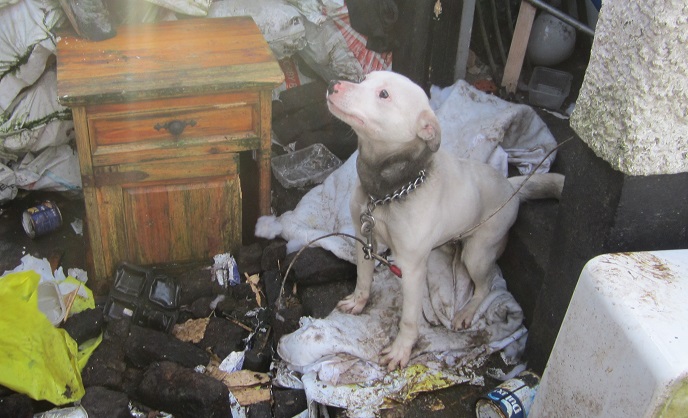 Kaya was immediately seized and brought to the nearby Smyth’s Veterinary Practice for an examination. Due to the amount of staining on her coat, it appeared that the collar was permanently used on the dog. Bolt cutters were needed to remove the collar from Kaya’s neck and she was given pain relief and treated for parasites. Kaya was subsequently transferred to the ISPCA’s Animal Rehabilitation Centre in Donegal for further care and rehoming.

In addition, Kaya was not microchipped which, is a legal requirement under the Microchipping of Dogs Regulations 2015.

ISPCA Senior Inspector McGinley said: “Kaya had suffered unnecessarily as her owner failed to safeguard her health and welfare by not housing her in clean surroundings or appropriate housing. The dog’s owner was reckless having a steel pronged collar pinching her neck every time she moved; it would have caused constant discomfort. The ISPCA is against to the use of prong collars in all situations but, in this case, the collar was being used in a completely inappropriate manner. Pet owners have a duty and a legal responsibility to protect the animals in their care”. 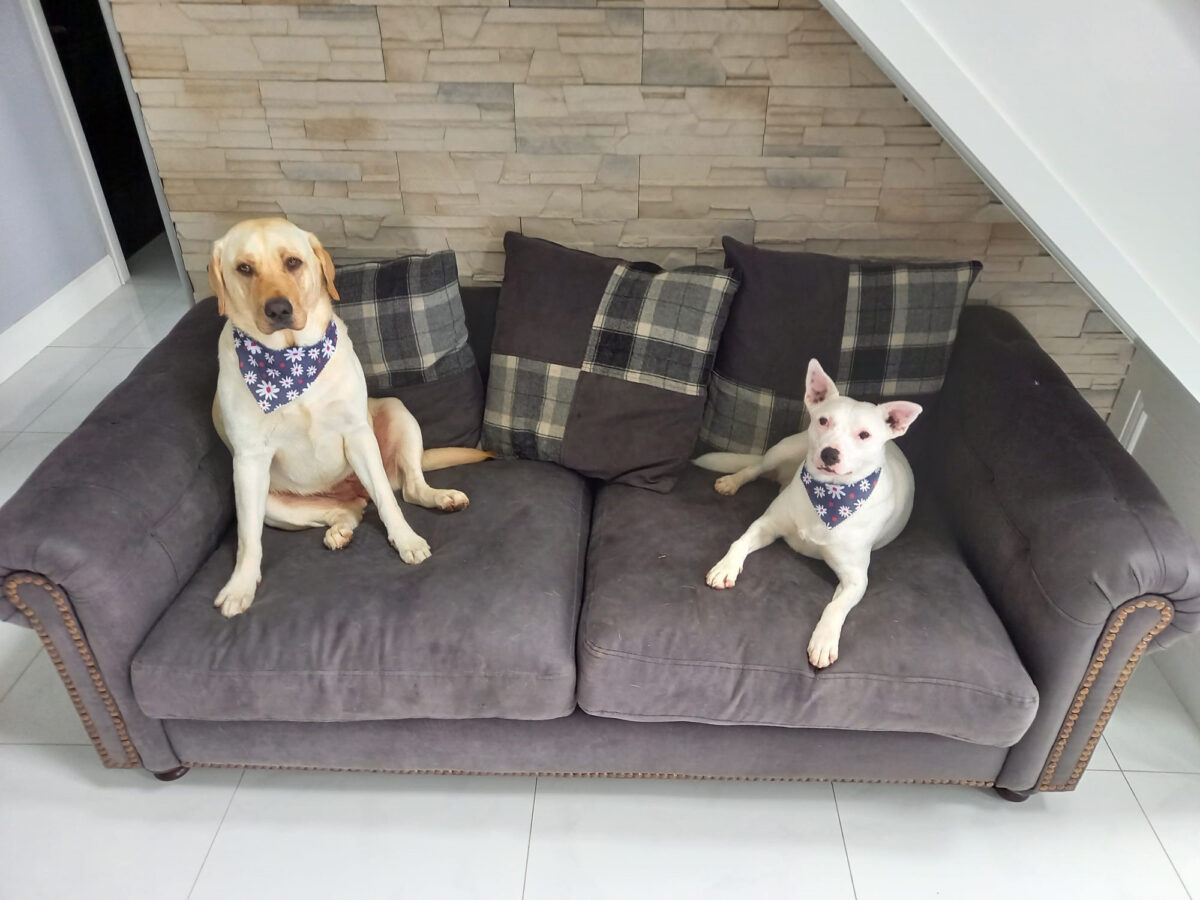 Kaya in her new home with her sister Skye

Kaya’s new owners said: “We can’t change Kay’s past but we can change her future. Kaya was a terrified dog she first arrived but she is coming on leaps and bounds through a lot of ongoing work. She is now living her best life with her new sister Skye. Kaya has been a constant companion throughout lockdown”. 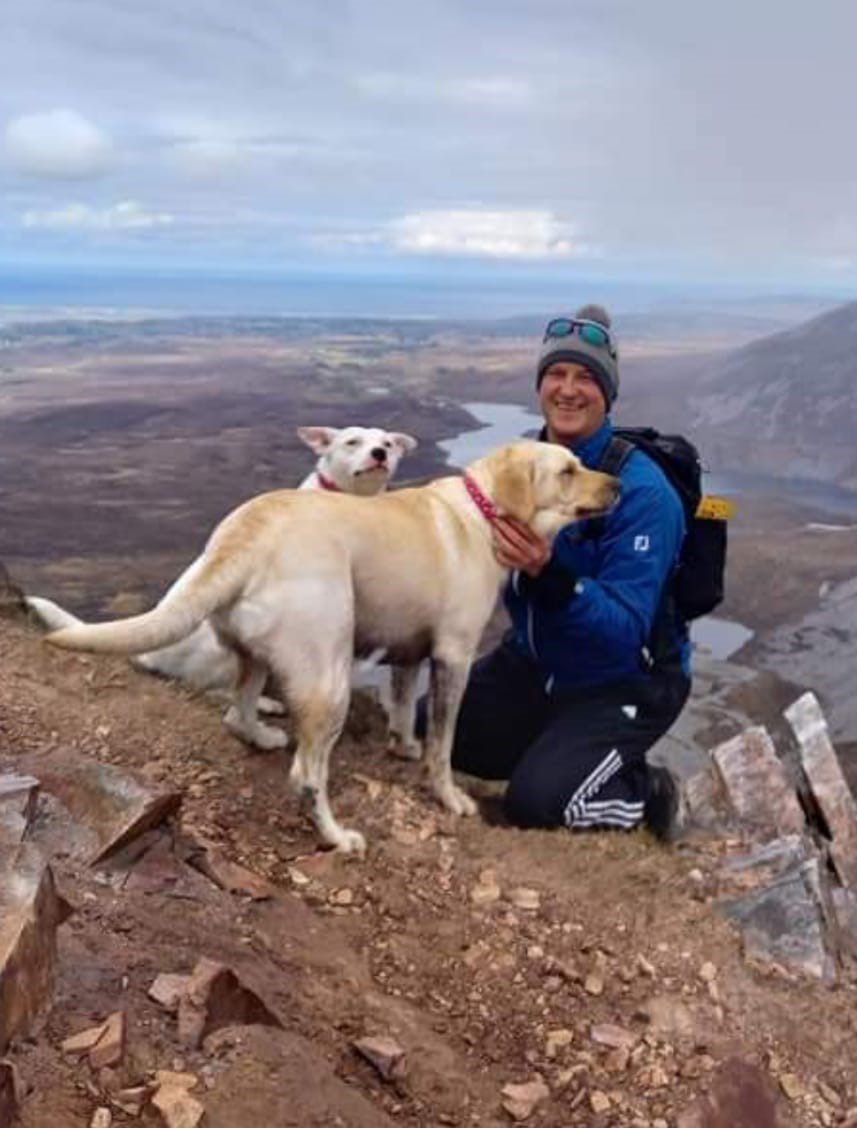 Kaya with her new family

The ISPCA is opposed to the use of any negative reinforcement (aversive) training methods to control companion animals and believes that positive reinforcement (reward based) methods should be used instead. These techniques can cause pain, fear or distress and may result in poor welfare. Behavioural problems can be made worse and other behavioural problems emerge as a result of such techniques which have no place in modern companion animal training.

The ISPCA encourages members of the public to continue reporting any animal welfare concerns online here https://www.ispca.ie/cruelty_complaint or by contacting the National Animal Cruelty Helpline on 0818 515 515 or by emailing helpline@ispca.ie.