The final weekend of the 21st Annual Donegal Bay and Blue Stacks Festival promises to be a good one with a programme packed full of live music, literary events, theatre and comedy.

In St. Patrick’s Parish Centre, Donegal Town, Songs for An Autumn Evening by the Bluestack Chorale, along with Deborah Cunningham(Soprano), Paul Martin(Baritone), and Evan McGarrigle(piano), will perform a programme of music by Benjamin Britten, Emma Langford, and Evan McGarrigle, as well as some favourites from their opera festival back-catalogue.

Their programming covers a repertoire stretching through the centuries from early sacred music right up to modern pop favourites.

Songs for An Autumn Evening will take place on Friday 15th and Saturday 16th October at 8pm. Call 087 223 0349 to book or visit www.donegalbaybluestacks.com for more information.

Following on from last year’s hugely successful online series, Maura Logue and David Ison are back with Drumshee Days Series 2. The 1960’s have arrived and modern Ireland is encroaching on Drumshee.

Observe the changes in a small rural town land, when Donegal had a slower pace and a quieter mood. Maura Logue, who plays Nora, is an actor playwright, theatre director and producer from Donegal and is joined by David Ison who supplies suitable mood music from the 1950’s and 60’s on acoustic guitar and vocals. 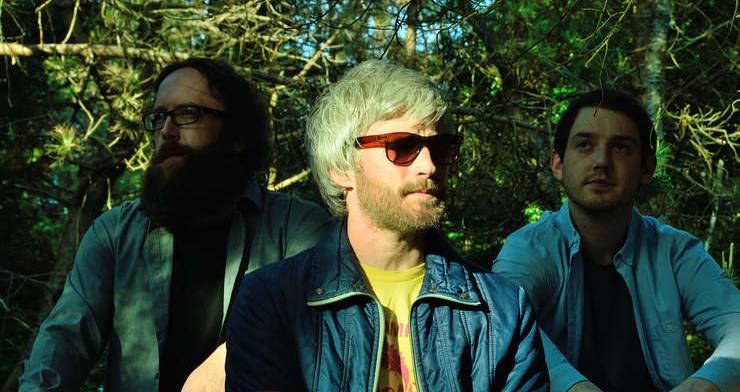 Snow Place Like Home and the Cantinitas will be performing live in Ballyshannon this Friday evening.

‘Snow Place Like Home’ is the music of Keith Mannion. Based in Donegal, he has released a series of EPs and three critically acclaimed albums. He is currently writing new material as ‘Snow Place Like Home’ and has just released an album as a member of the Scottish based band which has been nominated for Album of the Year at the Northern Ireland Music Prize.

Also performing live will be Cantinita, the song-writing duo of Kieran O’Brien and Patsy O’Kane, based between Sligo and Donegal, who are about to head into the studio to record their debut EP. This event takes place this Friday October 15th at the Abbey Arts Centre in Ballyshannon. Pre-booking is essential, call 071 9851375 or book online: www.abbeycentre.ie

Sister Black tells the story of Catherine Black, OBE, who was a nurse, born in Ramelton, on the battlefields of France during World War 1. Live from the Abbey Arts Centre this Saturday. Pre-booking is essential, see donegalbaybluestacks.com

Written and performed by Margaret Hannon, an actor, theatre-maker and writer based in Ramelton, Sister Black is the story of celebrated Ramelton World War 1 frontline health worker, Nurse Catherine Black, OBE, who looks back on an extraordinary life, which took her from the battlefields of France to the court of King George V of England. Maintaining a diary as she went, she published an account of her tumultuous life in her autobiography, King’s Nurse, Beggar’s Nurse, in 1939. This show takes place on Saturday 16th at 8pm at the Abbey Arts and Cultural Centre. Pre-booking is essential by calling 071 9851375. 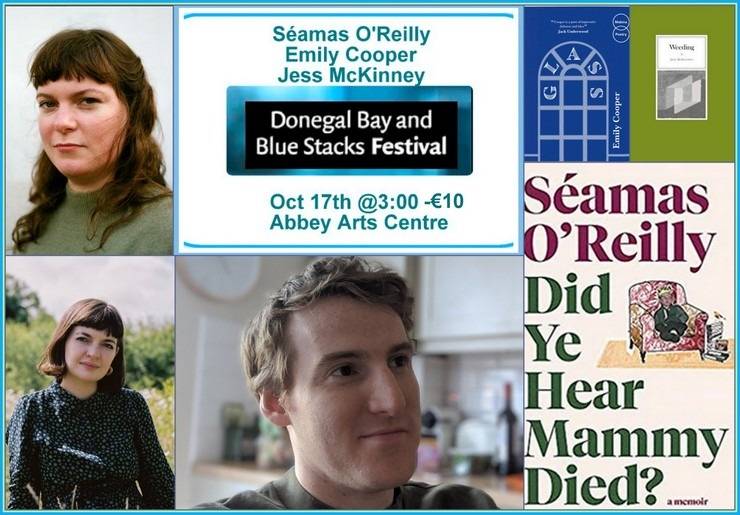 Denise Blake will be joined by Séamas O’Reilly, author of ‘Did Ye Hear Mammy Died?’, Jess McKinney and Emily Cooper for an afternoon of reading and conversation this Sunday at 3pm in the Abbey Arts Centre.

The festival’s literary curator, Denise Blake, will host an afternoon of readings by three of the North West of Ireland’s brightest new literary talents – Séamas O’Reilly, Emily Cooper and Jess McKinney – at the Abbey Arts Centre on Sunday afternoon at 3.00pm, for the final event of the festival. Séamas O’Reilly’s memoir, Did Ye Hear Mammy Died?’, was published earlier this summer and sits at the top of most best-selling Irish book lists.

Jess McKinney, a poet and Irish Chair of Poetry Award winner, has had her poetry appear in The Moth, The Stinging Fly and Banshee. Her debut pamphlet, Weeding, will be published soon. Emily Cooper, writer and poet, whose work has also been published in The Stinging Fly, Banshee and Poetry Ireland Review, was a 2019 recipient of the Next Generation Award from the Arts Council of Ireland and her poetry debut, Glass, was published this summer. Pre-booking essential, call the Abbey Arts and Cultural Centre on 071 9851375.