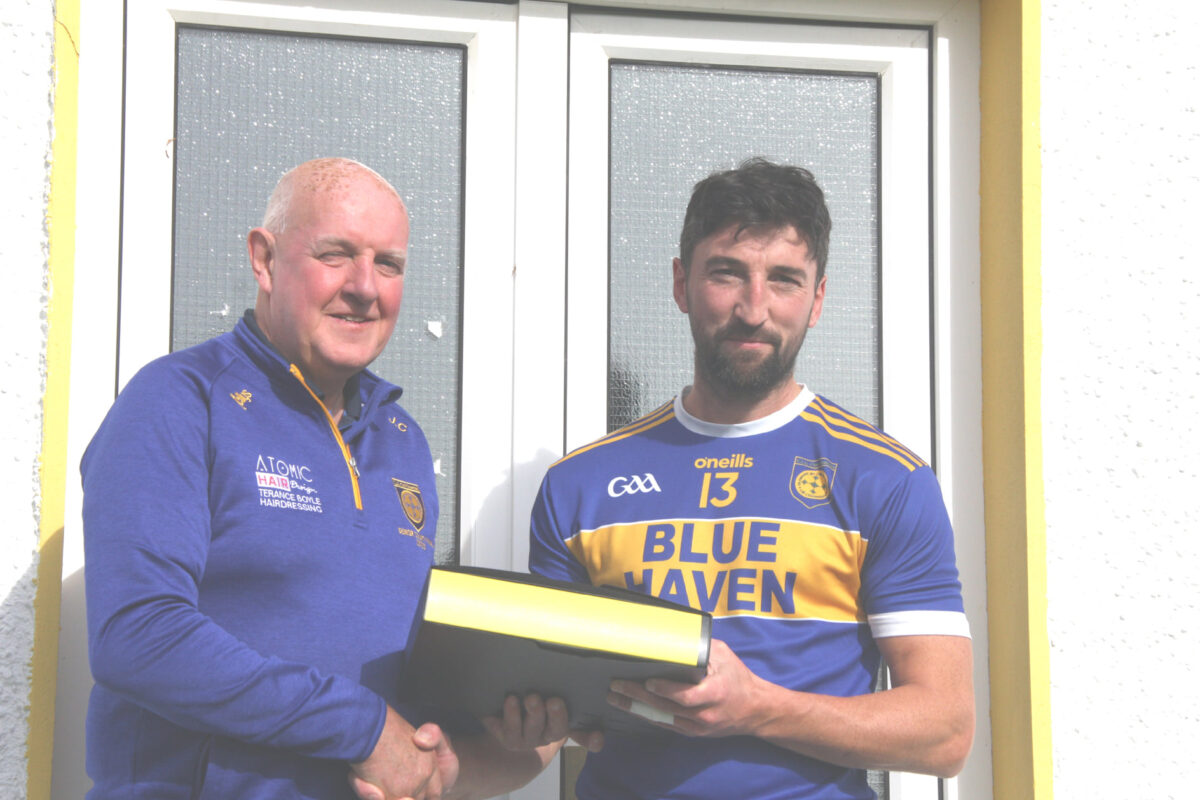 KILCAR ace Michael Hegarty isn’t a fan of the current Donegal senior football championship – and believes knockout football is the way to go.

Hegarty was presented with a token to mark his 100th Championship game for Kilcar, which he played on Friday-week past against Ardara.

Hegarty made his Championship debut for Kilcar in 1996 and the former Donegal star thinks a return to the home and away first round games should be made.

“I’m definitely not a fan,” he said of the current model.

“We only have to look at Tyrone, our neighbours. Tyrone have been doing it for years with knockout football and are doing something right.

“We don’t have to go to the extreme, but you could do home and away. A lot of the games, once a team gets a lead up to half-time it’s nearly over.

“We have to get the games played a bit earlier. I rather the knockout stuff. There’s great bite and there’d be no dead rubber matches.”

Hegarty scored a point on Sunday as Kilcar defeated Gaoth Dobhair in a dead-rubber group match. Although there was little at stake, Hegarty’s score drew a huge cheer from the Towney faithful.

He said: “It’s always enjoyable playing in front of the home supporters in Towney and there’s always been a great buzz playing here.”