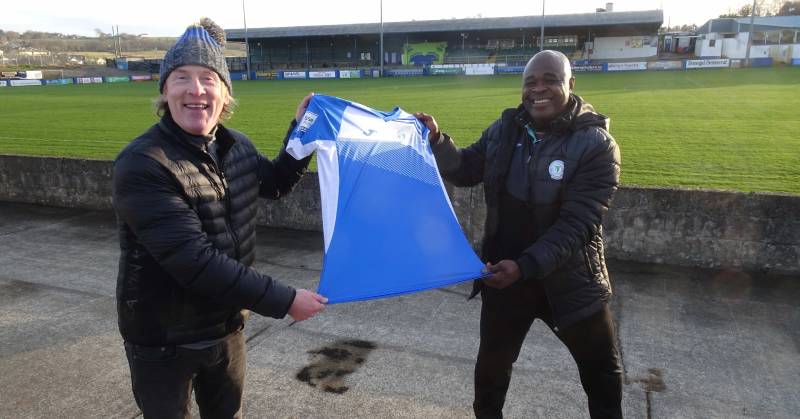 In the show, presenter Hector Ó hEochagáin takes viewers on a whirlwind tour of Ireland, meeting all the great people who have come from overseas and now call Ireland their home.

Last week’s episode featured Letterkenny activist Fadl Mustapha, who spoke about his family’s search for asylum. He is currently Duty Manager with Bridgestock Care at the IPAS Centre for asylum seekers in Letterkenny.

Episode 3 will see Hector travel to Ballybofey to meet Eloka Asokuh. Winning the under-17 World Cup in 1993 with Nigeria, the man locally known as ‘Luca’ joined Finn Harps in 2003 not knowing what the future would hold.

Telling Hector how he felt when he arrived to play for Finn Harps,  Luca said: ‘“When I met the players these guys showed me love. I felt something different, seen the kindness of people.”

And talking about soccer in Ballybofey,  he believes: “I think it unites this community, especially the kids.”