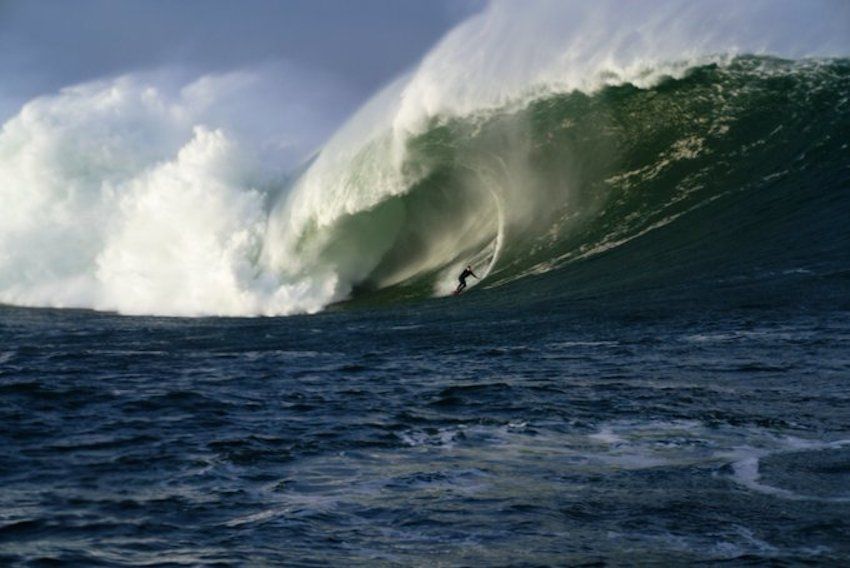 Donegal surfer nominated for Red Bull’s ‘Ride of the Year’

Irish surfer Conor Maguire has been nominated in three out of the four categories at this year’s Global Red Bull Big Wave Awards.

The 27 year old Bundoran man got the nod for ‘Ride of the Year’, ‘Biggest Tow’ and ‘Performer of the Year’. He is the only European male nominated in three award categories.

Maguire made international headlines last year when he surfed what may be Ireland’s largest ever swell at Mullaghmore in County Sligo. Last October, the aftermath of Hurricane Epsilon, stirred up 60ft waves, which Conor conquered.

It’s not often you get to take on waves hitting 60 FEET off Ireland’s Wild Atlantic Way!

Our elite athlete Conor Maguire did just that at Mullaghmore today 🌊 🏄‍🇮🇪

Maguire, who has been surfing since he was 11, is no stranger to dramatic conditions.

$350,000 in prize money will be awarded across four categories for men’s and women’s divisions in the Red Bull Big Wave Awards.

The winners will be announced during the 2021 Red Bull Big Wave Awards Show on October 29, broadcast on Red Bull TV.