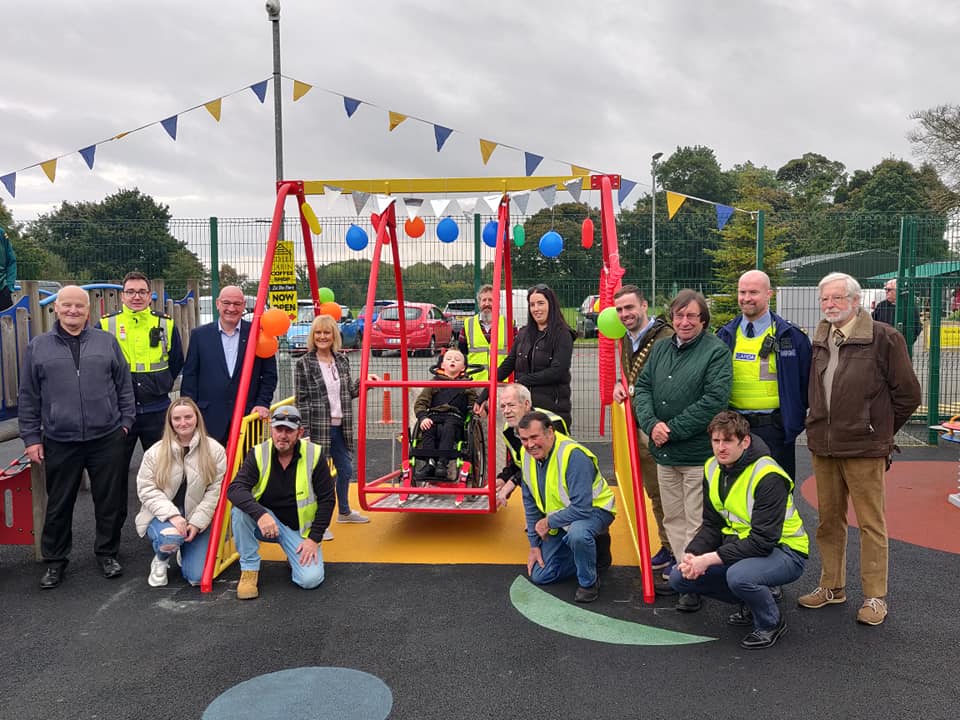 It was a fantastic day yesterday for everyone involved with the Muff Community Park where they officially launched their new wheelchair accessible swing.

The playground was developed in 2013 and had a number of pieces of equipment which are accessible to children with disabilities.

However, none can facilitate use when in a wheelchair.

The hardworking committee at Muff Community Development secured a €2,500 grant, and started a major fundraising drive to raise the €5,500 balance to meet the project costs.

Their hard work finally paid off yesterday, and they had a very special local guest to officially unveil, and test out, the new swing. 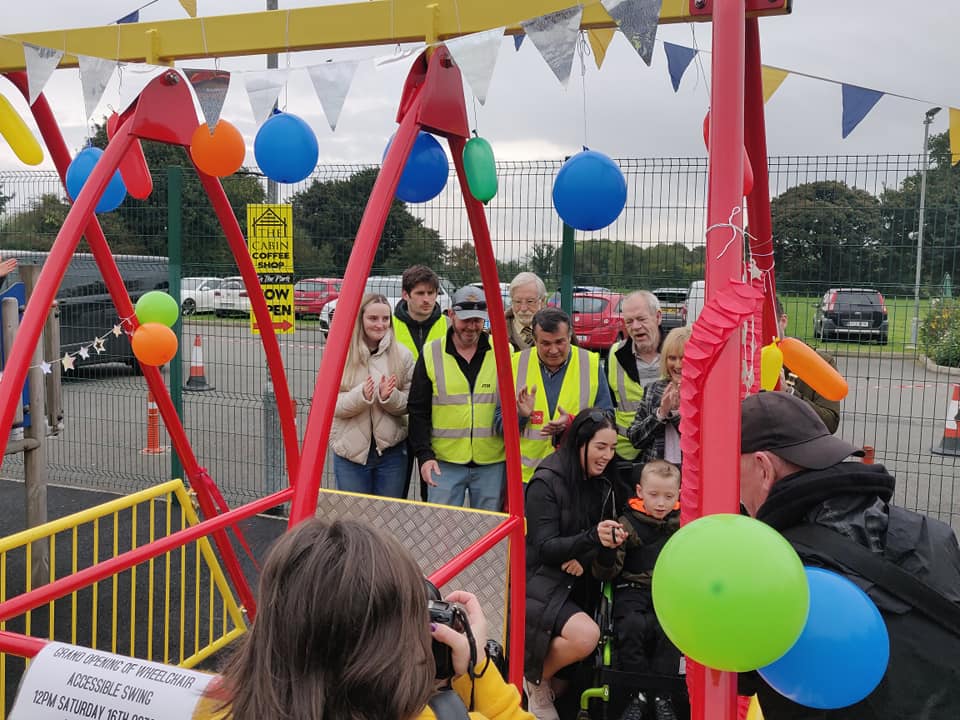 Brave Mason Doherty gets the first go on the new wheelchair accessible swing.

“We want to thank everyone who attended and to everyone who has donated to make this happen,” a committee spokesperson said.

“A big thanks to Father Farren and the Mayor of Donegal, Jack Murray, for the very kind words. A very special thank you to Mason Doherty who officially opened the swing. We are so glad this swing is available for Mason and other wheelchair users to use. Thanks to everyone for your support, without the help of our community this wouldn’t have been possible.”