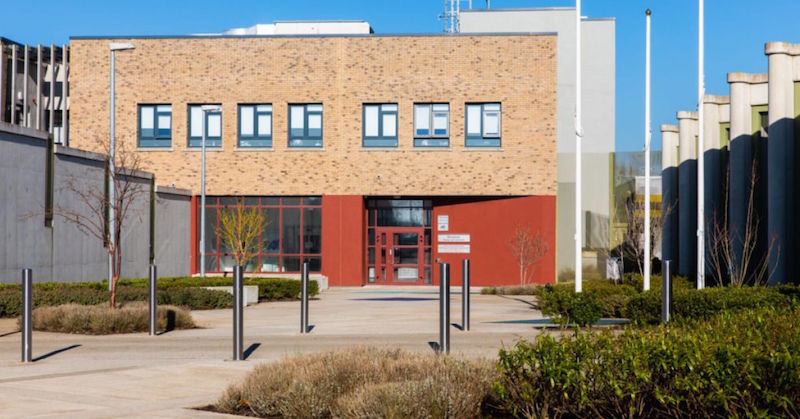 A Judge has told a young person that if he hears as much as a whisper from him before December 20th he will send him to Oberstown House for two years.

Judge Raymond Finnegan gave the teenager a simple choice after the youth appeared before him on a series of charges.

They included charges in relation to a burglary at Cooney’s Home and Garden in Letterkenny in which €400 was taken from tills.

Letterkenny District Court was told that CCTV was viewed and samples taken from premises and and Gardai believe they could trace the teen to the scene.

The boy’s solicitor Mr Rory O’Brien said the series of charges speak for themselves.

He added it would be wrong to suggest that things are perfect for the boy but that he is working with his social worker who was in court.

The boy was living in arranged accommodation in Derry.

Instead of hearing the entire case, Judge Finnegan said he was giving the boy a choice.

He said that he was adjourning the case until December 20th.

“If I hear so much as a whisper about you then you will spent your next couple of Christmases in Oberstown House. It’s not a nice place. Well that’s where you could spend the next two years. Do you understand that?

Garda Sgt Jim Collins said that unfortunately they were receiving reports of serious breaches from where the boy was now staying.

Judge Finnegan responded “Perhaps I can put it more bluntly. If we get one more report of you not making your bed or opening your curtain then you are going to Oberstown.”