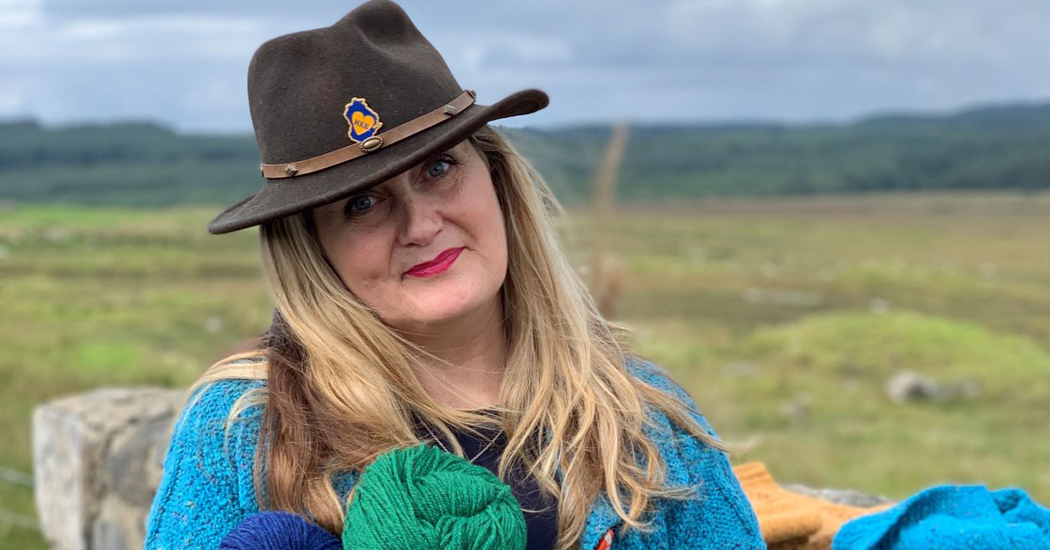 Edel MacBride is an award-winning designer, entrepreneur, philanthropist and more. Having been involved in the craft and design industry since the tender age of 11, (to source funds for a trip to Dublin!) craft is in her DNA.

Edel’s story about business, the industry, involvement in a host of initiatives in the North West City Region (Donegal and Derry/Strabane districts), the award winning #PledgeScrubs campaign and support for initiatives like #BuyDonegal, is a fascinating one.

“I was lucky to following my dream of getting into Art School at LYIT. Back then courses involved lots of expensive materials and the 80s were a challenging time. But I had a focus and an eye for fashion, which thankfully has stayed with me,” she said.

This is something of an understatement considering throughout her career, Edel has consistently developed her own ideas and designs, to international acclaim. A further LSAD qualification at LIT in Limerick and early business training at Ulster University gave a solid grounding for her future success in design and business.

One of the earliest initiatives was developing a retail business in the city of Derry in 1989, and proudly the craft village connection remains over 30 years on. The benefit of getting instant feedback from customers was extremely valuable and as Edel jokes “especially during the 90s in Derry, no-one spared your feelings!”

Edel has achieved and evolved quite a bit since then. “One of, and still is, our biggest events was the Showcase Ireland Trade Fair with a base of both Irish and International Retailers, it was hard work but great fun too. You’d want three heads to talk to buyers at times!” She’s been involved in countless fashion shows and saw a growing appreciation for Irish made designs, with a key catalyst being the recession of the late noughties.

Collaboration has always been something inherent in Edel. She’s worked with models and founders such as Donegal’s own Faye Dinsmore to develop a clothing range, forms part of the Creative Coast, a collective of the creative sector in Donegal, and recently appointed to the Board of Directors with the Design and Craft Council of Ireland (DCCI), its only North West representative. 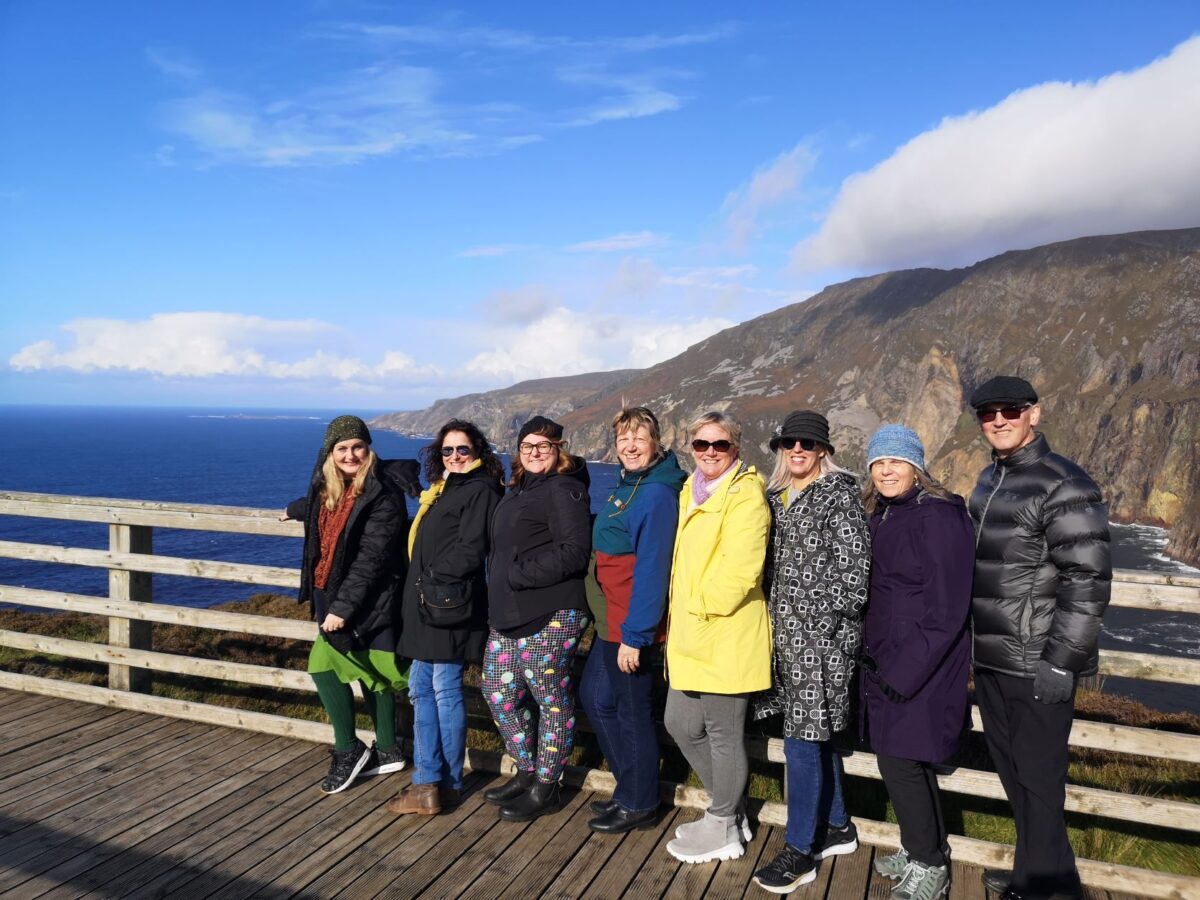 In the North West City Region she’s involved in a co-operative of craft making entrepreneurs from Donegal, Derry and Tyrone. She’s also a leading voice within the Culture Strategy for Derry City and Strabane Council and a key participant at the annual Milwaukee Irish Festival and Summer School, which has a strong connection to the Donegal and the North West.

“Growing up at times I wondered why my parents gave so much time to volunteering. I now know why.”

The #Pledgescrubs campaign started in March 2020 when Edel contacted Ray Doherty at Moville Shirts. Both were firmly committed to ensuring front line workers did not have to ‘buy’ scrubs for work. Their tireless dedication saw them raise €85,000 from over 4,000 contributors and make national news for delivering scrubs across the Island of Ireland to HSE and NHS staff. The campaign has received national acknowledgment through Today FM and recently Edel received an ‘’Above and Beyond’’ award from the Donegal Association for this work. 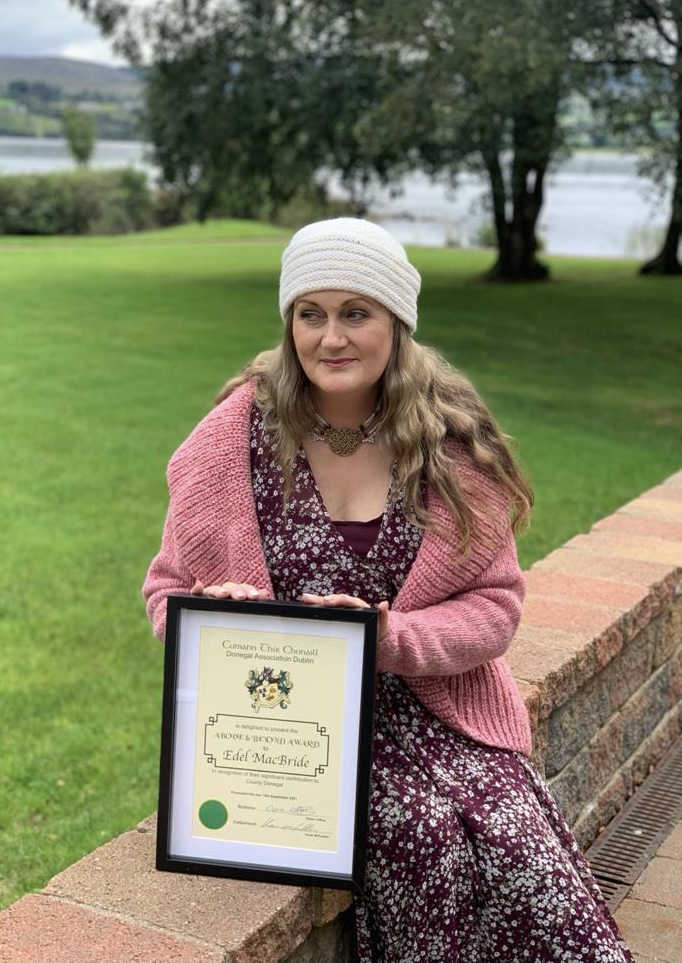 Edel with her Donegal Association Award

Edel’s dedication to all things local also saw her become a key contributor to the inaugural #BuyDonegal campaign in 2020. “This came about very suddenly as I’d been focusing on launching a new website that was more relatable to my online audience in lock down. The Pandemic redefined ‘community’ and helped broaden the campaign’s appeal. During the campaign my website traffic and sales were good and for me it was important that the #BuyDonegal message reflected a quality standard my customer expects.”

Edel (unsurprisingly) has plenty of ideas for #BuyDonegal 2021 with competitions and different hashtags all considerations. “For me it’s good to keep the content entertaining too. Shopping should have a recreational feel. There was great collaboration between companies involved last year and I’m sure that will be the case this year too.”

#BuyDonegal takes place from 5th November – 31st December 2021. The official campaign launch webinar is on Wednesday October 27th for which you can Register Here