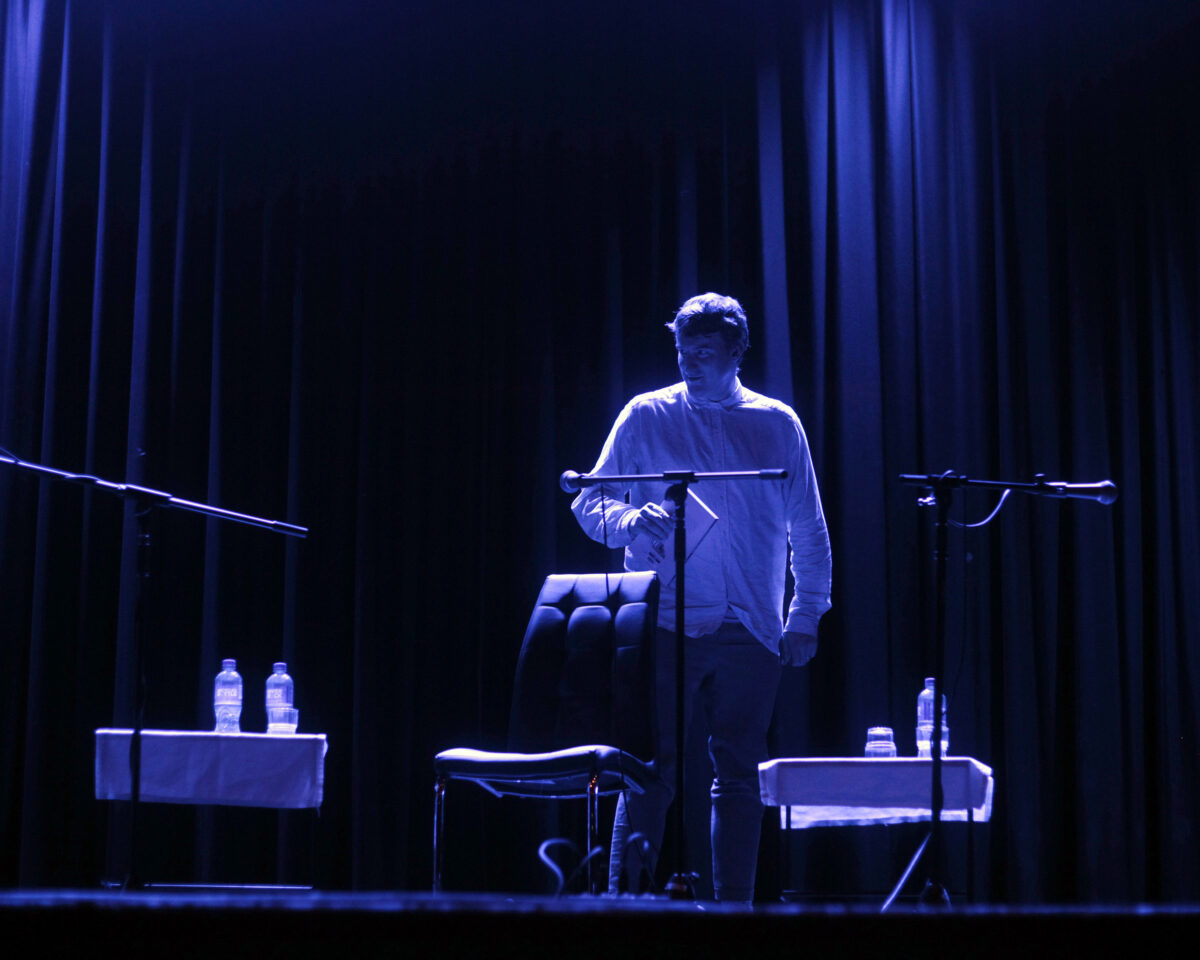 A recent event prompts columnist Brian McDaid to reflect on those who have gone before us.

Our home is full of pens that don’t work but that’s never a good enough reason to throw them out.

Ones that have any sign of ink in them but don’t work are in a box by the phone as you go through a range of great looking pens as you try and scribble down a number or a name as pen after pen won’t write. Then you end up with a number or an address printed out in crayon that you grabbed at the last moment. Recently another pen turned up, this pen was a fountain pen found in one of the many Covid expeditions looking through old boxes in homes over lockdown. And you guessed it, it doesn’t work either.

On Sunday I travelled to cover the Donegal Bay and Blue Stacks Festival at the Abbey Centre in Ballyshannon where writer Seamas O’Reilly was one of the special guests reading and chatting about his book entitled, “Did ye hear my mammy died?”.

Poet Denise Blake hosted the afternoon and asked all the right questions. Her life experience of losing her mother at a young age and like myself had me sitting in the audience wishing the interview would never end.

Seamas believed he had only five memories of his mother before she passed away when he was five.

Seamas’ father, a Fermanagh man was in the audience as was Seamas’ young son milling about in the green room before the show. It was the first time since lockdown that the three generations of the O’Reilly family were able to attend a public event since Seamas’ book was released, and as it happened Sunday last was the 30th anniversary of Seamas’ mother, Sheila’s passing. 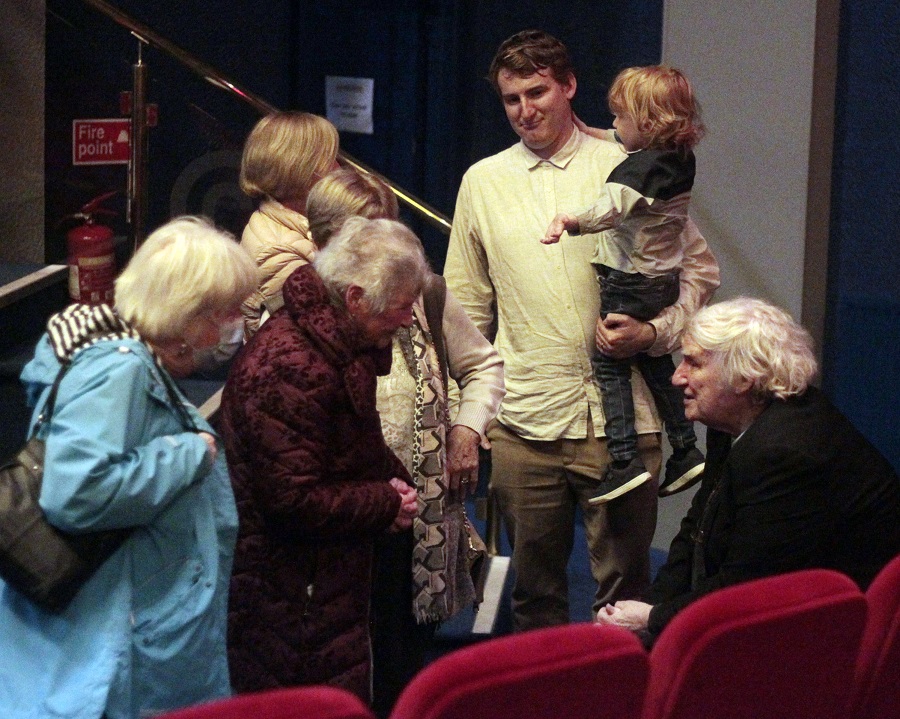 Seamas O’Reilly with his son and his father at the Abbey Centre in Ballyshannon at the weekend. Photo Brian Mc Daid.

Brian was 5 on Saturday, it’s very dark now in the mornings for school as we didn’t change to old time this year and the children all need armbands or luminous cases or bags going out. 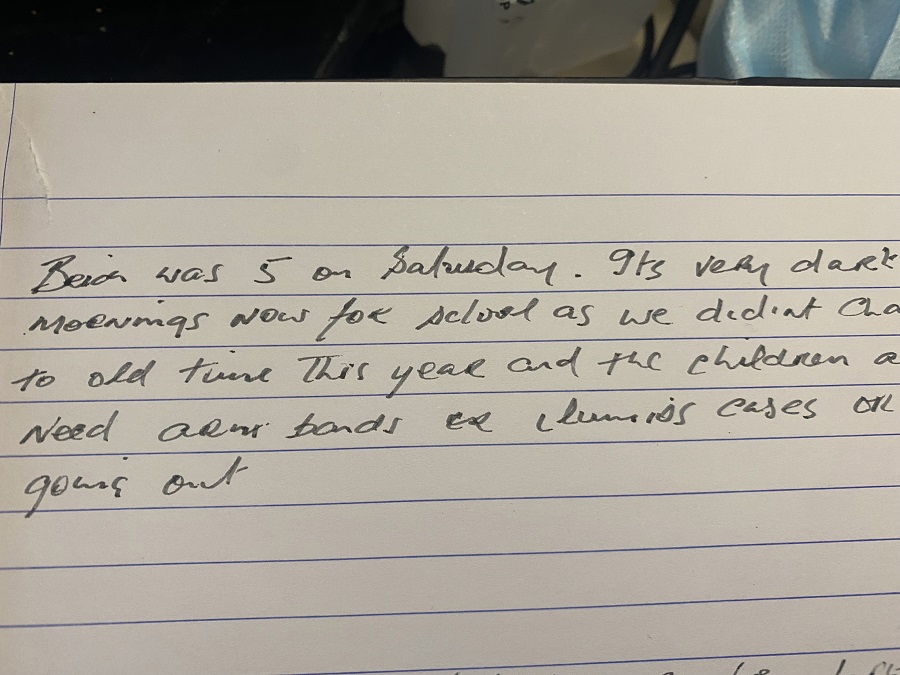 Trying out the old pen with new ink writhing a paragraph from a letter my mother wrote a half a century ago. Photo Brian Mc Daid.

My mother wrote this in her last letter to her younger sister Margaret in Australia in January in 1969 and Margaret posted it back to me 50 years later.

I rewrote this out on a piece of paper this week when I finally got the old fountain pen we found recently to work. I was surprised that I still was able to buy an ink cartridge for it but had to google how to clean the nib by leaving it in a glass of water for a few hours before the old ink that was caked and dried into it softened and the fresh new ink finally got as far as the nib.

It was my way of going over old memories through an old letter that my mum wrote in 1969, it was posted to Australia back then and 50 years on My Auntie Margaret posted it back to me. I remember my mother’s handwriting, a few of her school books from her years at the Tech were in our home for years after she passed away.

As Seamas left the stage after the lights went down on Sunday afternoon he paused for a moment and looked back to where he was sitting, in the darkness as I press the button on the camera I was thinking about our three mothers that went before us but are still very much with us in we private moments like this.

A moment in time on stage when the light went down in Ballyshannon thinking of the people that went before you. Photo Brian McDaid.

On Monday night I read over the 50 year old letter and remember things like the day we went up the High Rd in a sleet shower to get the polio vaccine, which she described in the letter. It’s funny how things have turned full circle, my mother wrote her letter with a red pen, not a natural choice but maybe she too had a few pens that didn’t write in our home too. 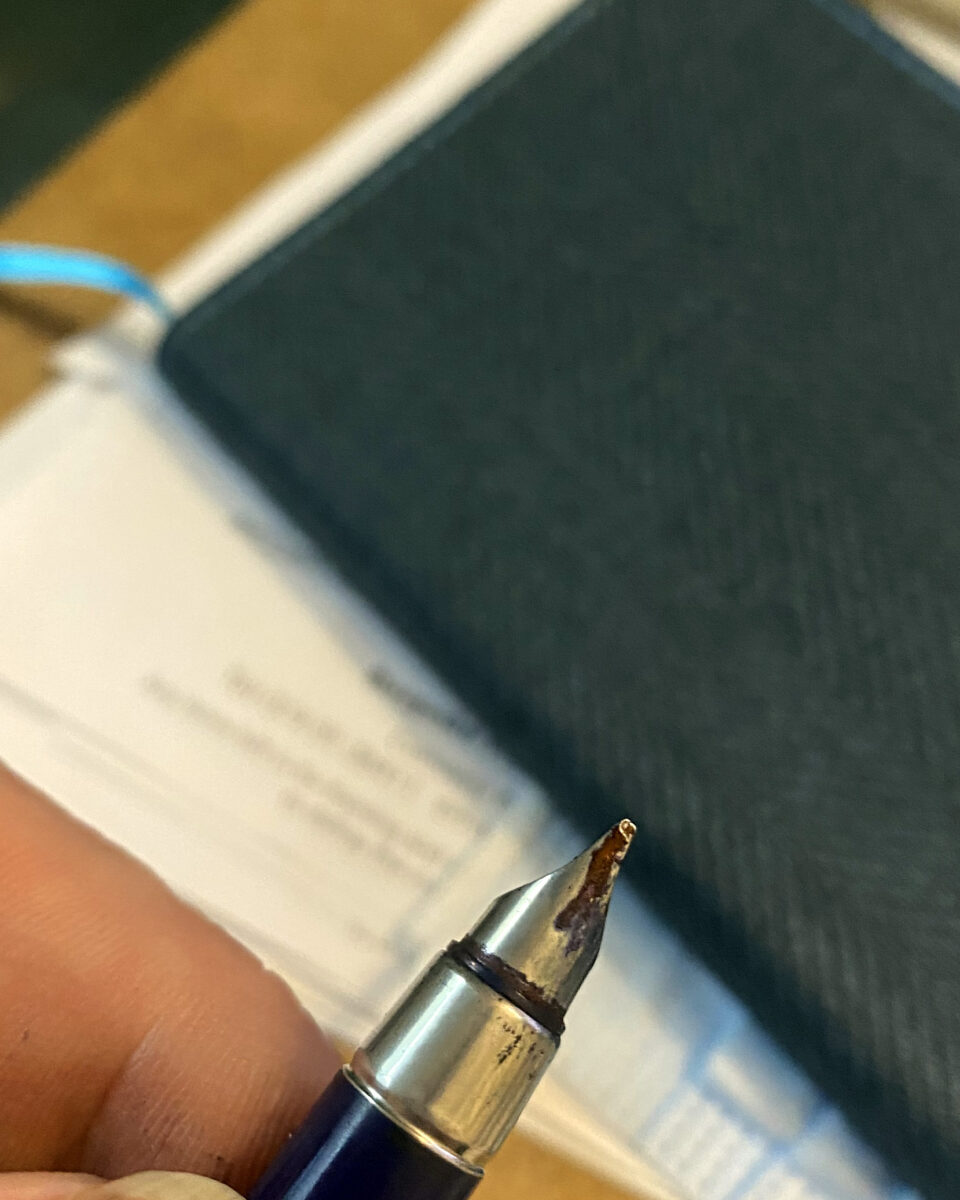 The nib of the old fountain pen that turn up over lockdown. Photo Brian McDaid.

Looking a bit closer at the fountain pen that turned up I thought I could see the word Mark engraved on it but with a closer view through a magnifying glass, it was the word PARKER the makers name. This pen was either one that was given as a present to Fr. Mark or my Auntie B, and all these years later it still writes perfectly with a bit of love and attention, I can just see Auntie B writing with this pen, names for a bus trip to Ards or Knock or carefully writing the name of someone into a mass card which she looked after at her home. Another full circle is in the letter. Reading through all of the 5 pages my mother was telling Margaret about my auntie B organising a bus trip down to Ards Friary to a play which was put on by the young student priests to raise money to build a new church at Doe. Auntie B got a full bus load most of which were from the third order. The play was called ‘The Enemy Within’ my mother though Brendan Friel wrote it, on the history of St. Columba’s life in Iona.

A paragraph from my mother account of the play ‘The Enemy Within’ written over 50 years ago. Photo Brian McDaid

On Tuesday this week I was on the same road as Auntie B my mother and Fr. Mark on a short journey to the Regional Cultural Centre to take photos of cast members for a forthcoming play called, ‘The Enemy Within’, this one was written by playwright Brian Friel, who I imagined had a far better supply of pens than our houses had over the generations. 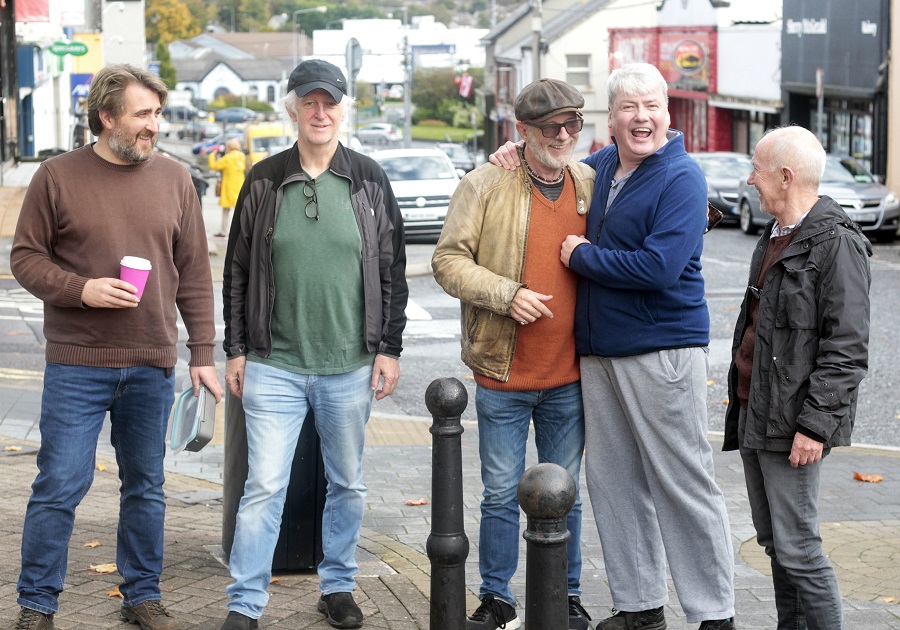 Some of the cast members in Letterkenny preparing for the Brian Friel Play ‘The Enemy Within’ which will run at An Grianan Theatre. including Sean Mc Ginley, Brian Donegal, Liam Carney Jack Quinn. And Charlie Bonnar. Photo Brian McDaid.