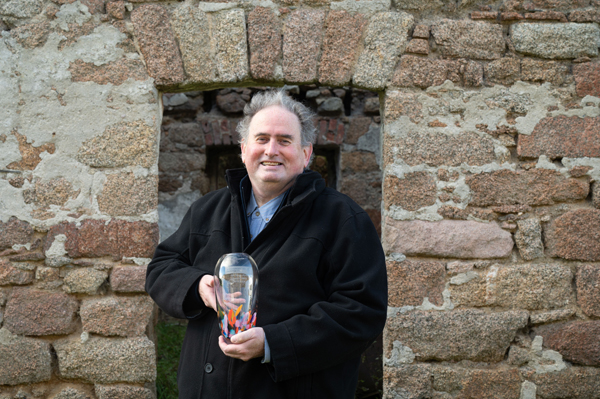 Burtonport man Patrick Boner has been recognised as a Heritage Hero in the National Heritage Awards.

The on-line event was hosted by The Heritage Council and presented by RTÉ broadcaster Anne Cassin.

The ‘Heritage for All Ages’ Award was won by the Ballyshannon Regeneration Group, while Oideas Gael claimed the National Heritage Awards County Award.

He has been awarded the Heritage Hero Award for his contribution to the preservation, protection and promotion of the local heritage in the area. 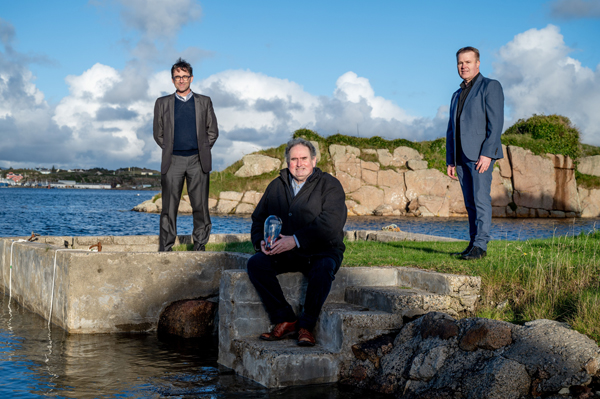 He is author of ‘The Story of The Cope’, an acclaimed social history of Templecrone Agricultural Co-operative Society and is currently writing ‘Her Story – Sally the Cope’, continuing his focus on the cooperative movement locally. He has researched and produced the Dungloe Heritage Trail, contributed articles to several local history publications, magazines and local newspapers and has played a proactive role in commissioning reports and conservation works on heritage sites/buildings in west Donegal including the Cooperage in Burtonport.

Understanding the value of sharing heritage and reaching new generations, Patrick has embraced social media, promoting local projects online.  He has also spoken to students in local schools and has organised field trips and boat tours to islands in the region, including Rutland.  Through his involvement in heritage, he has acquired a personal collection of items, maps, photographs, postcards and documents, some of which he has now donated to the County Archives, County Museum, and Central Library to benefit future researchers, students and the whole community.

Patrick has made an outstanding and tireless contribution to the preservation, conservation, and promotion of heritage in west Donegal, has a passion for promoting the digitalisation of archives and has been involved in the organisation of many National Heritage Week events.

The ‘Heritage for All Ages’ Award was won by the Ballyshannon Regeneration Group for their video ‘A Virtual Saunter Down Ballyshannon’s Historic Mall’ to showcase the buildings of historical, economic, social and cultural significance on The Mall in Ballyshannon.  As part of the research, they invited older people to share stories and borrowed books, documents, pictures, photographs from a number of people within the community.  Young people were asked to participate as well and recite poems and sing songs of significance to Ballyshannon’s heritage throughout the project video.

The National Heritage Awards County Award recognised the most successful project in each local authority across the island with Oideas Gael claiming the prize in County Donegal.  Their project, ‘Mapping the Heritage of Gleann Cholm Cille Parish’, focused on creating an interactive digital map showcasing the rich heritage of minor placenames in Gleann Cholm Cille.

“The commitment and success of Donegal-based heritage groups, communities and individuals has been remarkable and it’s great to see their hard work rewarded in the National Heritage Awards again this year” said Joseph Gallagher, County Donegal Heritage Officer.

“The success of Heritage Week rests with groups like the Ballyshannon Regeneration Group and Oideas Gael, and with heritage ambassadors like Patrick Boner who raise awareness, encourage appreciation and promote better understanding of our local heritage.  Their recognition as the best in their award category is all the more impressive when you consider the increasing quality of, and competition from, Heritage Week projects nationwide.

“There were over 1,050 heritage projects considered in the award categories including 57 projects from County Donegal.  The continued investment in our natural, built and cultural heritage has never been as important in order to reinforce our sense of place, support our well-being, provide local employment, support our local economy and provide the bedrock for our tourism industry.”

Commenting, Minister of State for Heritage and Electoral Reform, Malcolm Noonan TD, said: “I am delighted to be able to attend the annual National Heritage Awards and celebrate the efforts of the awardees in ensuring the realisation of the promotion, preservation and conservation of our heritage.  I am particularly encouraged by many of the awarded projects’ use of modern technologies to communicate and record our heritage at a local level.  This makes their work, and our shared heritage, more accessible to new audiences.”

Chief Executive of the Heritage Council, Virginia Teehan added: “This year, as part of National Heritage Week, The Heritage Council invited heritage enthusiasts to ‘open the door to heritage’ and think about how as many people as possible could be included in their activities.  The result has been a huge volume and variety of heritage activities being organised.  This success reflects the dedication of individuals and communities, many of whom are being recognised at the National Heritage Awards, to capture, celebrate and share Ireland’s rich and varied heritage.  ‘Heritage Hero’, Patrick Boner, is one such individual whose work in west Donegal has led to a greater understanding and appreciation of the heritage in that particular area.  On behalf of everyone at The Heritage Council, I offer sincere congratulations to not only the winning and shortlisted groups and organisations, but to all those whose who were involved in the organisation of National Heritage Week activities and considered for an award.”