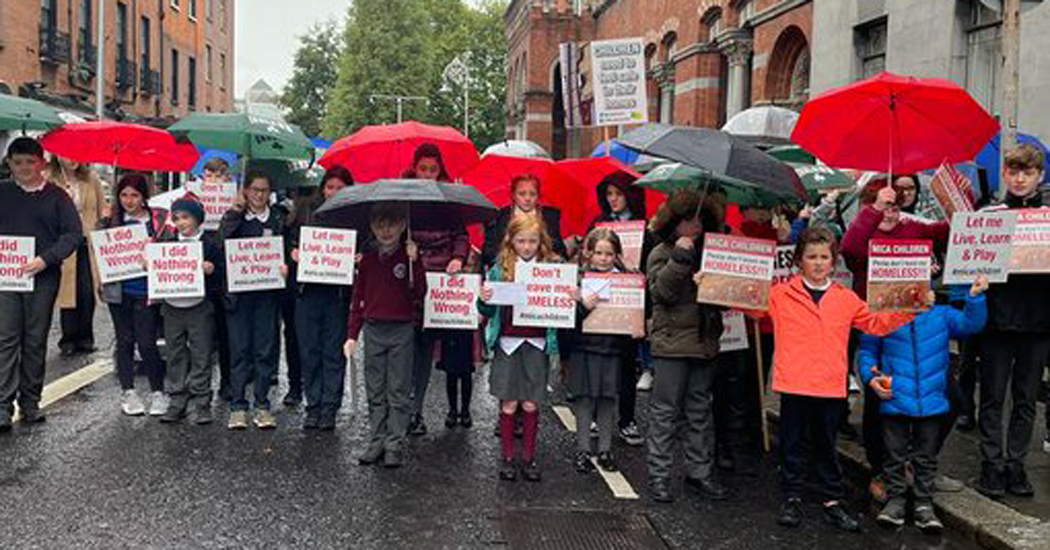 Donegal’s ‘Mica Children’ call on Taoiseach to hear their cries

More than 50 children from Donegal have called out for An Taoiseach to meet them at the gates of Leinster House this lunchtime.

The schoolchildren, from Inishowen and other parts of the county, are calling for 100% redress for their mica-affected homes.

The children are seeking to give hand-written letters to Micheál Martin and his government Ministers, to tell of their worries and their family crises.

Some children have shared their fears that Santa won’t be able to come down their chimney this Christmas.

Mr Martin said his office was not aware of any invitations to meet the group today. The Mica Action Group, however, said they wrote to all government leaders about the protest on 13th October.

“The situation is shocking. It is terrible that children have to be outside Leinster House. We’ve heard the message and we want to get this resolved comprehensively for the owners of the homes.

“The homes are in a terrible condition in many instances and there is a range of issues that have to be addressed.” 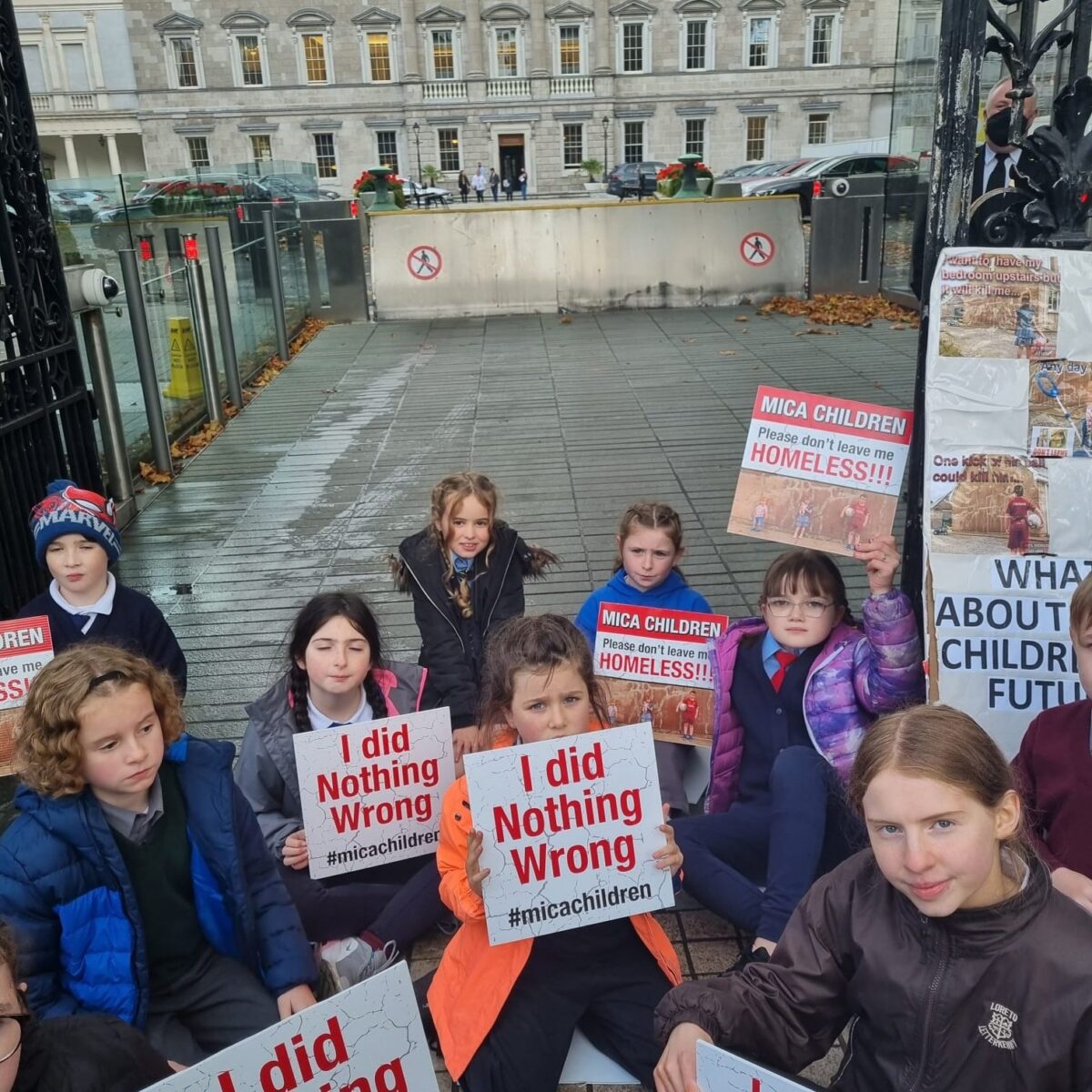 Mr Martin said that the government is the one agency left to repair Mica-affected homes, and it intends to do that with careful administration of a new scheme.

“There will have to be enormous privision to deal with the Mica situation, to refurbish housing, give guarantees, to give a long-term situation that gives people a sense of security,” he said.