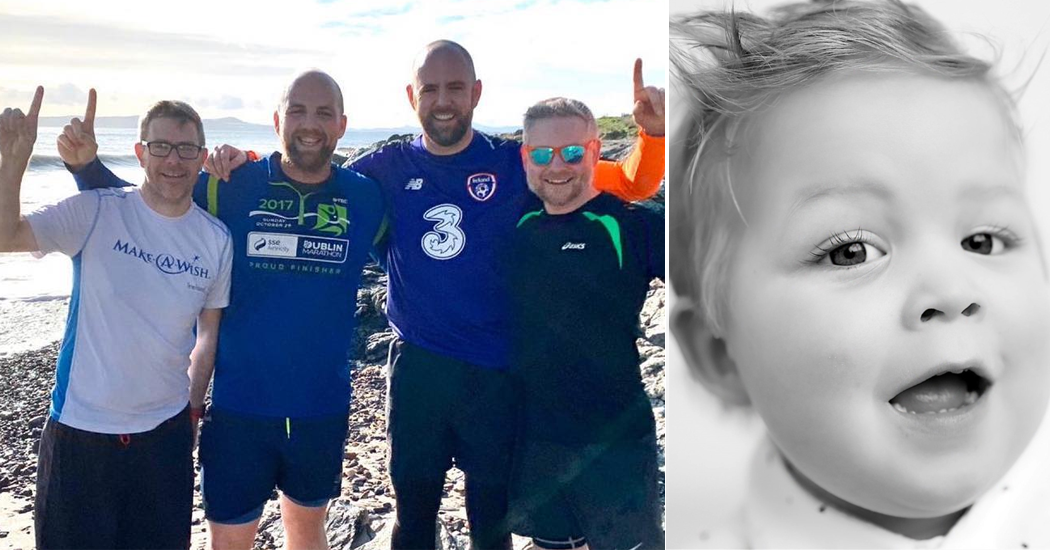 This Sunday will see four determined men making their way from Dublin to Donegal – one half-marathon at a time.

The Dublin2Donegal challenge is for Make A Wish Ireland in memory of Dublin toddler Séimí Brennan, who passed in 2017 at the age of three.

Starting off on the 24th October, Seimi’s dad Dave (Dublin), Barry Brennan, a family friend from Donegal Town, Eamon from Arklow and Eoin from Limerick will run 7 half-marathons in 7 days to make it from Dublin City to Donegal Town. (Click here to donate)

Donegal will be a poignant finish line for the group, since Dave spent many summers in Gaoth Dobhair studying Irish.  His favourite picture of little Séimí is on a weekend away in Donegal, where he stood on the Diamond doing his famous ‘high one’. 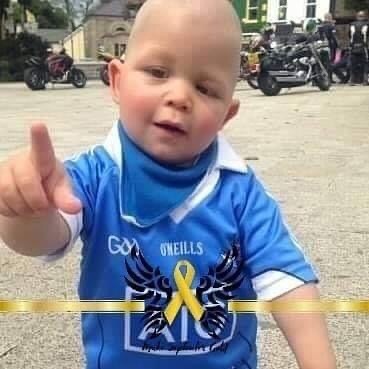 This is the lads’ fourth attempt to run this challenge following COVID restrictions but they are determined to reach their goal this year.

And it’s their biggest challenge to date for Séimí. The group’s Make-A-Wish Ireland story began with the 2016 Dublin City Marathon and an initial €5,000 being raised. Three years and nine marathons between them later,they have raised over €30,000 to help Make a Wish Ireland grant wishes in Séimí Brennan’s name.

Séimí was diagnosed with a brain tumor just a few weeks after he was born. Séimí battled bravely through surgeries, chemo and all his treatment. He charmed everyone who was lucky enough to meet with his cheeky smile.

Make-A-Wish Ireland organised for Séimí, his Mammy Orna, Daddy Dave and little sister Nia to go away on holidays. But sadly just before they were due to leave Séimí became too unwell to travel. On the 3rd of September 2017 Séimí passed away.

All monies raised by the Dublin2Donegal challenge will be donated to Make-A-Wish Ireland in the name Séimí Brennan and all wishes granted with this will be in little Séimí’s name. 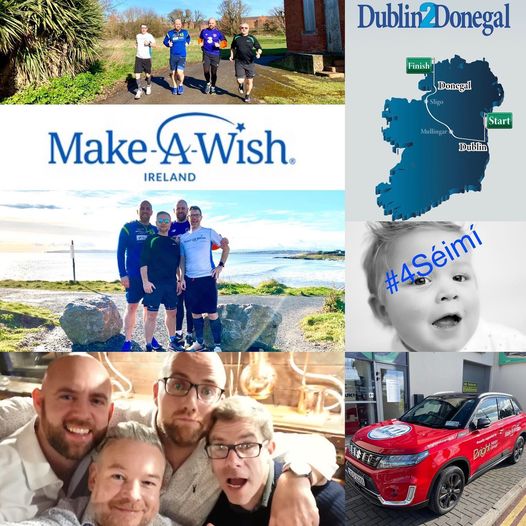 The lads are well on their way to reaching their €30,000 target, and it is hoped that much more can be raised for the great cause over the week to come.

To support their challenge, please donate to: https://donorbox.org/dublin2donegal-4seimi