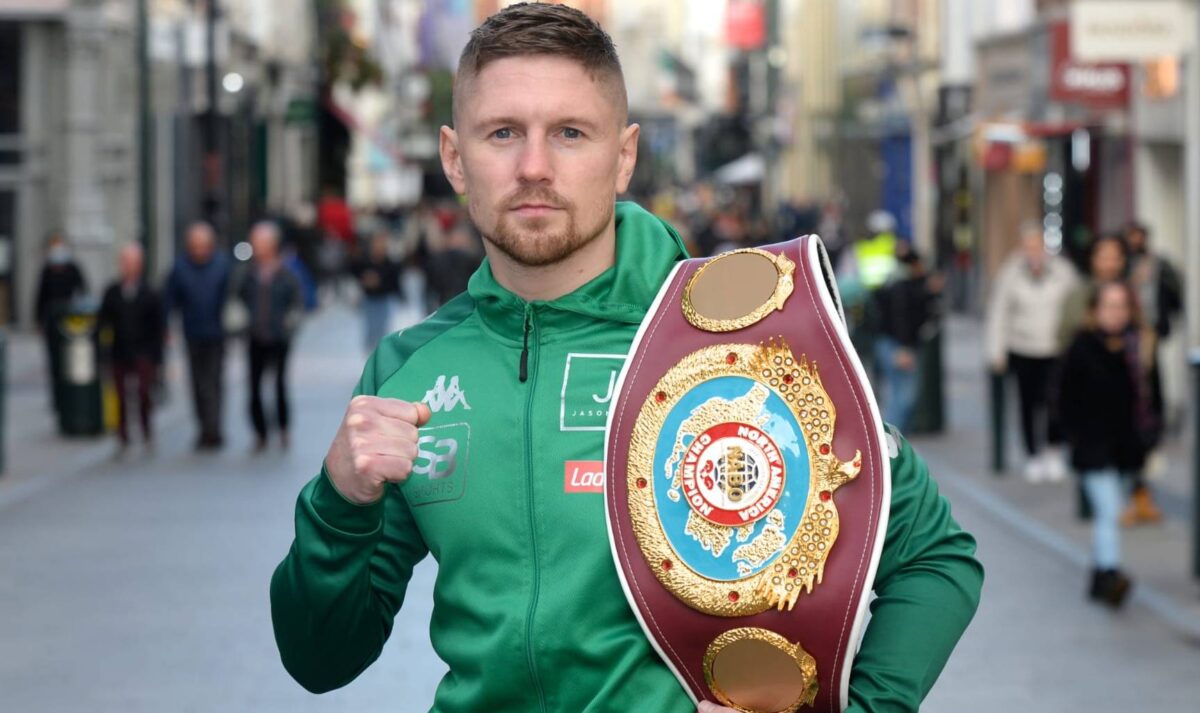 Quigley: I’ll happily step in and bring that title back to Ireland

Jason Quigley was full of confidence at today’s media conference ahead of his challenge for the WBO World Middleweight title against Demetrius Andrade on November 19th in New Hampshire.

Speaking at the Marlin Hotel, Dublin, Quigley told the media that he’s in the right condition to step up to the challenge and bring the title back to Donegal.

“He needs fights and the big guns are avoiding him. I’ll happily step in and bring that title back to Ireland.

“I’m at the perfect stage in my life and my career to deal with this situation. I’m not the young kid now living for the whole excitement of fighting for a world title. 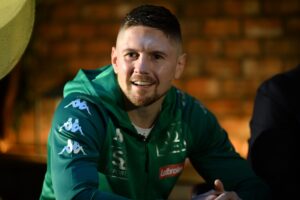 Jason Quigley speaking at his media conference in Dublin. Photgraphy by Justin Farrelly for Sport Endorse

“This is just another fight and I’m training my absolute ass off in the gym to get that W (win). To get that W will mean so much in this fight than in any other fight.

“I know that I can bring stuff to the table that is going to upset him, make him see things that he’s not always seen inside the ring.

Quigley’s last fight was won by decision against Shane Mosley Jr. in Nevada.

His opponent, Demetrius Andrade is unbeaten in 30 fights and will prove to be Quigley’s toughest test to date.

Quigley: I’ll happily step in and bring that title back to Ireland was last modified: October 20th, 2021 by Staff Writer
Facebook0Tweet0LinkedIn0Print0