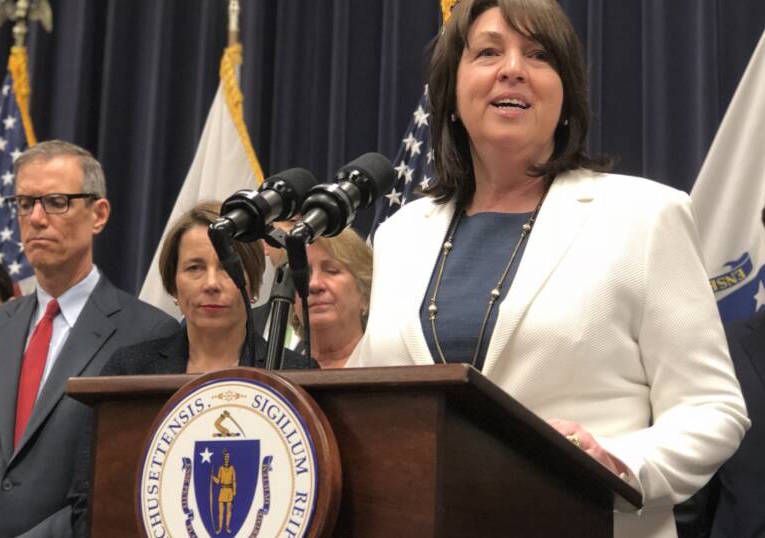 Granddaughter of Donegal immigrant nominated as US Ambassador to Ireland

The granddaughter of a Donegal immigrant is in line to becoming the next US Ambassador to Ireland after being nominated by President Joe Biden in June.

Claire Cronin was among more than 30 nominations that were approved by the US Senate Foreign Relations Committee on October 19.

Cronin, who is currently the House Majority Leader in the Massachusetts House of Representatives, testified for her nomination on September 29.

She spoke proudly of her Donegal heritage.

She said “When my grandfather left Donegal for the promise that America held, I can’t help but wonder what he would have thought if he knew his granddaughter would one day be testifying before this esteemed committee as the nominee to be the US Ambassador to Ireland.

“The Irish first arrived on our shores before the founding of our nation. Their significant contributions, sacrifice, and hard work helped define the American spirit and shape our success today. Over 30 million Americans claim Irish heritage. The historical, cultural, and economic ties between the United States and Ireland are undeniable and will forever unite our countries.

“This strong relationship is demonstrated within my own family. We are blessed and forever enriched by the addition of my sister-in-law Breffni, who was born and raised in Dublin.”

During the testimonies, fellow Irish American Senator Ed Markey introduced Cronin warmly as his friend and offered his endorsement.

Testifying for her own nomination, Cronin said it was “an honor” to be President Biden’s nominee, and went on to thank her family and friends for their support.

“If confirmed by the Senate, I pledge to work closely with Congress and Administration to advance United States’ priorities and reinforce our shared values in Ireland,” Cronin said.

Cronin outlined her commitments should be confirmed by US Senate, including protecting the safety and security of Americans in Ireland and advancing “the shared values of that are the bedrock of our enduring ties.”

She added that the US and Ireland remain committed to the Belfast / Good Friday Agreement and that she will encourage the UK, EU, and Ireland to “engage in productive and cooperative dialogue to resolve the differences over the Northern Ireland Protocol.”

She concluded: “Our relationship is close and enduring, one that will continue to grow ever stronger as we work together on a range of shared issues. If confirmed, I will advance our shared priorities, expand our rich economic and commercial cooperation, and strengthen our people-to-people ties.”

Granddaughter of Donegal immigrant nominated as US Ambassador to Ireland was last modified: October 22nd, 2021 by Staff Writer
Facebook0Tweet0LinkedIn0Print0