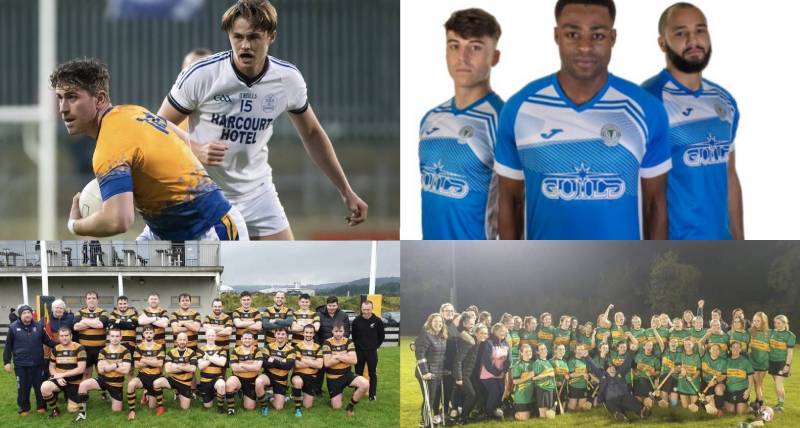 As we approach the final months of the year, it usually signals the end of the season for many sports, but this weekend looks to be another cracker with a wide range of competitions on.

Naomh Conaill will face Kilcar in what will be a hotly contested match after the controversy of the 2020 county final that only took place in August. With Naomh Conaill winning the game after a penalty shoot-out, Kilcar appealed the victory after the Glenties club used too many substitutes in extra-time.

With the verdict of that match still hotly contested, both clubs will be looking to prove themselves this weekend at O’Donnell Park and book a place in the SFC final . The game will be live on TG4 with throw-in at 1.45pm Sunday 24th October.

The other semi-final will see St.Michael’s take on St.Eunan’s at MacCumhaill Park at 5pm on Saturday 23rd October.

The Senior Camogie Final between Markievicz Camogie Club and Burt takes place at the Donegal Training Centre in Convoy on Saturday 23rd October at 2pm. Markievicz Camogs, who were only founded last year, will be looking to steal the show in their debut year but will face a tough test against a strong Burt side.

Finn Harps take on Sligo Rovers at Finn Park in a massive North-West Derby with both teams desperate for the three points for different reasons in the Premier Division. Following the loss to Waterford, Harps are in an uncomfortable position in 8th place, just 1 point ahead of the relegation play-off spot. Kick-off is at 7:30pm on Saturday 23rd October.

Athletes from around Donegal will be travelling to Belfast this Sunday for the NI and Ulster Bobby Rea and Even Age Group Cross Country Championships. The event is being held in the Billy Neill MBE Country Park.

Letterkenny Rugby Club senior’s travel to Monaghan on Saturday 23rd October as they look to build on last weekends top of the table clash victory over Virginia. Letterkenny are now top of the Ulster Rugby Championship Division 3. The game kicks-off at 2:30.

Raphoe Men’s 1st XI are in action away to top of the table Cookstown in the Ulster Premier Division on Saturday.

Other Fixtures in Donegal

Have we missed anything on? Please let us know in the comments or at info@donegaldaily.com