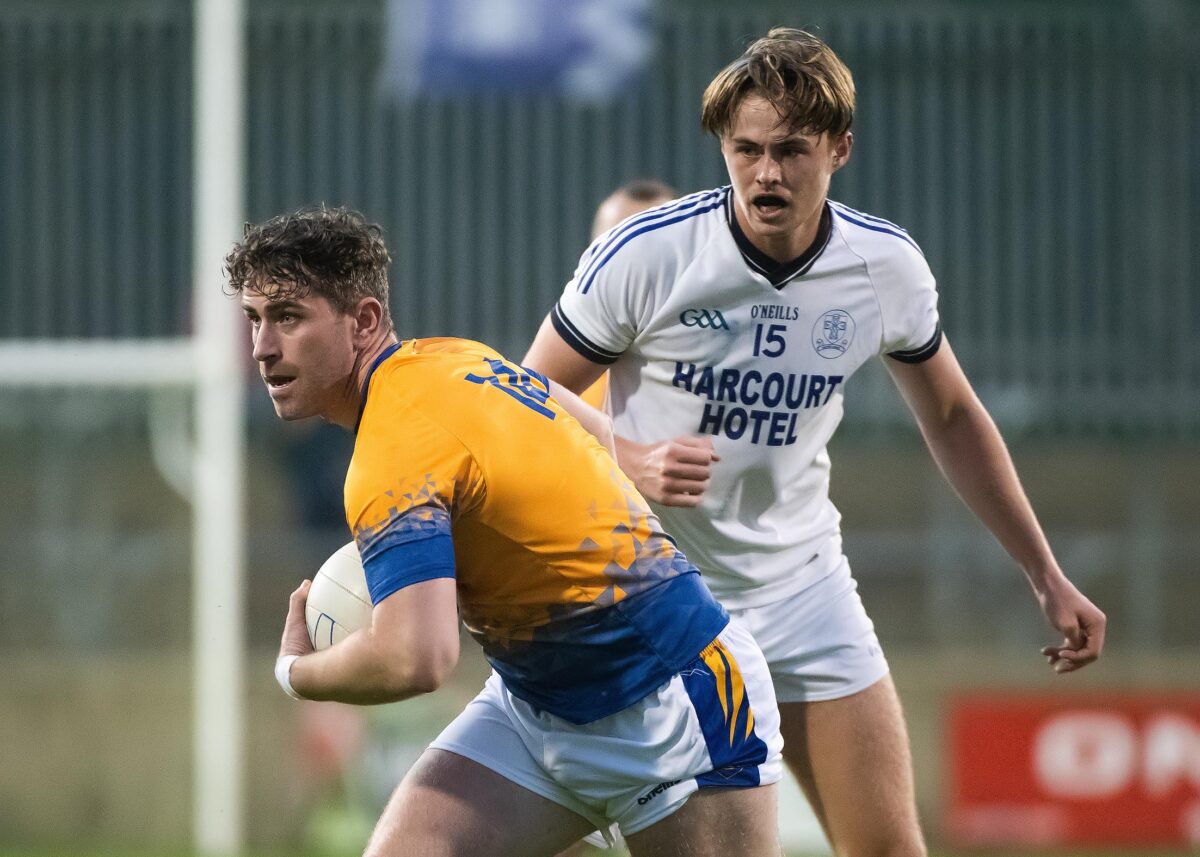 After the controversy of the 2020 final, Naomh Conaill showed their quality to set up a Senior Football Championship final with St. Eunan’s on Sunday 7th November after a win over Kilcar in O’Donnell Park.

Charlie McGuinness was the man on form for the Glenties side as his five points proved vital. Patrick McBrearty’s late goal was disallowed which would have levelled the game.

Naomh Conaill started the scoring as Charles McGuinness scored from a mark inside the first minute but Stephen McBrearty levelled minutes later.

The Glenties side had a massive goal opportunity when Jeaic MacCeallbhuí played in Eoin Wade for what looked to be a certain goal, but he pushed the ball wide.

Odhran Doherty was black carded for an off the ball incident and Kilcar made the advantage count. McBrearty got his second point with an impressive score before Patrick McBrearty equalled it with a huge point of his own.

McGuinness kept his side within a point at the water break from a free kick.

Just three scores in the second quarter of the game as Patrick McBrearty scored from a free kick but Naomh Conaill went into half-time level as Ethan O’Donnell scored from play before another McGuinness free made it 0-04 apiece.

The second half started much brighter as both sides almost scored a goal within the first 2 minutes. Naomh Conaill had the first chance when a goal mouth scramble ended in the ball falling to Wade but again he was denied, this time by Eoin McHugh.

Kilcar went straight up the other end and Ciaran McGinley saw his shot saved by Stephen McGrath.

Stephen McBrearty put Kilcar ahead again with a great run out right and he put it over from a tight angle but Naomh Conaill quickly scored three points without reply before the water break through Odhran Doherty, Ciaran Thompson and Kevin McGettigan.

Ethan O’Donnell had a goal chance just before the end of the third quarter but his shot went just wide, keeping the score at Naomh Conaill 0-07 Kilcar 0-05.

Naomh Conaill extended their lead in the final quarter through Thompson and McGuinness but Kilcar weren’t ready to give in.

Points from substitute Brian O’Donnell then a hotly contested point from Patrick McBrearty made it a 2 point game again.

Doherty’s shot/pass landed short and was palmed over by McGuinness for his fourth point of the game. The sides exchanged points as Michael Hegarty kicked over the bar before Ethan O’Donnell fisted over.

Kilcar went for the goal as McBrearty and Barry Shovlin shot from close range but the white sea of Naomh Conaill defenders blocked well. Kilcar had the ball in the net in the dying seconds through McBrearty but referee Enda McFeely signalled it was a square ball and it was disallowed.

Naomh Conaill will face St. Eunan’s in the final at 3.15pm on Sunday 7th November live on TG4.