Some builders ‘taking the mick’ with crazy mica quotes – MAG

Some builders are ‘taking the mick’ with their ‘scandalous’ quotations for repairing and rebuilding mica affected homes.

Those were the words included in a strongly worded condemnation in a video from the PRO of the Mica Action Group (MAG) which was posted on YouTube at the weekend.

“I’m getting people contacting me about prices being given by builders which are nothing short of scandalous,” Mr Michael Doherty said.

“That’s for another day, but I just want to mark a few cards here. There is no way that we spent years fighting for a scheme for some contractors to take the mick out of us when it comes to fixing houses.” 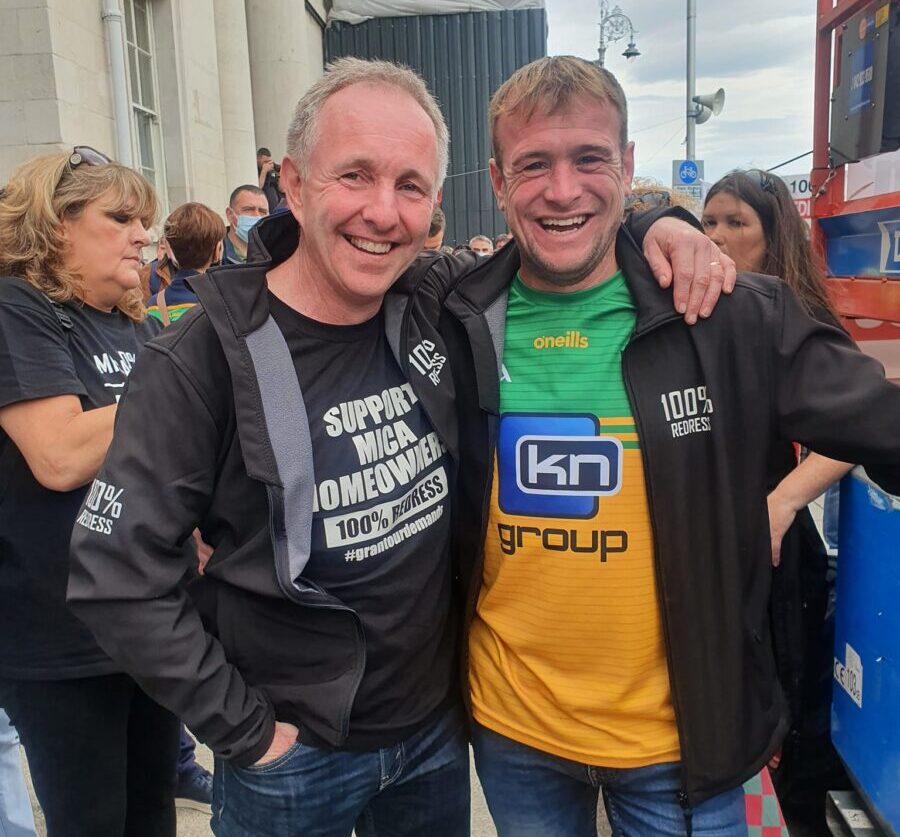 Michael Doherty(left) and Paddy Diver at the recent mica protest in Dublin.

Mr Doherty also warned: “If that’s where they (builders) want to go, we’ll take them on – not now, but shortly, after the new scheme is announced.”

Mica homeowners are to be offered an enhanced redress scheme with details set to be revealed on November 9th.

He added that ‘even the best scheme in the world’ wouldn’t cover the kind of prices being quoted by some contractors.

“We didn’t go fighting this campaign to make millionaires out of contractors, we did this to try and fix people’s homes.”