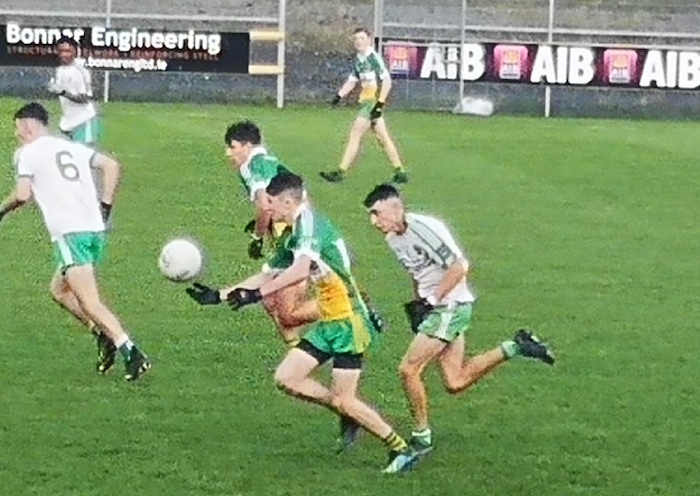 Sean MacCumhaills and St Nauls claimed the Division 1 and 2 Minor titles today in front of a huge crowd at O’Donnell Park in Letterkenny.

In the Division 2 final the team from Inver looked like they were cruising to a comfortable victory.

However, opponents Muff have to be commended for a never-say-die attitude which saw them rally right until the final whistle.

In the Division One final, MacCumhaills were hot favourites against a Glenswilly side looking for their first ever Minor A title.

The Ballybofey side got off to a prefect start and raced into a 1-1 early lead.

MacCumhaills went in 1-3 to 0-1 at the break but that scoreline certainly didn’t reflect the play as Glenswilly pressed hard to break down a dogged MacCumhaill’s defence.

Martin Glackin’s Glenswilly still felt they had an outside chance as they emerged for the second half but an early second half goal for MacCumhaills put an end to the contest.

Glenswilly will rue missed first half chances but overall MacCumhaills were value for their victory on a final scoreline of 2-9 to 0-3.