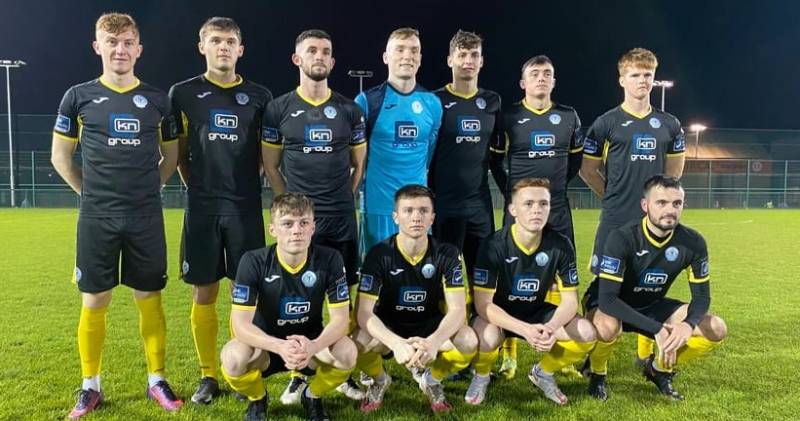 A crazy game in the Ulster Senior League between the two Donegal sides ended 5-5 at Maginn Park.

The game started as expected with a bang as Letterkenny Rovers took the lead through Simon McGlynn after just 25 seconds.

Finn Harps u21s levelled just 5 minutes later through Stephen Doherty but Rovers again went ahead thanks to a Chris Malseed goal after just a quarter of an hour.

Harps scored three goals in quick succession thanks to a Luke Rudden brace and another from Stephen Doherty to make it 4-2 at half-time.

Letterkenny Rovers put up a fight and Conor Tourish made it 4-3 before a Mark Timlin penalty looked to seal the win for Harps.

However, an 85th minute Gareth Doherty penalty set up a nervy ending and Letterkenny Rovers were celebrating when  substitute Tim Callaghan levelled the match on 89 minutes.