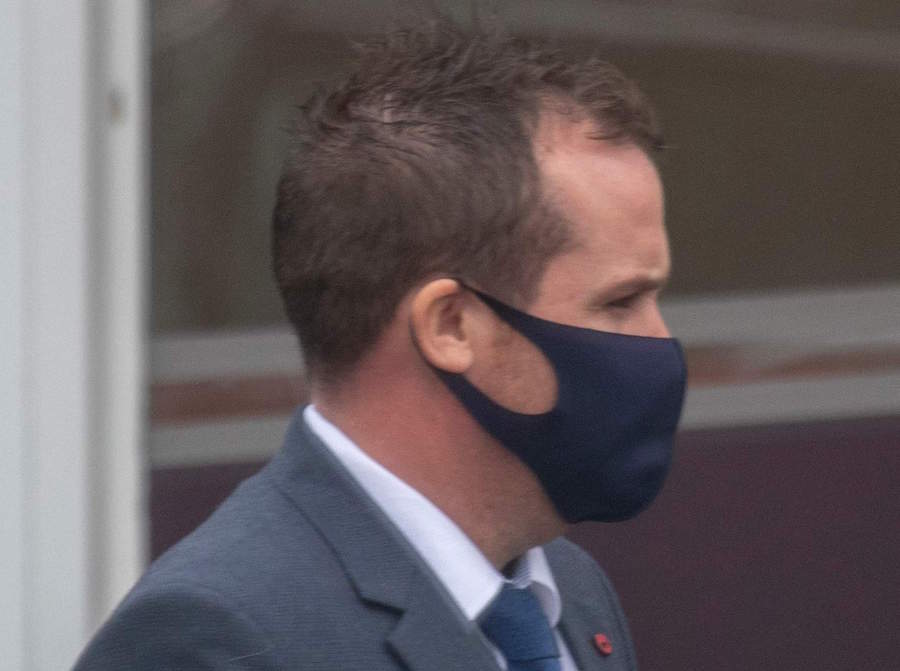 A young woman has told how she woke up on her way home from a hen night with friends to find a man sexually assaulting her in the back of a taxi.

The woman relived her horrific ordeal as her attacker appeared at Letterkenny Circuit Court.

Mark Patterson, aged 35, has pleaded guilty to sexual assault in the taxi which was returning from Derry to the border village of Lifford in the early hours of January 21st, 2018.

Detective Garda Eoin Waters outlined the details of the attack which took place around 3am on the morning in question.

The court heard the woman was with a number of friends in a seven seater taxi and had fallen asleep during the half hour journey home.

Patterson had been in the same club as the women and had taken a lift with them.

Detective Waters said that when the woman woke up close to home she realised Patterson had inserted his fingers into her vagina without her consent.

She shouted at the taxi-driver to stop and the shocked woman told her friend what had happened.

The women went to Lifford Garda station immediately to report the incident.

The victim was taken to a Sexual Assault Treatment Unit, had her clothing taken for forensic examination and was examined by a clinical nurse.

Detective Waters said he spent a number of months trying to contact Patterson who lives across the border in Sion Mills, Co Tyrone.

He finally came to Letterkenny Garda station on April 16th, 2018 but denied he had touched the woman physically at all.

Giving her victim impact statement, the woman said she is still physically ill every time she relives the nightmare of being attacked.

She spoke of her “utter shock” at waking up to find her dress pulled up and the accused inside of her.

She bravely addressed Patterson saying his life had continued while she continued to live a nightmare.

She said “No matter how many times I wash I will never be able to get what you did off me.”

The woman said she has a number of brothers and was used to the company of men but can no longer trust men after what happened to her.

She added how she had to be tested for sexually transmitted diseases and was even offered birth control after what she had been through.

She added “Nobody sees the emotional burden. I will have to carry this burden for the rest of my life.”

Barrister for Patterson, Mr Shane Costello, SC, said  his client, who was on a stag night and had been drinking, had no memory of what he had done.

“He initially wanted to contest the matter because he could not accept that he violated a young woman like he did,” said the barrister.

However, when confronted with the DNA evidence he has now accepted what he did and was utterly remorseful.

He added that his client had lost his job after the incident became known and that he was truly sorry for what he had done.

Judge John Aylmer adjourned the case for sentencing to next week.