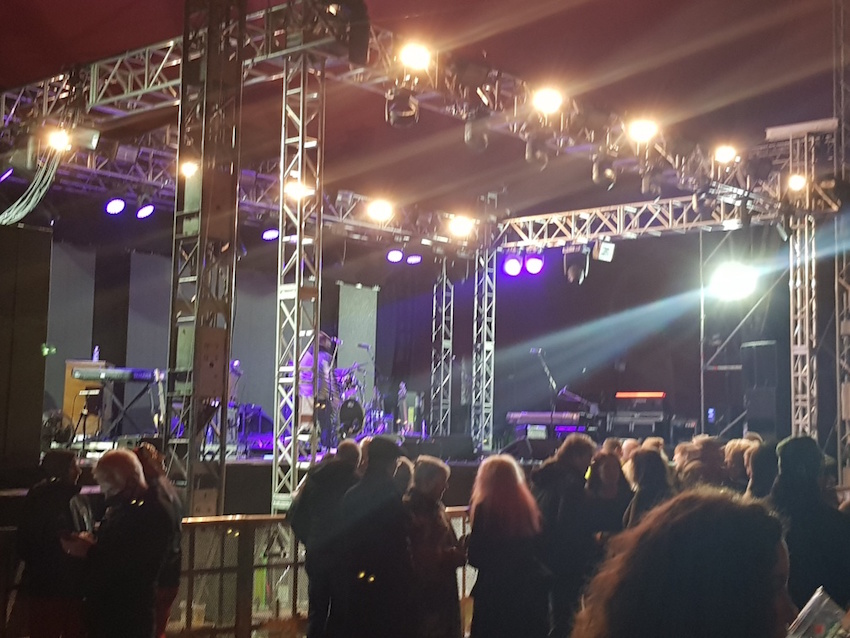 Music fans were left disappointed and angry after The Waterboys pulled the plug on their gig at last night’s Fomhair Festival in Gaoth Dobhair at the last minute.

Fans traveled from across the country to see Mike Scott and band play at the event.

However, after initial technical difficulties, the band announced they were cancelling their performance because of strong winds.

Mike Scott later tweeted that they did not think it was safe to play the gig for which an estimated 1,500 fans turned up.

He wrote “Tonight’s show at Fomhair Festival in Geeedore (sic) has had to be cancelled for health and safety reasons and power supply problems. It was not safe.

“We apologise to all who came to the show and are disappointed.”

The event promotor has yet to release a statement on the cancellation but it is understood the decision was completely out of his control.

Some fans at the gig claimed the wind was not bad at all.

Many fans on Twitter and Facebook who were at the gig asked Scott for a full explanation on why the band didn’t play the gig.

Kevin Magee tweeted “How the Waterboys treated their audience tonight was appalling. No one from the band addressed the crowd to explain anything.

“Clann Mhic Ruaraidh played beforehand and there were no safety issues. A lot of disappointed people who’d traveled long distances to see them.”

Maedhbh Rogan tweeted “Gutted tonight. Traveled for four hours to get there.”

The overall event which included gigs by other acts who played earlier in the week including Picture This was a huge success.