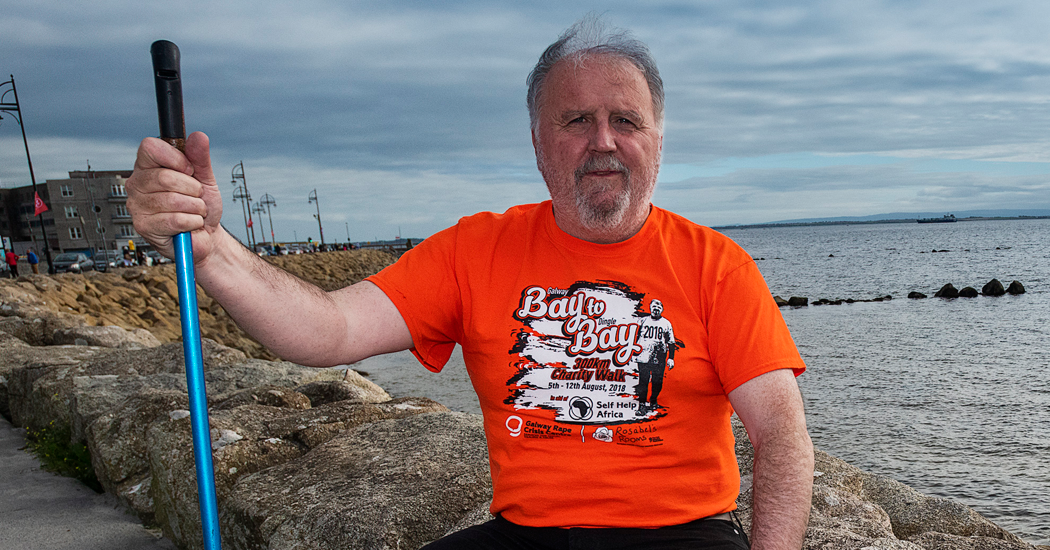 An inspirational charity worker will be putting his best foot forward on a week-long ‘Bay to Bay’ Charity Walk of Life, starting from Donegal this Saturday.

Offaly and adopted Galway man Ronan Scully is about to begin his 4th Bay to Bay charity walk, this time in memory of his young niece Aoife Doyle Scully who passed away tragically in a road incident in 2020.

Ronan’s 350km trip from Donegal Bay to Galway Bay aims to raise much needed funds for some worthy causes especially Self Help Africa and some charities close to his heart. The money raised will go towards helping children and young people in need in Africa and Ireland. 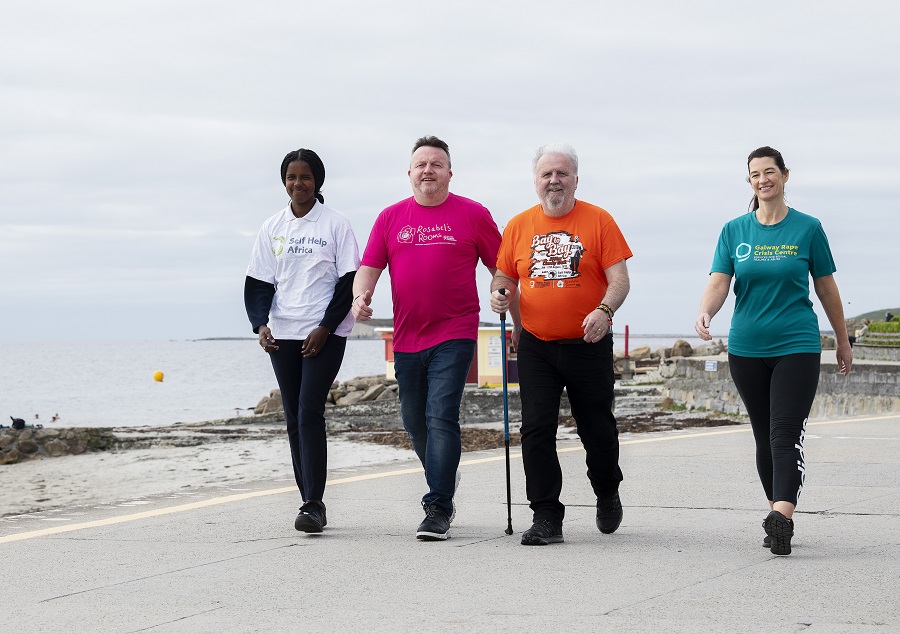 This year’s charity Bay to Bay walk is dedicated to the memory of some of his deceased family members and greatest friends, especially to the memory of his young niece Aoife Doyle. He will also remember his great friend and fellow walker David Lohan, his amazing friend, Irish Times journalist and colleague Mary Hunt, his superhero cousin the great Fr. Tom Scully, his fabulous gentleman Uncle Jim Flattery and his amazing Aunty Terry Colsh as well as other family members and friends who all passed away recently and who always supported Ronan with his charity work.

Having worked for a number of years with Mother Teresa’s Missionaries of Charity in Calcutta, Ronan Scully then spent more than a decade in India, Nepal, Angola, Ethiopia, Kenya and Sierra Leone, and continues this work over the past 28 years as a representative in the West of Ireland with Self Help Africa. 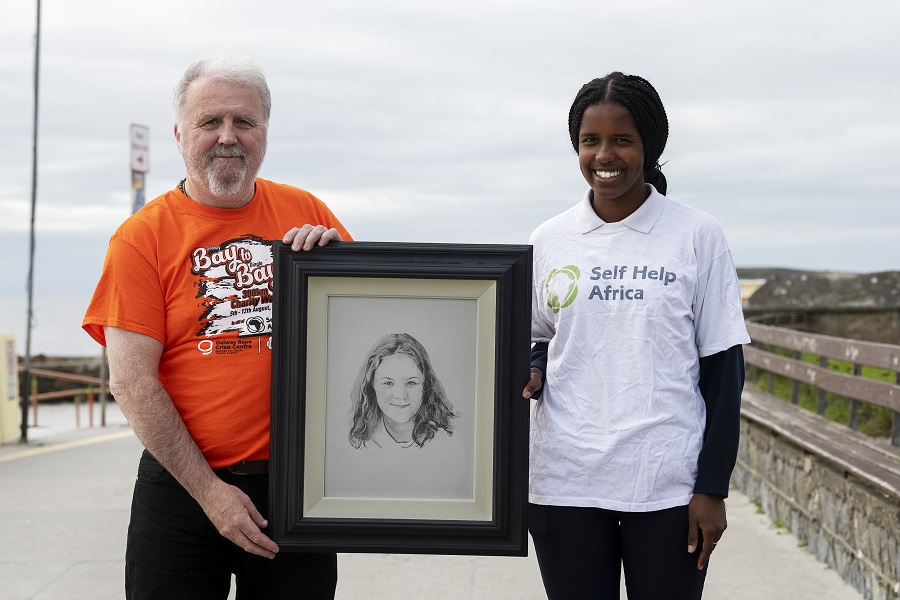 Ronan Scully and his daughter Mia launching the ‘Bay to Bay’ Charity Walk of Life, in memory of his young niece Aoife Doyle Scully who passed away tragically in 2020.
Photo:Andrew Downes, Xposure

The upcoming 350km trip is a sort of Irish Camino for Ronan and friends and will start from the parish church in Donegal Bay, Co. Donegal on Saturday,  6th November next, and will conclude with a 5k charity walk which everyone is invited to take part in on the promenade in Salthill, Galway, on Saturday afternoon at 3pm on the 13th of November.  All are welcome to join him at the Claddagh Hall in Galway to walk the Salthill Prom for this event and register at the Claddagh hall that day for the 5km walk and make a donation of €15 or whatever people can afford towards the charities and no amount is too small.

Ronan is also asking people to do a Virtual 1km or 5 km or 10 km walk or whatever distance people can walk during that week in support of his walk and make a donation or get sponsorship and donate it to the charities involved.

Ronan will be joined at different stages of the walk by family, friends and supporters, on his prayerful and reflective journey down through the west coast of Ireland and across the stunning and beautiful Galway Bay. Ronan would like to thank those who have to date donated funds to the charities who will benefit from the walk – Self Help Africa, the Galway Rape Crisis Centre and Rosabel Rooms in partnership with The Irish Hospice Foundation.

“We have a number of social events and gatherings arranged along the route, and there will be various sports people and others joining me at different stages of the trip,” he said.

“The Irish people are amongst the most generous people in the world. I feel very blessed, privileged and humbled to be able to do what I do, and to know that so many people have been willing to give their time, their hard earned money and their efforts to support a host of good causes.”

Participants are welcome to join Ronan at any stage along the route but especially on his final 5km walk along the Prom in Galway at 3pm on the 13th of November, or to donate directly to his appeal at www.idonate.ie/AoifeDoyleScully or by contacting any of the charities or at ronan.scully@selfhelpafrica.org