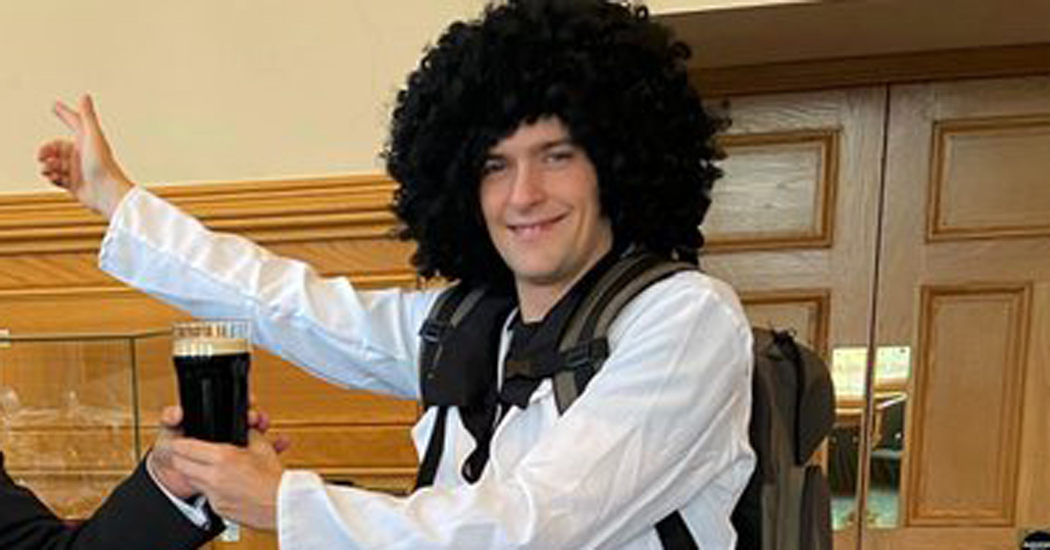 A Derry skateboarder has gone viral on social media after being filmed speeding down a street while drinking a pint at Halloween.

And not a drop was spilled.

Mr Hill’s hilarious feat has been viewed 250,000 times on Twitter, with some commenters seeing the clip as “Derry at its best”.

The video also caught the attention of the Mayor of Derry City & Strabane District Cllr Graham Warke, who met with Mr Hill yesterday for a pint.

Mr Hill arrived in his full roller disco ensemble for the meeting.

Cllr Warke said it was “brilliant to welcome the man of the moment Joe Hill to the Parlour following his dare devil roller skate down Waterloo Street on Sunday night. Joe confirmed to me that his pint remained intact following his descent in testing conditions.”

For breaking news from Derry, visit our sister site: www.derrydaily.net