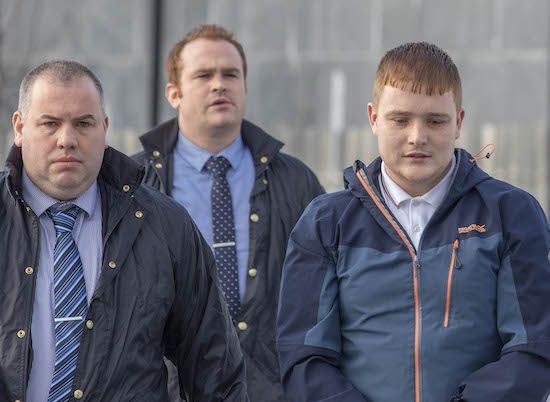 Man involved in Glenties shooting to be sentenced in January

A 24 year old man had pleaded guilty to a range of charges arising out of a shooting incident in Glenties in which houses and a Garda car was shot at.

They include five charges of criminal damages and five charges of having possession of a weapon with intent to endanger life or cause damage to property on February 22nd, 2020.

Dowling, of Burren Road, Carlow, spoke only to plead guilty to all charges.

The accused was charged with having possession of a Tikka 3X rifle, ammunition and a hunting knife.

He is also charged with causing criminal damage to a number of private properties in Glenties as well as a Garda patrol car and also a BMW car.

It followed an incident in the early hours of February 22nd, during which shots were fired.

The court was previously told by Detective Garda Enda Jennings that Dowling was arrested after he had visited Donegal on a hunting trip with his uncle and nephew.

Barrister for the accused Mr Colm Smyth, SC, said a probation report had already been carried out on Mr Dowling.

Judge John Aylmer adjourned the case for sentencing to the next sittings of the circuit court in January.

Man involved in Glenties shooting to be sentenced in January was last modified: November 5th, 2021 by Stephen Maguire
Facebook0Tweet0LinkedIn0Print0