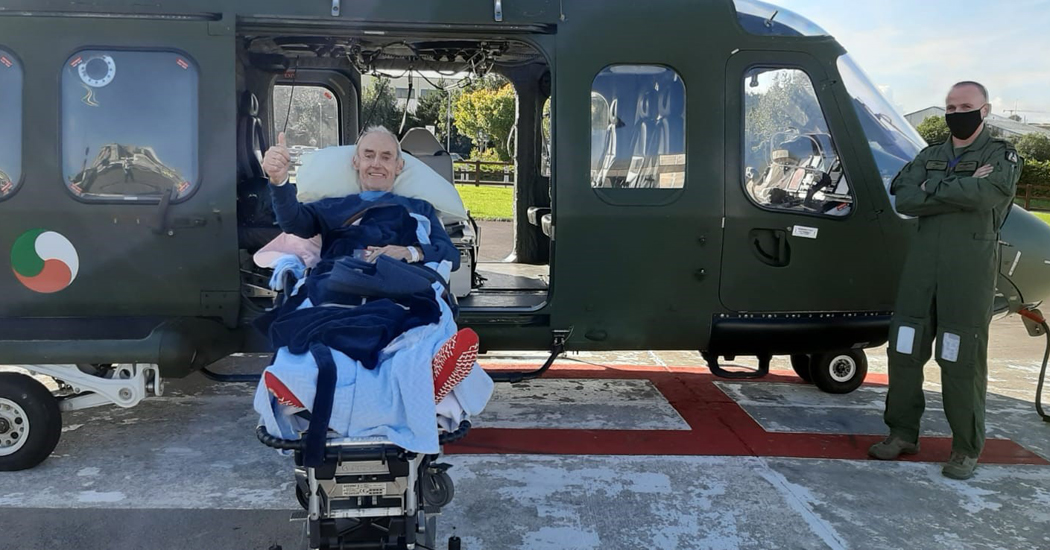 A man’s last wish of returning home to spend his last days in his beloved Donegal was granted last month, thanks to the compassionate efforts of Donegal Hospice, the National Ambulance Service and the Defence Forces.

Patrick (Pat) Diver of Church Street Ramelton, who had rarely left Donegal and had never been on an airplane, was referred to Palliative Care in Galway University Hospital.

Unfortunately, Pat became very unwell and his family were called and advised that his condition had significantly deteriorated.

Pat’s wish was to return to Donegal. Donegal Hospice were contacted and were able gave him an urgent bed.

Pat’s family said the relief that Pat was getting home was palpable and visible, he brightened up and spent those final days before he passed away with his family around him in his beloved Donegal. He passed away on Tuesday 12th October.

Pat was delighted to get his photo taken as he was being brought home and could not have happened without teamwork between services.

Donegal Hospice Palliative care services have been in operation since 2003.

Palliative Care is care given to improve the quality of life of patients who have serious or life-limiting conditions. This means a condition, illness or disease which is progressive and cannot be cured. 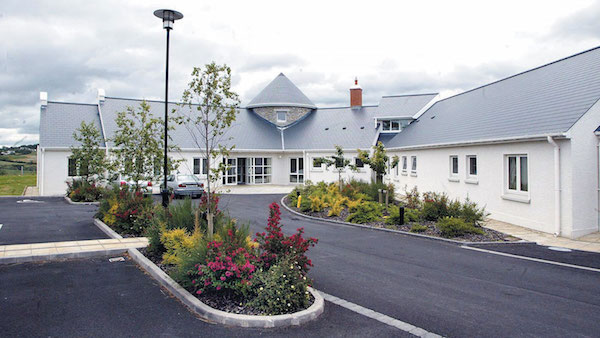 The Donegal Hospice in Letterkenny.

The team, made up of Consultants in palliative medicine, doctors, a Director of Nursing, an Assistant Director of nursing, nurses, a Social worker, an Occupational therapist, physiotherapists, pharmacists, care assistants, household staff, administration staff and volunteers, aims to provide a seamless link in the flow of care between the hospital, the Hospice in patient unit, and community palliative care.

This service compromises of a dedicated eight bedded in patient unit based in Knocknamona Letterkenny Co Donegal.

During 2020 a year where the country was locked down for the majority, Donegal Palliative care provided specialist palliative care to more than 3,915 people in their homes.

In addition, 149 patients were admitted to its Inpatient Units for symptom management and end of life care.