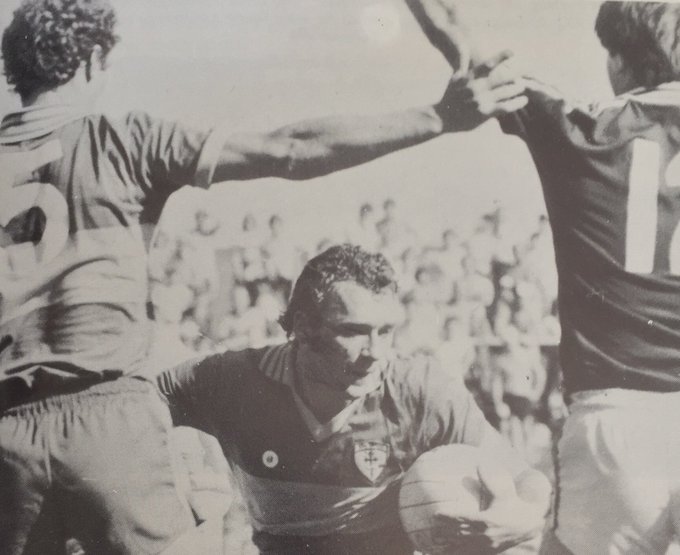 There has been widespread shock and sadness this evening following the sudden passing of former Donegal and Sean MacCumhaills GAA legend, Martin Griffin.

‘Big Griffin’, as he is affectionately known to thousands of adoring Donegal fans, made a huge name for himself since his debut for the county in 1973.

He was also a member of the last MacCumhaills team to win a county championship, in 1977.

At the age of 36, he was recalled by Brian McEniff for the Ulster Final in 1990.

He is pictured above,  in action during the 1983 All Ireland semi-final defeat against Galway.

He attracted many admirers with his commanding performances at full back and mid-field.

Standing almost six-four and built like a tank, the former Donegal County Council employee was once described by McEniff as a very tough man.

“He dug the roads, a naturally tough man,” he said.

To describe Griffin as a legend in Donegal is no overstatement considering he is often chronicled as Donegal’s best player ever by none other than Martin McHugh.

A fierce competitor on the field, he will be remembered as a gentle giant off it.

Funeral arrangements have yet to be released.