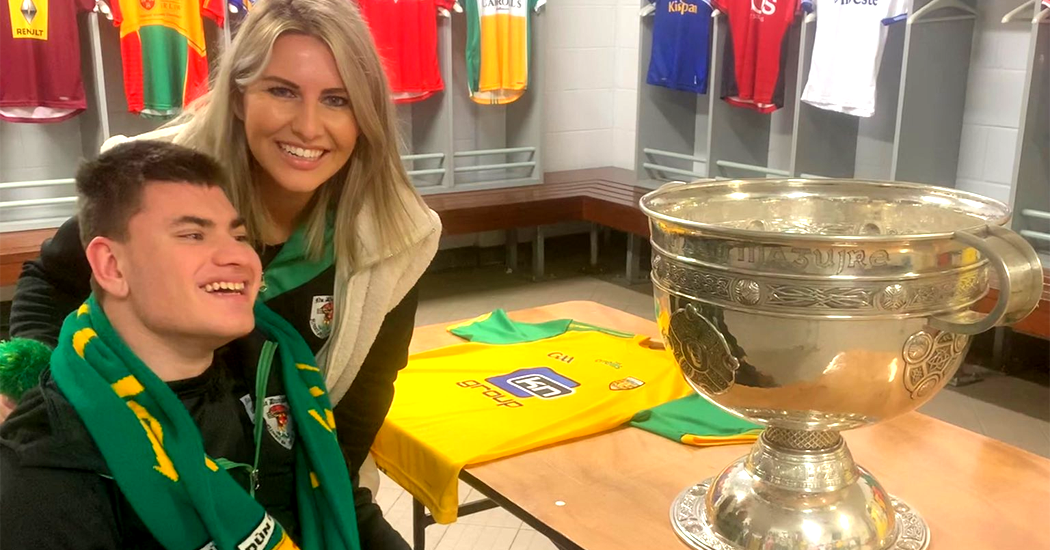 Dreams come true as Oisin sings all the way to Croke Park!

An inspirational Donegal teen enjoyed the trip of a lifetime to Croke Park last week thanks to the power of social media.

Oisin Roberts Browne from Carrigart had one dream – to sing The Hills of Donegal in Croke Park.

When he told his mum Tanya about his wish, little did they know that it would happen in just a few weeks’ time.

But last Friday, Oisin and his family toured the stadium, saw the Sam Maguire Cup, and sang to their hearts content. 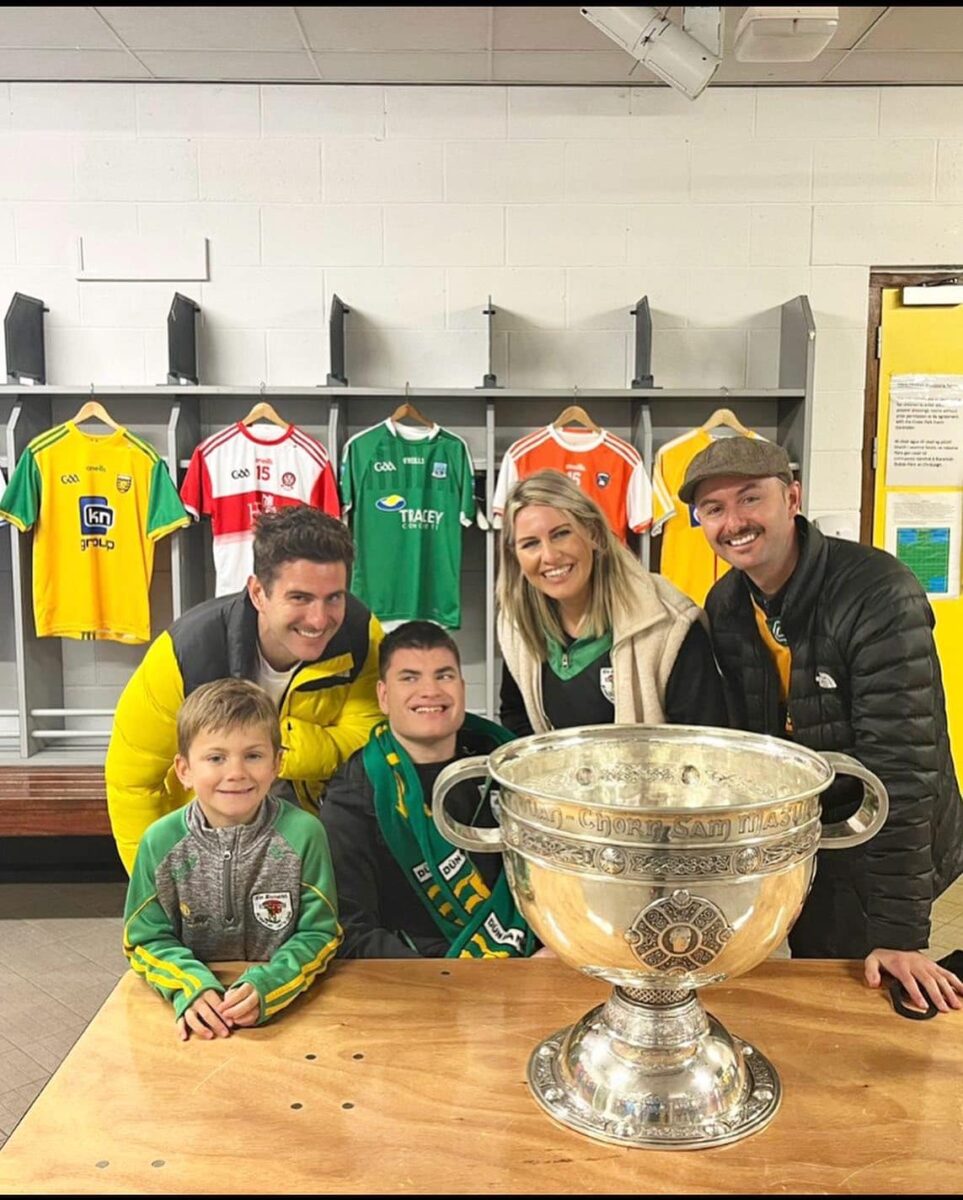 The wish was made possible through Twitter. In mid-October, Tanya posted a video tweet of Oisin telling her about the one place in the world that he wanted to visit.

Oisin, a student at Little Angels Special School, has Cerebral Palsy and Autism. He loves to sing and has a great talent for learning songs.

Soon, Oisin’s wish to sing in Croke Park caught the attention of some influential people.

Tanya tells Donegal Daily: “I didn’t expect the reaction it got and within a day or two it had 90k views. After hundreds of people tagging Croke park online they reached out with dates for Oisin to visit.”

CLG Na Dunaibh Club Secretary Hugo Mc Clafferty got Oisin’s story on the national airwaves and then Pat Gallagher from Goats Don’t Shave got in contact to say he will play guitar for Oisin soon.

The Roberts Browne family enjoyed a ‘fantastic’ day at Croker on Friday, all thanks to the team at the visitor centre. 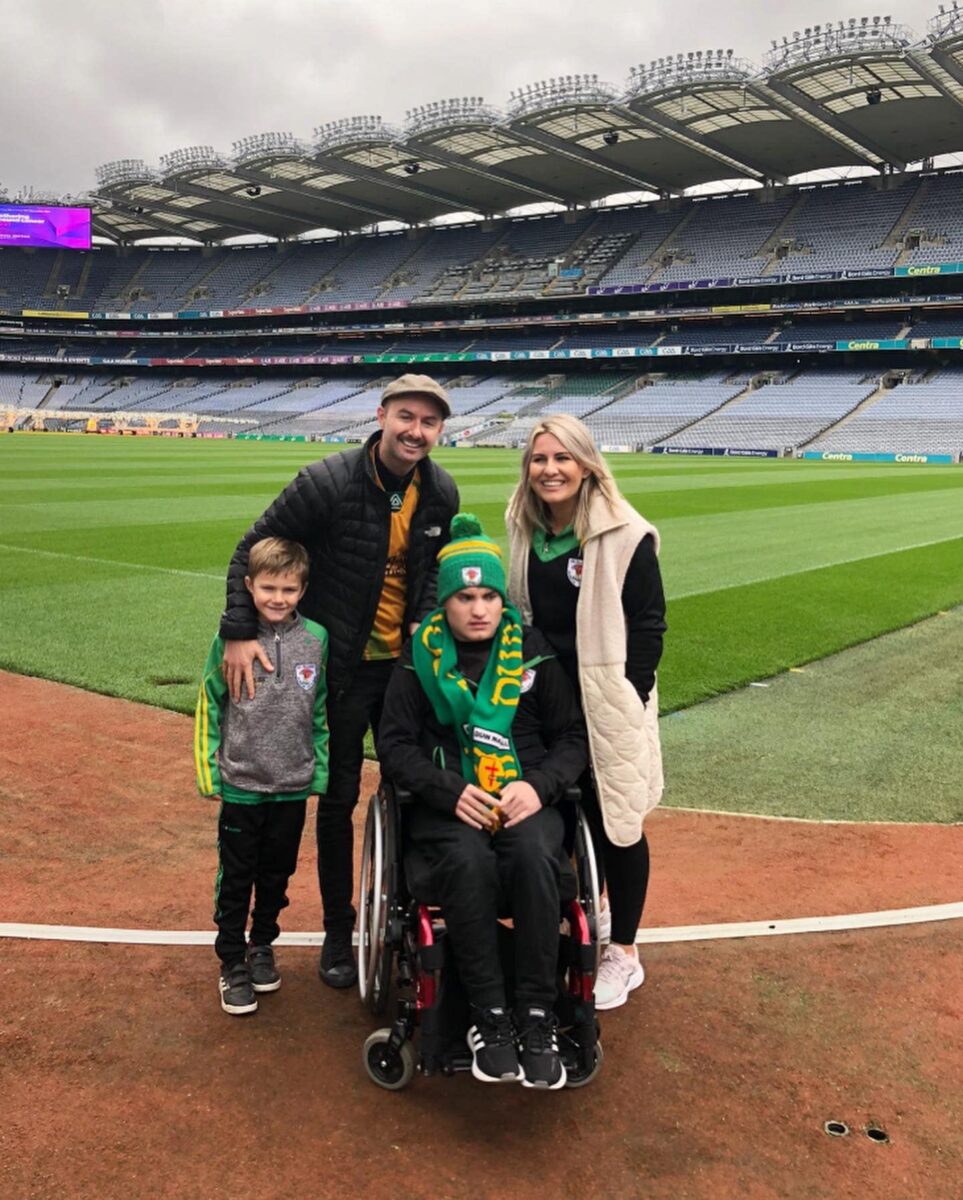 “They took him in to see the Sam Maguire then and we were treated to lunch and Oisin got a goody bag,” said Tanya.

Oisin and his brother proudly wore their county colours for the special occasion too.

“He’s been a Donegal supporter from a young age and his favourite player is Michael Murphy,” Tanya said.

“Thanks so much to Croke Park for making Oisin’s day so special.”